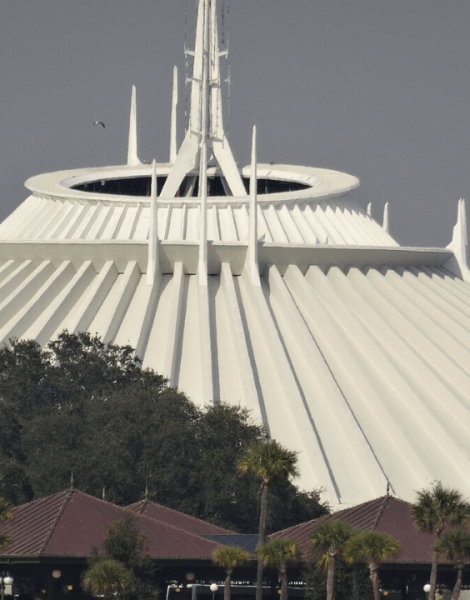 Teaching our Children to Overcome Their Fears

“Noooooo,” my older son yelped as we got near the front of the ride, backing away.

My first reaction was annoyance. I thought, “We’ve talked about this for weeks, if not months, and you’re going to back out now?” We were about to get on Space Mountain at Disneyland, my favorite roller coaster in the world. Riding on the one at the Magic Kingdom when I was in third grade captured my imagination and sparked an unexpected love of thrill rides. My son—who loves roller coasters—had been desperately looking forward to it. Or at least he had until right then.

I took a breath and tried to shift my attitude. “What’s wrong, honey?” I asked, trying to sound sympathetic.

“Ummm,” he mumbled, not quite being able to articulate what struck such fear in him.

Seeing people behind us coming through the Fast Pass line, we moved to the side and let them by as we considered our next move.

He squinted at what was ahead of us. “What is that?” he asked, pointing to a large white spaceship-looking thing hanging from the ceiling.

“I think that’s just a decoration. You actually ride in those little cars,” I responded, pointing to the little rocket-ship rollercoaster cars on the track. They looked a lot more like something he had experienced before. A look of recognition passed across his face. “Do you want to go up closer and get a better look?” He nodded.

We slowly walked up the path, waving more people past us. As we approached the track, he became more and more confident and comfortable. When we got to the front, I asked, “So what do you think? Do you want to try?”

We piled into the rocket-ship car, hooking in our seatbelts. The car chugged up the first hill, passing through the technicolored “space launch” area. It plunged into the darkness, obscuring our path forward. Tiny lights sparkled around us, filling our vision with the feeling of deep space. We sped up and dipped down, speeding around the twists and turns.

Finally, the ride came to an end, stopping back at the take-off area. “So, what did you think?” I asked. He was grinning. “Great!” he responded. “It was a little loud though.”

So often, we let fear and unexpected barriers keep us from moving forward with things we truly want. While I suffer from anxiety myself, I think the one thing that’s truly kept me moving forward is that I’m so strong-willed that I just ignore the fear. Admittedly, it doesn’t always work out—I have plenty of ill-judged decisions to attest to that. But there are so many things—traveling by myself, live storytelling in front of an audience, even having kids—that have shaped my life that I would have missed out on if I gave into fear.

I want to continually teach my kids the lesson that I hope my son learned that day at Space Mountain. I never want to force them into an unnecessary experience that they truly don’t want to do. At the same time, I don’t want them to avoid valuable experiences because of fear. I want them to follow their passions and explore new experiences. Beyond the fun of roller-coasters or personal opportunity, tackling difficult issues like racism or confronting injustice can be uncomfortable and scary.

Our kids need the emotional resilience and strength to be able to take on these challenges.

It’s a tough balance. Sometimes we get it right; sometimes we get it wrong. The key is simply trying. Providing gentle support and being there with loving guidance. As one of my favorite bloggers, Glennon Doyle, says, “We can do hard things.” Our kids can too, if we give them the emotional and mental tools to do so.

This #RealityMom or #RealityDad has graciously agreed to share her word baby with our site and we are eternally grateful.
All Posts
PrevPreviousThe Science of Black Friday Shopping
NextHow to Screw Up ThanksgivingNext