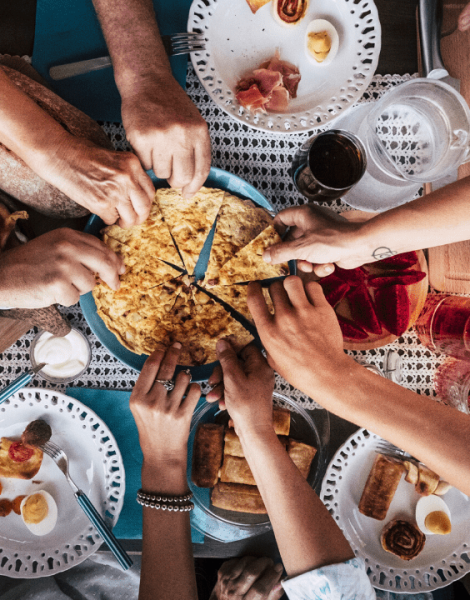 When our children prepare to graduate from high school or college, we as parents often struggle in a tug of war over power with them. We spend years shaping them into the adults we hope they’ll become, but inevitably, their future is determined by the choices they make—whether we agree with them or not. Relationships between parents and their adult children can become strained during this time, which is why it’s so important to know when to let go and to let them be independent.

I know several parents who suffer from “empty nest syndrome“, and letting go of their adult children has been a challenge. As for me, I was thrilled when my children matured and became self-sufficient.

There have been times when I haven’t always gotten along with my children. We’ve had our share of disagreements and hurt feelings. But rather than dwell on the growing pains of change in our relationship, I prefer to celebrate the positive side of being a parent to my adult kids. And there are so many reasons why…

I’m never lonely. I socialize with my kids most weekends, and they’re my best friends. I can trust them and confide in them on just about anything. But I also have to be prepared to face their criticism, because they have their own opinions and will tell me if they disagree with something I’ve said or done. For example: when I saw a cute little wombat on television and decided to adopt one off Amazon, they stopped me. They also prevented me from ordering a life-size squirrel costume as a birthday gift for their father. I can’t believe they thought he’d prefer lower bowl tickets to a hockey game.

I no longer have to support my children financially. Unless, of course, there is a shortage of kale chips and quinoa. The money I’m saving now goes directly into a hormone therapy fund to combat my menopausal tendencies. It’s a win-win for all of us.

We can have healthy debates on politics and religion (even though we are on opposite sides of the aisle). Just like Congress, we can never come to a total agreement…but that’s okay.

We like the same music. My adult children now have an appreciation for the old school tunes from the 70’s and 80’s, and I appreciate their genre of music….kind of. At least I tell them I do.

They clean up after themselves when they visit. The only time it gets a little crazy is when they bring their dogs over. That’s when my house turns into “The Hounds of Baskerville”, and things get pretty messy.

We can share libations together at a party. It’s all fun and games until someone loses a shoe and ends up hungover the next day. But it isn’t me—I already paid those dues during my own youth.

They share my sense of humor. When they hear that their father (in his youth) thought it was smart to quit his job and drive from Missouri to Florida during the heat of summer in an un-airconditioned 1972 Fiat, they think it’s hilarious. Who else would move across country in a vehicle the size of a clown car? Like me, they find humor in every one of their father’s unfortunate decisions. 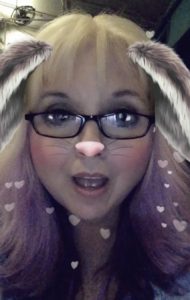 We keep in touch almost daily. The beauty of social media allows us to share embarrassing memes with each other on Facebook and Instagram, or send one another Snap Chats of ourselves with distorted faces and animal ears. Okay, I’ll admit, I’m the only one wearing the bunny ears.

As adults, we have a mutual respect for one another. I’m proud of them for being resilient, self-sufficient people, while they appreciate my ability to simultaneously write a paper check and actually speak to a human being on the phone, rather than send a text.

I really do love being a parent to my adult children. Despite the occasional argument over how many pets are considered to be a hoarding habit, we are a close bunch. Because of them, I enjoy eating kale and quinoa while listening to rap music. And I’m damn proud of it.

This post originally appeared on Menopausal Mother. It has been reprinted with permission.

Marcia Kester Doyle is the author of “Who Stole My Spandex? Life In The Hot Flash Lane.” Her work has appeared on sites such as The Washington Post, Cosmopolitan, Woman’s Day, Country Living, Good Housekeeping, Huffington Post, House Beautiful, Hello Giggles, The Fix, Ravishly, and many more. She lives in sunny south Florida with her husband, four adult children, one feisty granddaughter, and three snoring pugs. You can find her on Twitter and Facebook.

This generous #RealityMom or #RealityDad has shared their wisdom with us.
All Posts
PrevPrevious6 Things You Should Never Say to a Pregnant Woman
NextFinding a Calm Amidst the Corona-chaosNext