I’m guilty of it and I know there are a thousand more parents guilty of doing the same. Calling their children by the wrong name. In some families, it’s a running joke. Growing up, and after having my own children, I figured the mistake was due to stress or a busy schedule. But recently I learned there is a psychological reason why parents call their children the wrong name.

A few years ago, researchers at Duke University’s Noetics Laboratory delved deep and asked a simple question, “Why do we often accidentally call the people we know by the wrong name?” Researchers asked 1,700 people if they ever called someone by the wrong name. They then examined their relationship to that person. They found that within social groups, like families, when people called someone by the wrong name most often it was the name of another family member. Not because they look alike or shared a similar name, but because of the connections our brain makes.

Apparently, when we take in information, we store it in a semantic network (don’t worry, this won’t get too technical). And as we attempt to make connections (for example, trying to identify our child by name), it triggers more information that is closely related (in this case, the name of another child). Pretty much if you’re thinking of one kid, your brain automatically starts making connections to your other child or children. This increases the likelihood of an error. A phenomenon researchers refer to as misnaming.

So, if you find yourself over the holiday break calling your children by the wrong name, no need to make a big deal out of it. It just means you associate one child with another. Either that or you need a break. I’m betting on it being both. 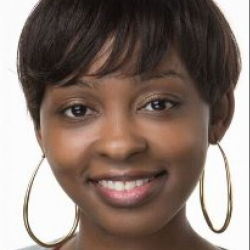 Latanya Muhammad
Latanya Muhammad is a student advisor, group facilitator and freelance writer in Maryland.When she is not writing, she is wrangling her two children and husband.To read more of her work, or to interact, visit her website SheTanAgainWrites or find her on Facebook and Instagram.

Latest posts by Latanya Muhammad (see all)
2019-12-26
Previous Post: The Ugly Reality of Parenthood
Next Post: The Diaper Continuum: From Clean to Why Did I Reproduce?

OMG. We figured out how to get our puppy exercise during Covid! 🤣 ... See MoreSee Less

Maybe we should look at how we have raised our kids to think about anger. Growing up I was often told, “You’re not mad, you’re just hungry.” Or tired. Or… ... See MoreSee Less

Anger is a typical, healthy emotional response to outside stressors. How do we help our teens feel anger without going overboard?
View on Facebook
· Share