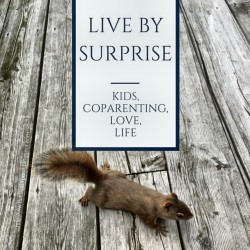 Lola Marguerita (Editor in Chief)
Lola the Editor in Chief at RealityMoms and looks after our stable of fantastic writers and contributors.Lola is rocking forty-plus-year-old working mother who remarried after a terrible divorce and is co-parenting with her difficult ex. She has three amazing kids and one fur baby. Her work has been featured on ScaryMommy, HuffPost and The Mid, and she’s a contributing writer at DivorcedMoms.com. You can also check out her blog: Live By Surprise.

Latest posts by Lola Marguerita (Editor in Chief) (see all)
2019-12-28
Previous Post: Why Do Parents Call their Children by the Wrong Name?
Next Post: The Magical Age When Parenting Gets Easier