We refer to their nightly doses as their “meds.” As in, “Are you ready to brush your teeth, or do you still need your meds?”

Please know, I’ve consulted their pediatrician. What she disapproves of is calling a supplement “medication”. Otherwise, her only input is making sure we were giving each child an appropriate dosage based on age and weight. Ironically, perhaps, my husband and I were far too conservative in our dosage.

When my son was little, we tried every method of sleep training. I talked at length to the pediatrician, I read articles, I pumped all my friends who had children for ideas.

Our kid would not go to sleep. And yes, we let him cry it out.

When he got a little older, he got over it, and when we put him in his crib and he would party like a rockstar. Sometimes we would cave after a few hours, and let him come watch TV and snuggle with us. We’d try whatever it was for a few months, and then try to find something that worked better. The success rate with any method was about 50%.

Our children are only 18 months apart, so we got to reboot sleep training with my daughter. Several times. We had strict timing and the exact same rituals for YEARS.

When he was still going down for a 2-3 hour nap during the day we rolled with it. It wasn’t great sleep, but at least he was getting close to what all the charts said he should.

The real horror show started when he began refusing quiet time during the day. If he wouldn’t go down, then my daughter would force herself to stay awake as well. Every day I would spend hours trying to get my little Rebels to sleep. My best bet was loading them both into a double stroller, and walking until they both passed out. Only, I had to keep walking, or they would wake up. Obviously, there were pros and cons to this particular strategy. Not to mention it had a limited practical application.

Regardless of whether or not they napped, my husband and I would repeat the process again at bedtime. It took both of us to get the kids down every single night. We each had to be by the bed of one child, and we couldn’t leave until the kid was actually asleep. Do you still think co-sleeping sounds crazy? I didn’t.

I thought insanity was spending our evening lying quietly in a dark room for hours, tickling my son’s hand, listening to my daughter’s light up seahorse play classical lullabies.

Once they got to sleep, we could only hope that my son would stay asleep. Most nights he either woke up and came into our bed, or he would get up and start roaming the apartment in the wee hours of the morning. Once both kids were in toddler beds, my wee people started having Rebel Raves at all hours of the night. We bought a king-sized bed so we could all crowd in and be comfy. Sometimes that worked. I kept the crib mattress under my daughter’s toddler bed so I would at least be less miserable when I had to camp on their floor to keep them in bed (so my husband could actually sleep).

By this point, I was practically terrified of sleeping, worried about what my kids would get into when I gave into exhaustion. See, I completely understood why my kids wouldn’t go to sleep. I’ve had the same problem my whole life. I keep going until I’m so tired I drop.

After years of banging our heads against walls, beds, and the floors while my husband and I bumbled exhaustedly through the days and nights, we took a friend’s advice and tried giving our son melatonin.

You know what happened?

Almost immediately my husband and I felt like we had won the lottery. We had the gift of TIME.

Then came the office visit where I shamefully admitted this practice to the pediatrician. I bumbled around telling her that we were only doing it two days in a row, then a day off, blah blah…she cut me off.

“Is it working for him? Does he go to sleep? Don’t bother taking the night off. His sleep is way more important than anything else. He needs it to function and grow.”

I remember it clearly because it was in that moment I realized I wasn’t a crummy mom, I wasn’t a selfish person, and we all needed to sleep.

Since then, my son has been diagnosed with ADHD and sensory processing disorder, and everyone agrees he inherited some of my own sleep issues. When our daughter started showing similar problems with relaxing her mind at bedtime, we began giving her melatonin as well. This time around, I felt no shame.

Is melatonin magic? Of course not. If it were magic my children, especially my son, would always sleep through the night.

What it does do is take most of the pressure and anxiety out of the equation. Like everyone, we still have battles some nights, but they are what I would consider to be in the “normal” range. I still need to rub my son’s back, but now it’s 5 or 10 minutes, not 90. My daughter still chatters her way to sleep, but she tires after a few minutes, instead of singing every song she’s ever heard twice.

Our routine used to last several hours and often wasn’t successful. Now it’s rare that we don’t have them sleeping in about 30-45 minutes.

Now tell me why we would give a flying fig what anyone (other than their doctor) has to say about it?

Disclaimer: Always speak to your doctor before trying any health supplement. 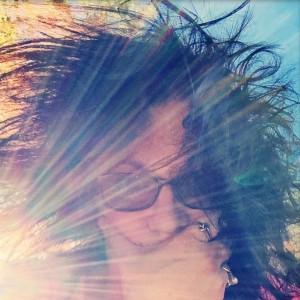