5 Things to Ask Your Teens and Tweens after Incredibles 2

“It was funny!” my teen said after the applause died down Thursday night at the end of Incredibles 2. After 14 years of waiting, we were so excited to see Incredibles 2 on the first night of the long-anticipated return of the Parr family to the big screen.

It did not disappoint! Both adults and teens really enjoyed Incredibles 2. It’s a wonderful summer film that appeals to all ages, which with such great Pixar characters is no surprise. What has surprised me a bit is the insightful conversations the movie has generated around my house after seeing the film.

How do you feel about the way that teens and tweens are portrayed in Incredibles 2?

My teen daughter brought this topic up on her own. She said that she really appreciated “that they developed the kids a bit more and that we got to know more about Dash and Violet” in this movie. However, she also felt like the portrayal of teen angst in the film was a bit too stereotypical. When we pointed out some parallels between my daughter and Violet, my teen softened her stance.

What do you think about the way screens are used to manipulate people in the movie?

The messages sent via devices these days can be tough to counter. Do your teens worry about that? Does this movie change the way they see them? It’s also a chance to make a plug for exercising caution and skepticism when using devices, as it illustrates that you may not know the identity or intent of someone behind a screen.

Does Incredibles 2 make you see your parents differently?

Mr. Incredible has a great moment where he explains how much he wants to be a good dad. And it’s not often that kids are face-to-face with parents struggling to balance work and home. See if your kids agree with Edna Mode’s proclamations, “Done properly, parenting is a heroic act.”

What can we learn from Edna Mode’s direct communication and attitude?

My teen loves Edna, with a passion. As we walked out of the theater, she asked, “So when does Edna get her own movie?” I think it’s a valid question.

I asked her why she loves Edna so much. She talked about how Edna says what’s on her mind and doesn’t sugarcoat anything. The characters know where they stand with her. She expressed her upset in one segment, yet still maintains a relationship. That’s not all that easy to do, but it’s not a challenge for Edna. She’s great at setting boundaries, and at being creative. She has both vision and confidence.

What can we learn about the way gender is portrayed in the movie?

Gender roles are huge in this film. You should aks what your kids thought about them generally. What do they think of Elastigirl heading back to work? Did they think that Mr. Incredible’s struggles at home were portrayed fairly?

My husband loved seeing the humor and hard work that came with being a stay-at-home dad, and thought that the film showed his determination to be a good father. I adored Elastigirl and seeing her relish in being back on the job.

My teen thought that they didn’t give Mr. Incredible enough credit, but loved that he had Frozone to help him out and that dads supporting other dads was really positive. I hadn’t thought of that, and love hearing the perspective of our adolescents.

The Parrs are easy to root for, both individually and as a family. See what your kids like best about the family. It could be their bravery, their interest in helping others, how they work as a team, the synergy of how their individual gifts are much more powerful when used together, or something else.

A version of this post originally appeared on Between Us Parents. It has been reprinted with permission. 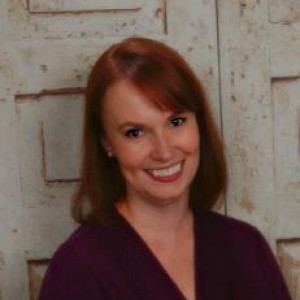