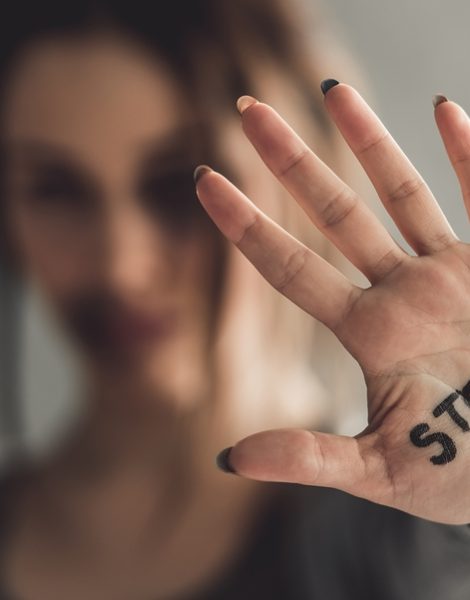 I have so many personal issues going on in my family move from Philly to San Francisco that I haven’t made it a priority to keep up with the news. However, one bit of information that I am not ignorant to is the many women coming forth with stories of sexual abuse, assault, and harassment. Starting with a name that everyone knows now: Harvey Weinstein. You know, the man who “allegedly” sexually assaulted God knows how many women in Hollywood.  Then high profile CEO’s, politicians, editors and on and on.

For me, someone who was destroyed by a male at the ripe age of thirteen, I finally feel relief. I want the conversation to continue so others can feel validated and relief from their similar sadness. I’m glad that people feel uncomfortable to hear the words “rape” or “sexual assault”. I’m glad that rape culture is finally in the spotlight and not being suppressed. It wasn’t just a 24-hour news cycle and the accusations aren’t taken lightly. Dear Roy Moore supporters, it’s not just any culture war. It’s war on rape culture. And that culture is not just about being raped. It’s everything to do with it and around it.

What really is rape culture?  The most important, in my opinion, is understand that women don’t “ask for it.” Women don’t dress, talk, walk or behave in a certain way because they want to be assaulted. Calling women and men liars when they have the courage to report their rape is just wrong. “She asked for it!” is not acceptable.

What else is rape culture? Telling sexually explicit jokes. Tolerating sexual harassment by not speaking up. Inflating false rape report statistics. (#RealityCheck-only 2-8% are false rape reports.) The worst is teaching women how NOT to get raped instead of teaching men NOT to rape.  When society blames girls for posting sexy selfies and leading their sons into desire instead of talking to their sons about their responsibility for their sexual decisions. The worst contributor? How we talk in the world. Think about it. The word f*uck is used all the time. Especially when we’re angry. Yep. It’s just a word. But I have two sons. If I use ‘tear you a new one’ as an insult, I’m contributing to the problem, not the solution. As a survivor of sexual assault, there are a lot of things said that are so triggering to me. Sure. Maybe I am digging. But if it hurts someone then why say it? It’s not being too politically correct if it’s reality.

Sexual assault, abuse, and harassment need to be defined too. So many women are coming forward and so many people think we’re just talking about rape or penetration. That is completely incorrect. It doesn’t have to be a dark, ugly, terrible movie-scene-like performance. Sexual abuse is any sort of unwanted sexual advances or suggestions. They can be physical advances or attacks, verbal suggestions or insults. Sexual assault comes in many forms. Obviously rape or attempted rape but also any unwanted sexual contact or threats. When someone touches any part of another person’s body even through clothes without that person’s consent. Sexual harassment is a form of prohibited harassment. It is defined as unwelcome sexual advances, requests for sexual favors and other verbal or physical conduct of a sexual nature.

Yes. Now that it’s defined, there is one hell of a rape culture problem in the world.

Rape culture exists because we don’t believe it does.  Saying ‘locker room talk’ when a man describes in detail what he wants to do or did do to a woman is not acceptable. Under any circumstances.

As the stories continue to barrel in from women (and some men) who were affected by another individual that violated their private space, I feel vindicated. I feel my own power returning to my childhood self. The little girl who never told a soul because she was scared that the people who loved her the most would deny her truth. The little girl who grew up with southern Baptist ideology. No sex before marriage. I learned that part well. It was the ‘what to do if’ that not one person in the religious community taught me.

However, my experience does not justify me as a sinner. My experience was tragic. So much so that when I became a mother it all came pouring out of my soul. One story at a time. Which dug so deep into a postpartum depression nightmare that I thought I was forever broken. A broken soul. Scared to be me because I would not be loved or believed.

Fast forward eight years from that dark time after having two beautiful children and I’m well on my way to being a survivor instead of just a victim. And yet still plenty of people in my life told me how worthless I was for what I was putting my family through in those dark times. Older women who were as my husband jokingly called ‘Bible thumpers’. As a Christian myself, I found that to be pretty on point.  Because their form of Christianity is not the majority anymore. At least in my part of the world where I live in a cul de sac with African American Christians on one side and four Jewish families on the other.

I have to tell you though…those feelings go both ways. There is a side of me loaded with anger especially towards the older women who continue to say that these women coming forward are liars. Gold diggers. Attention seekers. And even whores.  Lean in and hear this. It is not your story to tell.

Really? I’m sorry. But last I checked the women coming forward were children when assaulted. Children fear adults. And now that I have enough older women in my life to see and hear their lack of empathy I know exactly why I didn’t speak as a thirteen-year-old girl. I was taught it’s a sin to have sex before marriage. Sinners go to hell. I feared hell. As a thirteen-year-old, you only know what you know. Being condemned to an eternity in hell for something I had no control over? Not something my heart could handle at the time. And I paid dearly for it when I brought another child into the world.

How can a woman say that they don’t believe someone because they should have come out when it happened?  How can a woman vote for a man who says women love to be grabbed by the pussy? By saying it happened in the past you are saying that it does not matter in today. And by God, how does a self-proclaimed Christian woman think a child deserves shame for their actions? They are shaming these women for their strength to gain their power back from the worthless human beings who stole their dignity. Women moving forward in their lives because they gained the courage to speak out about their past too.  Which is why the #MeToo movement was so beautifully executed on social media. (And know that #MeToo wasn’t just raped women. It was woman and some men who were sexually assaulted in any form.)

About time older women shut up and lean in. Cause it’s about to get real around the world. God gave us a voice to use it. We should use it to speak up for those without a voice as well as those who refuse to use theirs.

Joey Fortman is the brains behind #RealityMoms. In 2008, after 20+ years in traditional media hosting radio shows around the country, Joey traded in the microphone for a diaper bag, struggling through her own personal crisis: unemployed, overweight, and lost in the land of mommy bloggers. Little did Joey know, her traditional media background would pave the way for success at Real Mom Media. As a sought after media magnet, Joey has been featured nationally on Good Morning America, Dr. Phil, Anderson Cooper, the Katie Couric Show, Dr. Oz, Redbook, The Today Show, The Talk, Fox and Friends & The Newlywed Game. When not at the sports complex with one of her kids, on an island or a grocery store run, or on Facebook Live with #RealityMoms contributors, Joey is obsessed with adult coloring.
All Posts
PrevPreviousREALITY MOMS PARTNER: 9 Ways to Pack for a Big Move
NextREALITY MOMS PARTNER: #MakeMoreMerry with Evite Invitations and Marine Toys for Tots FoundationNext