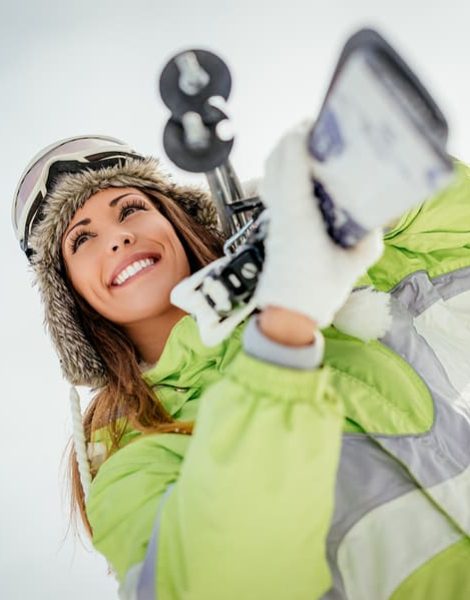 Have you ever thought about running away? Maybe grabbing an old friend and just taking off? Perhaps to some far-off mountains? I sure have…

And a few weeks ago, I actually did it. And that’s not even the craziest part. The crazy part was that I ran away to ski. Or quite possibly die trying, because I’d never even see skis in person.

As almost everything in my life does, it all started with an random, if benign, question:

How would you like to go skiing? We want to send you to check out a ski resort in West Virginia just after New Years.

Well, that’d be great, except I don’t ski. I’ve never tried. That’s one of my biggest fears, actually.

So…you’d be willing to take a lesson, right? 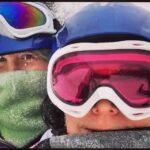 With that one question from our fabulous editor I threw out 42 years reasonable excuses. But since she wasn’t going to be there to egg me on when I strapped on the skis, I was going to need back up. Not just anyone. I wanted someone who was as inexperienced as I was at winter sports. I had no hesitation about leaving my husband to be a single dad for a long weekend, and I just as quickly knew which girlfriend needed to join me.

One of my oldest and dearest friends had been going through the ringer for months, so if anyone needed a weekend away it was her. Of course, the logistics would be tricky—as she lives on an island in Alaska, and would need to get to NYC to make the drive down with me. 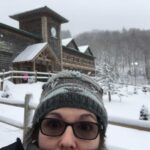 Texting her the invitation was a little like that moment when Hans proposed to Anna in Frozen: “Can I ask you something crazy?” Only I’m not a jerk like Hans turns out to be, and I was giddy with excitement when she crazily answered yes.

We’ve been friends for 30 years, we’ve both got young kids, and between us there’s not much we haven’t braved. If that isn’t the set up for an unlikely (and potentially epic) #RealityMoms Weekend, I don’t know what is.

After the familiar drive from NYC to West Virginia Eastern Panhandle, we arrived at Canaan Valley Resort, after dark in the midst of a snow storm. We dropped our bags, shook off the snow, and soon met our group in the Laurel Lounge. We were then treated to a fantastic dinner in the Hickory Dining Room (I’m not going to elaborate on all the scrumptious morsels we ate over our short stay, but suffice too say every bite I ate was wonderful, whether it was catered, off the menu, or from the cafeteria).

The next day we were up early to hit the slopes—NOT! We were up early, but it was to fuel up on a delicious breakfast before joining the group shuttle to Bear Paw at the ski area, where we needed to gear up before meeting with our ski instructors. 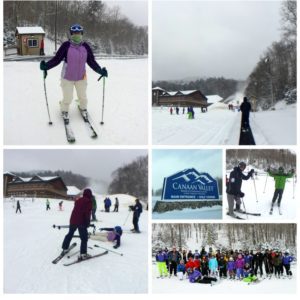 For a deer-in-the-headlights novice, the whole process of getting fitted for boots, skis, and helmet might have been the stuff of nightmares. Thankfully, all the Canaan Valley staff were more than accommodating. They helped us get into the right equipment, while also in easing our nerves. By the time we trudged out into the snow to meet the instructors for our first lesson I was confident we were in good hands.

We took a semi-private lesson in the morning, and in the afternoon groups of us took part of the World’s Largest Ski Lesson.

Canaan Valley Resort has an area called the Critter Crawl dedicated for lessons and novice skiers and snowboarders. Here they have a Magic Carpet conveyer to take you from the bottom of the gentle slope back to the top. The belt is manned at both ends, which was a fantastic help as I tried navigating my way on and off.

Despite the excellent efforts of our instructors (TA and Doug Hokum), neither my friend or I ever felt confident enough to leave the crawl. The bright side of this was I spent an entire day surrounded by newbies. Most had taken lessons and, like us, continued to practicing on their own, trying to decide if they were ready to tackle the Bunny Buster and the Sissy Schuss hills.

Throughout the day all of the instructors I saw were patient and encouraging, not only with me and my friend, but with all of their students. What set the instructors apart from the lay-people I noticed trying to teach a friend or kid was that the instructors offered a variety of ways to approach how one should maneuver on skis. Being given different ways to think about how to turn, etc. was the key, and why I would be unapologetic in encouraging any newbie or occasional skier, particularly children, to get a lesson from a certified ski instructor.

Being on a kid-free holiday doesn’t mean I took off my mom hat completely. I soon learned there are a number of lesson packages offered at the Ski School, including two different levels of  Children’s Programs. Beyond just a daycare program (also available), the “Ski & Play” package is a half day or full day young children. The prices include rentals, lift tickets, helmets, and a group lesson with an instructor.

At the end of that first day on skis we met up with our group at the charming Quenchers Pub for an après ski. After we returned to the lodge, we made our way to the Beech Pool and Fitness area, skipping the saunas in favor of a soak in the whirlpool.

As tempting as it was to join the ski patrol for first tracks on the slopes the next morning, my friend and I decided to take advantage of NOT having to rush anywhere. After all, we were on a mini-holiday, right?

So following breakfast we explored the lodge, discovering there were three separate game room/arcades, private meeting rooms, in addition to countless cozy seating areas in the open spaces throughout the lodge. With the Seasons Cafe offering made to order pizzas as well as grab and go foods, plus the main dining of the Hickory Room, and the Laurel Lounge all in the lodge, it wasn’t hard to imagine having a great time even if you weren’t interested in playing in the snow. Oh, and that’s without considering the spa services also offered in the lodge.

Having hit the gift shop for goodies, we bundled back up to brave the sub-freezing temps to make our way to the ski area at Bear Paw, arriving just in time to hit the food court for the second day to enjoy lunch. Fully stuffed, we opted to trade in our ski boots in favor of going tubing. 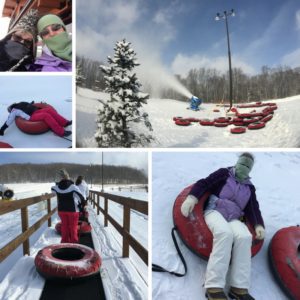 If you’ve never gone snow tubing before, I can honestly say there is nothing like it. At Canaan Valley Resort they have another Magic Carpet in their tubing park, so you don’t have to climb all the way up the hill. Instead, you ride up, taking in the spectacular views of the mountain. After your first run, you’ll do this while catching your breath, having screamed and laughed your head off the whole way down. Although you can take your individual tube down alone, I highly recommend going down as a group (up to 4 tubes). It was easily better than any regular sledding I’ve ever done, and not just because there was a snowmaker pumping out fresh powder at the bottom. Each tubing session is 2 hours, which is just about perfect, from what we experienced.

Although we didn’t get around to exploring the cross-country ski areas, and by this point my legs were jelly, my dear friend wasn’t leaving the resort without testing out their ice rink. So after dinner we scooted down the hill from the main lodge, she laced up some of the resort’s new ice skates, and boogied with a few other brave souls under the disco lights. Fortunately for me, there was a roaring fire to warm up by the rink, and another inside the rental area.

“Canaan Valley Resort Ski Area is in the highest mountain valley to the east of the Rocky Mountains and is known for breathtaking views of the mountainous region. The ski resort has a summit elevation of 4,280 feet above sea level, 91 skiable acres, four lifts – one quad, two triples and a magic carpet – a terrain park and ski school. With 47 trails and slopes, the Critters Crawl beginner area – a dedicated beginner instruction trail serviced by its own magic carpet – and ski school for private and group lessons, Canaan Valley Resort Ski Area offers a memorable winter adventure for every skier and snowboarder.” 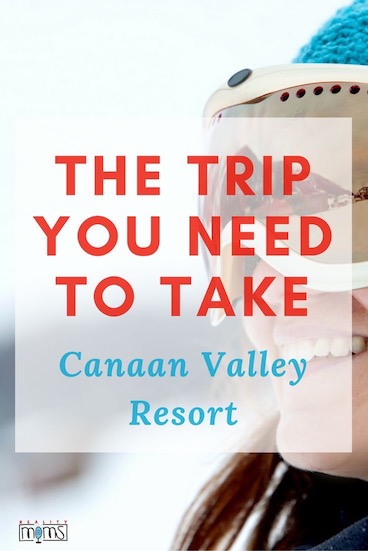 Serendipity Indigo is the self-proclaimed Queen of Silver Linings. She frequently writes about the struggle to find the bright side on her blog Mother of Serendipity. Although raised a military brat, she's called New York City home for the last 16 years. Now a wife & stay at home mother to her two young Rebels she can be found ranting, raving, looking for unexpected treasures, and committing random acts of photography. Most of this randomness is shared on her Facebook, Twitter, Instagram, Pinterest, and whatever other social medias the kids are into these days.
All Posts
PrevPreviousFive Reasons I Found My Second Baby Harder Than The First
NextPutting on my Game Face for the HolidaysNext