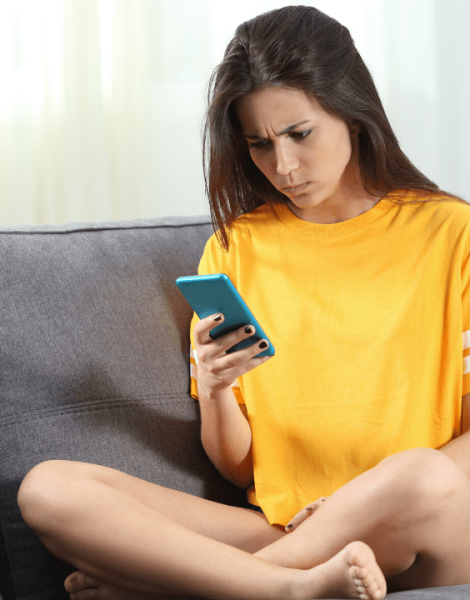 I could feel the sting of her words as soon as they left her lips; they burned a hole in my heart.

She was eight years old, laying on her bed shrieking and sobbing so hard she scarcely caught her breath. I watched her chest sink, then raise, her whole body quivered between gasps and bellows.

Again, “I HATE YOU!” the words scorched her throat before leaving her lips, piercing my ears. My heart sunk deep into my stomach, tears began to form in the corners of my eyes. My daughter hadn’t ever said these words before.

Nothing can prepare a parent for the moment their child chooses the words, I hate you. I don’t care who you are; something happens to your spirit when the baby you rocked to sleep for endless hours, purses her lips, and forms the words that take you from idol to enemy.

Something had taken my daughter, the devil maybe? She had lost control; I swear I watched her head spin.

I knew she didn’t HATE me, but it didn’t take away from the intense animosity I felt towards her at the moment. It’s not I was angry for her pungent words; the anger started long before she let hate spill from her lips. The argument was over something I don’t even remember.

We fight, she’s the epitome of me, my mirror. It just so happened it was one of those days.

From the moment, she terrified me during delivery, we’ve fought the – we are too alike – fight. We are the same people. We get on each other’s nerves daily.

She’s always been a spirited child (that’s code for unruly), this kid fought to be here, her stubbornness may be the only reason she’s alive.

Her harsh words hurt my heart

Yet, I was standing in the doorway of my miracle child’s room, wanting to grab her shoulders and shake some sense into her. I wanted to scream as powerfully as she was. I wanted to tell her how much her harsh words hurt my heart. I needed to stay calm, to be the adult, a ‘good’ parent.

At that moment, I was unusually angry, maybe even desolate, her tantrum had blown the entire house into a tizzy. Her older brother stood behind me concerned, but her mood, the outbursts, they weren’t unusual, we’d all been down this road before.

However this day, I had no patience for her. Perhaps I had a bad day at work, or I screwed up dinner, I don’t know. But I found myself losing direction. I just wanted her to stop being so irrational. I wanted her to hear me, to see I loved her through it, but the tantrum played on. I could see how far she’d gone; I’ve gone that far. I’ve lost my reality.

Anger does that; it takes you to a complicated place, a space that plays with your head. It’s uncontrollable, and parents aren’t a contradiction to the rule. We get angry too.

Her words, I hate you, kept playing over in my head. I could feel her hostility towards me, the mere fact I was standing in her room, had her head spinning. Not only was her irrational behavior testing every bit of parenting control I had, but my emotions also came into play. My hurt, my anger, my lack of rational.

The scream came directly from my throat and burned as the words swallowed her bedroom. “STOP!!! Just stop!!! If you don’t stop, I will make you stop.” And then as if I had become a different person, I grabbed her shoulders and screamed again.

And as quickly as the anger had taken control, came the tears, the remorse, the utter sadness. As my hands grasped her tiny shoulders, her eyes widened as they’d never. She’d rarely seen her Mom in this state. She became frightened, and I was sick to my stomach for losing my self-control. I hadn’t hurt her, but the Mom she’d normally seen keep her wits about her had lost control.

Moments later, I laid in my bedroom sobbing uncontrollably. Wondering if I’d damaged her psyche, did I just make a pivotal parenting mistake?

Humans get angry, lose control; parents are not an exception. When the words I hate you left my daughters lips that day, my heart hurt. When I took her shoulders and screamed at her, my confidence as a parent was tested.

Like many more days following that one, we’ve fought. We’ve screamed and thrown things. But we always come together in the end. I do my best every day to be the best Mom I can be, but I am only human. Learning how to parent is the hardest job I’ve ever had, there will be fantastic days, and then there will be days I want to scream like my little girl does.

There are days I do. 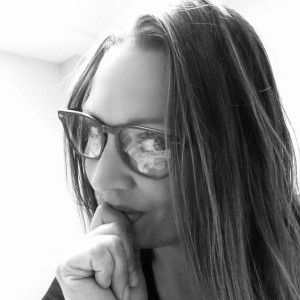 Darla Halyk is the Mom of a teenage boy and girl. Proudly Canadian she was born and raised in Langley, British Columbia where she still resides today. She has a Master's Degree in Verbal Irony with a major in Sarcasm. Currently working on a book, she also writes for her blog at New World Moms regarding whatever comes to her mind. Her ability to write raw, real and honestly has featured her on The Elephant Journal, Scary Mommy, Your Tango, BLUNTmoms, HuffPo, BlogHer and more. She writes because she loves words, and she loves words because they can change the world.
PrevPreviousCalming College Admission Anxiety
NextWorking Momma BluesNext