I Want You in my Village, But Not Too Much 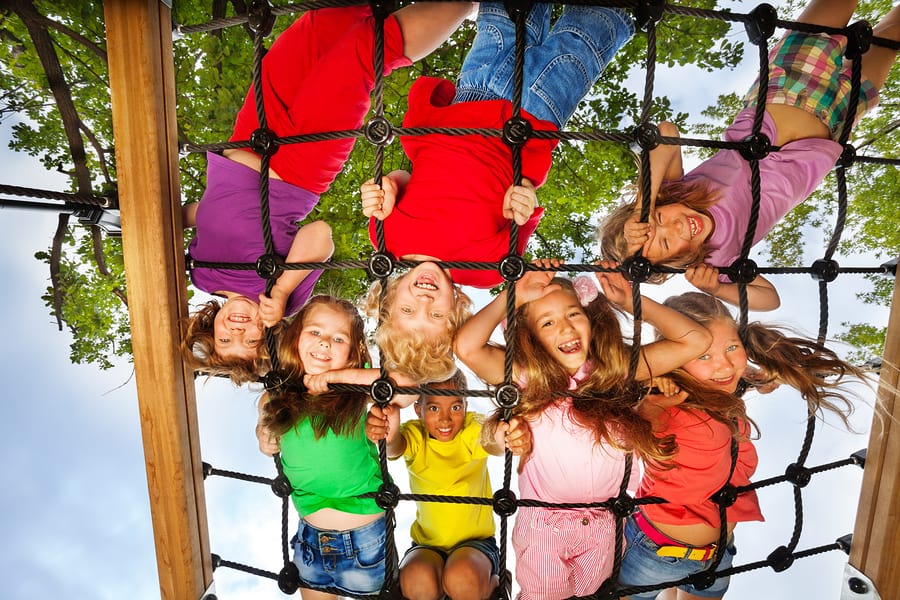 The village can be judgemental - If you are too hands-on you’re a helicopter mom; if you let your son or daughter roam you’re reckless and negligent.

The other day, my tween daughters came home from the park because an older woman informed them they shouldn’t be there unsupervised.

“Did you tell her you could practically see our house from the park?” I asked. “Were you roughhousing by the little kids? I told you to watch out for the little kids!”

“Mom, it was only one other family and us. We were on the bars, and no one was even near. The woman said if our mom wasn’t here to supervise then we shouldn’t be there, so we left,” my youngest daughter told me.

I had mixed emotions about the interaction. I wanted to believe this woman — whoever she is — had good intentions. Perhaps she was worried about abductions or that they could get hurt. Maybe she just didn’t think it was safe.

I trust my kids to behave responsibly

But, I trusted my kids to behave responsibly and as far as I know there are no signs that parents need to be present to supervise their children, especially since the park is adjacent to my neighborhood and roughly two football fields from my home.

On one hand, if my daughter fell and hurt herself, I would hope this woman would step in to help, lending her phone or waiting with her until I could get there. I would even be okay if she felt the need to reprimand them if they were behaving badly or doing something dangerous.

On the other hand, however, I don’t think I want her—or any other person—to parent my kids, informing them of where they can or can’t be based on their perspectives.

Basically, I want you to be a part of my village—but not too much.

It’s a confusing world we live in nowadays. If you are too hands-on with your kids—or anyone else’s—then you’re a helicopter mom; if you let your son or daughter roam without monitoring them, you’re a free-range parent, reckless and negligent.

There is no middle ground

Make sure your kids get outside to play, but not unless it’s in your fenced-in backyard, so no one calls the police on you for letting them run near the street unsupervised.

See a kid who is dangling over the railing at a zoo? Don’t say anything because you don’t want to interfere and be “one of those parents.”

I like to think I’m a middle-of-the-road mom. I’m hyper-vigilant about some things — like cell phones and social media — because I have first-hand experience in the perils these can have on a family.

I’m a little lax in other areas, like when my kids tied their old ride-on toys to the back of their bicycles with jump ropes and took turns zipping around our cul-de-sac. I mean, they had helmets on…

But what’s right for my kids, terrifies other parents and vice versa.

So, here we are at an impasse. To village or not to village, that is the question.

I want the village in my kids’ lives

In fact, I need the village, and not just for car pools. I wish for female role models who work outside the home to interact with my girls on a regular basis, so they can know their potential is limitless; I want my kids to play with families where the dad stays home so they can see there are no pre-determined roles; I hope if my kids are doing something bad, someone will stand up to them to course correct if I’m not there; and I need people to be brave enough to tell me if my daughters get themselves in a dangerous situation.

And if I desire all these things, then I have to be open enough to accept the village, even those in it who I don’t agree with about everything. Even those whose perspectives are different. Even those who send my kids home from the park when I’m trying to make dinner.

Because the point of the village isn’t for it to be homogenous. It isn’t so kids can interact only with adults that are exactly like their own parents.

The point of the village is to help parents raise good kids. Sometimes that involves grandparents watching children while mom goes to work, sometimes that means a neighborhood babysitting co-op, and sometimes it even is a random stranger questioning your judgment.

Because while most of the time these villagers are well-intentioned, there are other times it gives me an opportunity to have a frank discussion with my girls, like respecting their elders while also stating they have permission — from their mother — to play at the park.

It seems like we are in a time where we want to reject the village. If anyone questions our parenting, it is reeked in judgment. If someone chooses to raise their kids in a different, more progressive way, it is resented. If someone makes a mistake, they are cast aside with a scarlet letter emblazoned on their social media profile forever.

But, I feel like we need to come together in the village more now than ever. As parents, we need to recognize we all want the same things for our kids—for them to be safe, happy and grow up to have families of their own to screw up the way they deem fit.

This means that sometimes I have to accept your helicopter parenting, and sometimes you have to accept the risks I let my kids take. And when we think it’s important, we need to speak up and respect that, too.

Because we’re in the same village, whether we like each other or not.

This post on originally appeared on Playdates on Fridays. Reprinted with permission.

PrevPreviousParenting Done Right in the Age of Social Media
NextJust Don’t Pee on the Wall!Next
On Key

Some of my best friends are people I’ve never met. I don’t mean that in a “strangers are just friends you haven’t made yet” sort of way. They’re from the internet. END_OF_DOCUMENT_TOKEN_TO_BE_REPLACED

We may have been safe, but we were not unscathed. I felt the potential catastrophes around each corner. And in the shadows lurked the great What Ifs. The Could Have Beens packed themselves into each crack of my surface. END_OF_DOCUMENT_TOKEN_TO_BE_REPLACED

I stood among the rubble after a particularly bad explosion and screamed in my head, “HOW MUCH LONGER DO I HAVE TO PUT UP WITH THIS?” END_OF_DOCUMENT_TOKEN_TO_BE_REPLACED

Bullying. The not so last frontier of childhood. Despite the passing of decades, it is one piece of childhood that refuses to go away. END_OF_DOCUMENT_TOKEN_TO_BE_REPLACED