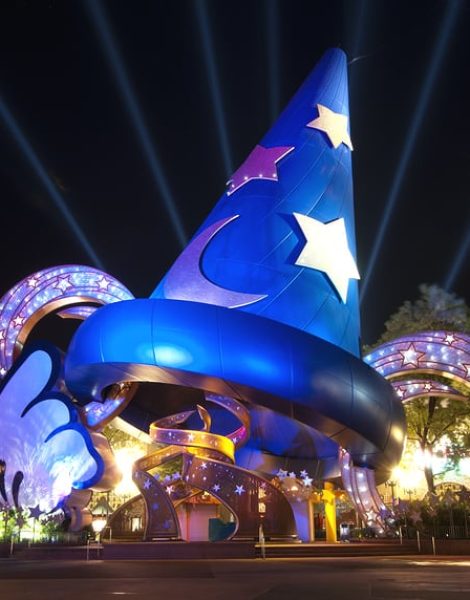 Walt Disney World Annual Passes are Worth Every Penny!

My love for Disney runs deep. The first time I ever met Mickey Mouse, I was five years old. I grew up in Los Angeles and Disneyland was only forty minutes away. My parents took my brother and me to Disneyland for the first time and it was everything! We went with my parents and grandparents (who also lived with us) and my mom said we loved it! I mean…what’s not to love?! It’s all happiness. So Disneyland became a part of our childhood. We would do weekend trips and stay at the Disneyland Hotel. These are some of my most favorite memories with my dad! My love for going to Disney continued on to when I was an adult. My High School senior graduation trip was to Disneyland and we went all of the time with groups of friends. It was the fun thing to do in our twenties. At my first radio station, I was part of a syndicated radio show that broadcast live from Disneyland every Sunday night so yep, we were at Disneyland pretty much every week!

When I was in my twenties and working at my first radio station my roommates and I won a trip to Walt Disney World Resort in Florida, so across the country we went to see the “other Disneyland” as we called it. We loved that one too! Who knew that years later I would end up moving to the South…a hop, skip and a jump away from Walt Disney World. After I moved to Atlanta, I did a Mommy Daughter trip back to Disneyland when my oldest daughter Lily was two. My husband Eric and then I took Lily to Walt Disney World for the first time when she was four years old. We went with my parents and it was AWESOME…so many fun memories for Lily with her grandparents. Thus started the tradition that my own parents began. Vacations to Walt Disney World. We even took Luna when she was two months old! Since then, we also threw in two trips to Disneyland Paris, one for our Honeymoon and one family trip, a trip to Aulani, A Disney Resort and Spa in Hawaii and even a few Disney Line cruises. We became a travelling Disney family.

But we never took the plunge and became Annual Pass holders to Walt Disney World. Why? We were committing to other vacations (Disneyland Paris and Hawaii) so it was kind of an either-or for us. We couldn’t afford to do both. Then at the end of 2015 we were discussing our family vacation plans for 2016. We are always of the mindset “experiences not things”, so we budget to be able to take vacations rather than splurge on buying “things.” So we decided to commit all of 2016 to only going on vacations to Walt Disney World. But we had to make it financially worth it. Meaning if we were gonna slap some Annual Passes on the credit card, then we were gonna get our money’s worth from the Mouse.

We headed to the happiest place on earth every time our daughters were off school. We continually got the “you’re going to Disney AGAIN?!” question, but we didn’t care. We were committed! But going back n’ forth to Walt Disney World for a year could be really expensive! So this meant really working with our Travel Agent friend Kim Stiles from Fantasy Trip Travel to find the best budget-friendly deals. We also agreed there would be no souvenir buying and that we would bring as much of our own food as possible. So we packed snacks, water bottles, sandwiches, etc and ate in our room as much as possible. Of course we did treat ourselves to the occasional Mickey cake pop, Mickey ice cream bar or Mickey pretzel because (duh) Mickey pretzels! 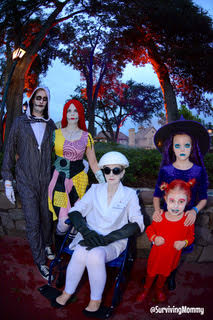 When we did the math we figured out that going to Walt Disney World three times would pay for the Annual Passes so we went six times! We took the Summer off because of our four Emergency Room visits but we were back in full force by the Fall. We celebrated my Momma Jane’s Birthday there, were able to meet up with FOUR different families over the course of those six trips, did Mickey’s Not So Scary Halloween Party (extra splurge—thanks Mom), saw Christmas decorations (twice) and even did one of my Coffee Convo Wednesday shows live from the Magic Kingdom.

The Walt Disney World annual passes also gave us free parking at all four parks, discounts at restaurants and stores, some really wonderful pictures with Disney Memory Maker and the best thing the annual passes gave us? Amazing family memories! Just look at my Momma Jane’s Dr. Finkelstein’s costume from Nightmare Before Christmas. She was the belle of Mickey’s Not So Scary Halloween Party. We laughed her entire birthday weekend. We laughed hard. That’s what life’s all about.

For us, Walt Disney World annual passes were worth every single penny! Will we do it again? Absolutely! Kids, parents and grandparents together…that’s some serious multi-generational memory making and I love it!

This post originally appeared on Surviving Mommy. It has been reprinted with permission.

Cindy Simmons is a wife and a Mommy to two little girls. An Atlanta gal by way of Nashville…originally a California girl, Cindy spent the last 12 years entertaining Atlanta with her radio show on STAR 94. She not only performed on her radio show with Lionel Richie and MC Hammer, but was the driving force behind introducing the country duo Big & Rich! Cindy has been seen hosting both the Mommy Minute and co-hosting the news on 11Alive, the NBC Atlanta affiliate. She also currently serves on the Mom Panel for Chick-fil-A, the parent advisory board for WSB-TV/Atlanta and enjoys being a part of Disney Social Media Moms and Beaches Moms. Cindy has been the keynote speaker for several Breast Cancer charity events. Cindy currently runs her own website called SurvivingMommy, where she writes about finding joy in surviving life, being a wife, a mom and a six-year Breast Cancer Survivor! You can also find her on Twitter and Facebook.

This #RealityMom or #RealityDad has graciously agreed to share her word baby with our site and we are eternally grateful.
All Posts
PrevPreviousDear Mermaids: Body Image is not a Trend
NextWhere to Play, Learn and Eat in Chicago with KidsNext