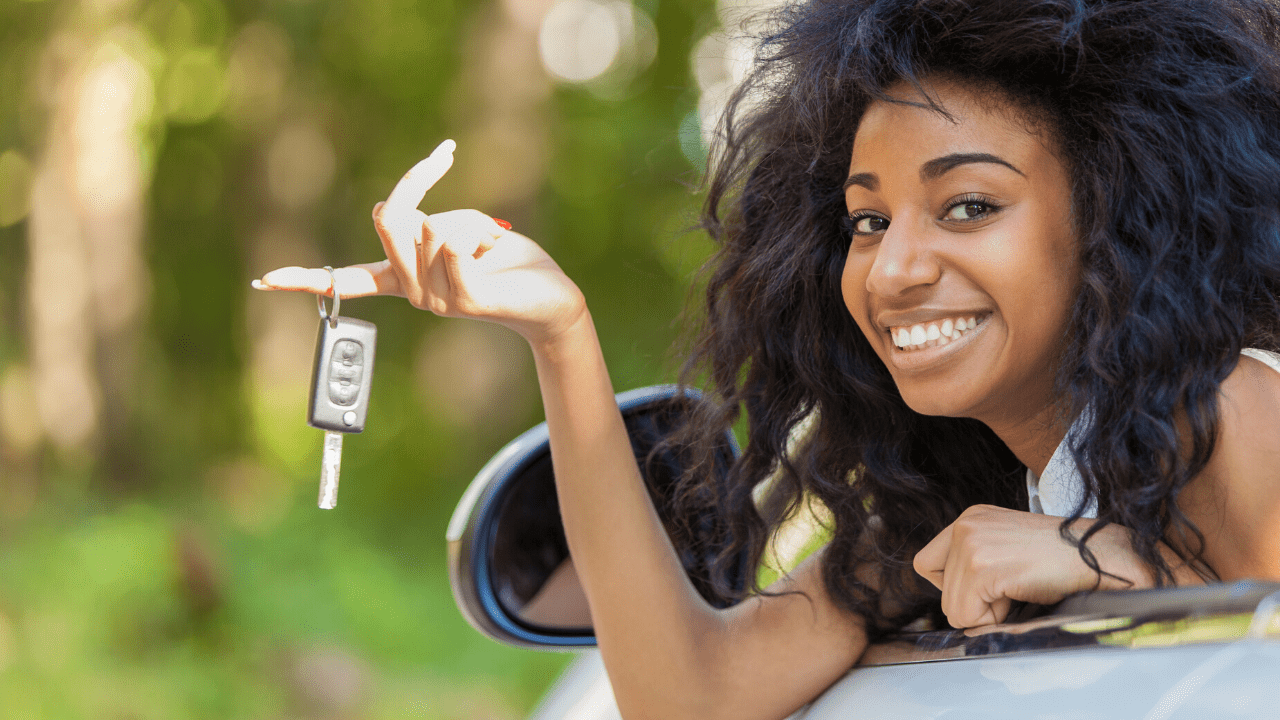 Reality sets in when your kid slides behind the wheel. Having a teen driver can turn a laid-back parent into a hand-wringing, nail-biting nervous nelly.

The teenage years are an exciting time with new independence, later curfews and a physical independence in the form of a car, whether it’s as a new driver or as a passenger in a friend’s car.  It’s a time that can be both liberating and frightening for parents.

Reality sets in when your kid slides behind the wheel or you see neighborhood teens speeding down your quiet cul de sac. Having a teen driver can turn a relatively laid-back parent into a hand-wringing, nail-biting nervous nelly. For me it sometimes meant biting my tongue, reaching out to hold onto the seat and the inevitable stomping of my foot on the non-existent brake. There may even be a time or two that you can’t fall asleep until they are tucked back into the house at curfew time.

It turns out those tendencies to second-guess and worry are not wrong. According to the Insurance Institute for Highway Safety, 16-year-olds have the highest crash rate of any age. Driving is not like riding a bike—it is way riskier and today the worry isn’t just about drinking and driving, or whether the other guy on the road is falling asleep at the wheel. It’s also about the invasion of the digital world into every facet of our lives—including driving.

Here are 10 things we should be talking to our teen drivers about. Ad infinitum, if necessary. I had one friend who wrote up a contract with her son—that may seem a bit extra, but we at least need to have clear rules and consequences for our new drivers. 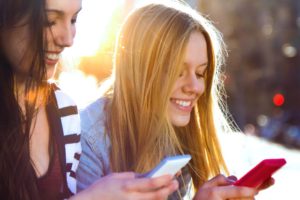 While it seems obvious that this is dangerous and should be avoided, kids do it anyway. To be fair it’s not just the kids; we parents—who have supposedly fully developed frontal lobes—do this too. How many times are you at a red light and you glance at your phone? Just a quick text while sitting at the light, right? Sending one quick text or reading one means you take your eyes off the road for at least six seconds. Count that out and see how long it really is. Our kids learn from us still—and they may very well have seen us do it. Monkey see, monkey do. My kids’ car reads texts and messages to them through the Bluetooth speakers. My car does not, but my phone automatically replies for me that I am driving and can’t see the message. Just a band-aid really, but I’m sure higher tech safety gadgets will come out soon.

Yes, pretty much any of them—even GPS. I use Google Maps and Waze all the time; have recommended it to the kids, because it’s so useful. Music apps, too. They are compelling because they are so useful. I can’t navigate my way out of a paper bag without GPS! Still, the applications are still distracting. Make sure your navigation program is set up to talk to your teen through Bluetooth and suggest they program their music playlists ahead of time.

Really, teens apparently do not use their seatbelts a lot of the time. That surprises me because my kids always buckle up and I think their friends do too, automatically reaching for the seatbelt. Buckling up is the single most effective thing you can do to protect yourself in a crash. For most of us It’s second nature, but according to Safe Kids Worldwide, more than half of the teens that die in car crashes were not wearing a seat belt. Make sure buckling up is non-negotiable.

Our kids know the difference between safe driving and unsafe driving. They can feel and see the difference but many climb into the car with friends when they don’t feel safe, or don’t think they should. Or they don’t say anything when they are already in the car and their friend isn’t driving safely. Most friends will listen when asked not to text, or drink, or speed. So we just have to let our own kids know that. Encourage your child to speak up if a driver of any age isn’t driving safely and makes them feel scared. Provide them with alternative plans to get home, just in case.

Did you know that many states have laws limiting the number of teens allowed in a car at once? I did not. Compared to driving alone, a teen driver’s risk of death increases 44% when carrying one passenger under 21 according to a study by AAA’s Safety Foundation. The risk doubles when carrying two passengers younger than 21, and quadruples when carrying three or more passengers that age.

We all know not to drink and drive, as do our kids. But alcohol affects us in a way that changes our judgment, depth perception as well as vital motor skills required to drive safely. It’s easy to think you are driving normally when truly you are not. Parents can judge that easier than our kids—if only because we’ve been around a lot longer. So for us, a designated driver is someone who hasn’t had anything to drink. For some kids, that’s their definition too, but for others, it’s whoever is “basically” sober or who has had the least to drink that night. Between Uber, Lyft and taxis, there is really no reason to ever be in that situation. If your teen is going somewhere with alcohol, suggest he doesn’t even drive to the party—that way there’s no temptation to drive home. If they don’t have money or an app, tell them to call or text you and you will get him, no questions or lectures. Or if that’s not something you want to offer, tell them to sleep over. Zero tolerance for drinking and driving. Zero.

Given how bad my eyes are at night I thought kids were safer than I am. But the risk of a fatal crash can be three times higher for teens than adults at night. This is primarily due to a combination of the visibility challenges caused by dark conditions, slower response time brought about by fatigue, and a lack of experience driving under such conditions. It’s not just the vision, it’s the quick decision making and risk assessment. Young drivers do not have the brain for that yet. 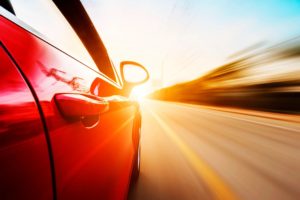 Again, this one holds no surprise I am sure. We’ve all seen our kids and our neighbors’ kids go flying down the street. More than 1/3 of teens killed in crashes were speeding according to MADD.

While this seems as obvious as not driving drunk, it’s apparently not. Now that it’ s legal in some states teens seem to assume it’s legal to drive after or while using it. Parents, that goes for you too—almost 30% of parents surveyed thought it was legal! Wrong! And while 88% of teens and 93% of parents believe DUI is dangerous, only 68% of kids and 76% of parents thought being under the influence of marijuana is dangerous.

They can’t help this, and there’s little we can do about it, but it’s still something important to note. In fact, a young drivers’ crash risk does not significantly begin decreasing until age 25. But if we show our teens these quick 10 tips, maybe they will at least keep it in mind or think of it when a problem arises. We can only communicate—we can’t drive for them.

Some of my best friends are people I’ve never met. I don’t mean that in a “strangers are just friends you haven’t made yet” sort of way. They’re from the internet. END_OF_DOCUMENT_TOKEN_TO_BE_REPLACED

We may have been safe, but we were not unscathed. I felt the potential catastrophes around each corner. And in the shadows lurked the great What Ifs. The Could Have Beens packed themselves into each crack of my surface. END_OF_DOCUMENT_TOKEN_TO_BE_REPLACED

I stood among the rubble after a particularly bad explosion and screamed in my head, “HOW MUCH LONGER DO I HAVE TO PUT UP WITH THIS?” END_OF_DOCUMENT_TOKEN_TO_BE_REPLACED

Bullying. The not so last frontier of childhood. Despite the passing of decades, it is one piece of childhood that refuses to go away. END_OF_DOCUMENT_TOKEN_TO_BE_REPLACED