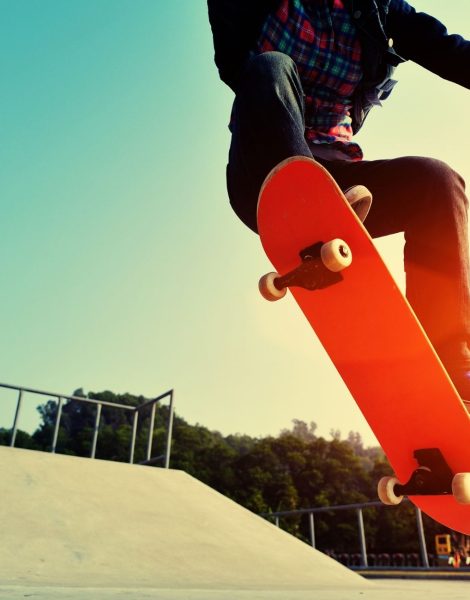 My son fell off his boosted board today. (A boosted board is an electric skateboard that reaches speeds of around 20 mph.) Suffice as to say he is a bloody mess.

When he showed me what had happened I immediately went into “mender mode,” just as I did when he was a little boy and skinned his knee or his elbow while playing outside. I dug out all the supplies we use so infrequently these days—tape, gauze, bandaids, neosporin—and went to work.

When I was done patching up my son, I called my mom and told her what had happened. 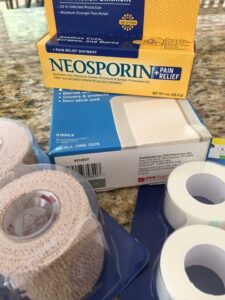 After a pause, she said to me, “They certainly take our breath away.”

And that’s it. She’s right. Whether they are little or big, they take our breath away.

When they stumble they take our breath away.

When they soar they take our breath away.

It never really changes. It never ends. And it never gets easier.

Later in the afternoon my son, who is almost twenty years old, came to me and asked for a hug. He said, “Hugs make everything better.”

My son was hurting, and he knew I was hurting too. He understood that at that moment a hug was the salve we both needed.

And all I could think was: I hope it never changes, I never want it to end, it was never meant to be easy.

And he still takes my breath away.

Cheryl Gottlieb Boxer resides in New Jersey, where she micromanages a husband, her teenage children, and a confounding cockapoo. Her writing has appeared in The Mighty, Grown & Flown, Kveller, Her View From Home, CollegiateParent, Motherly, Parent Co. and Sammiches & Psych Meds. You can find her on Facebook at No Sick Days for Mom.

This #RealityMom or #RealityDad has graciously agreed to share her word baby with our site and we are eternally grateful.
All Posts
PrevPrevious10 Tips to Find the Perfect New Home for Your Family
NextI’ll Keep WatchingNext