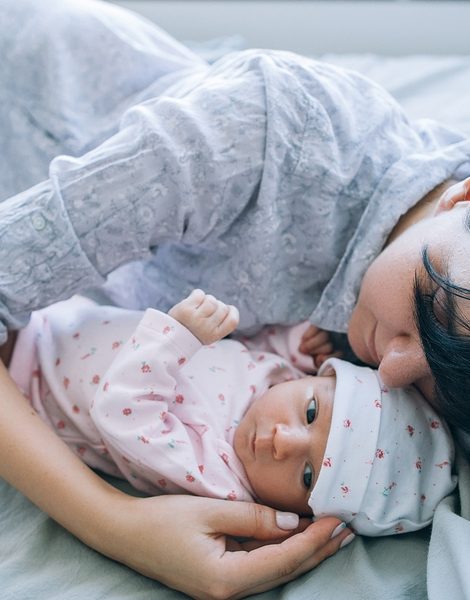 The Betrayal of Motherhood

I stood in the bathroom shaking. My face was slick with tears I couldn’t stop. There were cries coming from inside my head, clawing their way out of my mouth, and from the other room. I ached with sadness, longing, and shame.

I remember looking at myself in the mirror: freakishly thin, two bald spots on my forehead where my hair had fallen out. My eyes ringed in dark circles and my chest heavy. Heavy with the weight of carrying my son’s food, heavy with the sadness that motherhood had delivered.

I called my husband.

“I’m scared. Scared I’ve ruined my life and I’ll never be happy again,” I cried, wishing I wasn’t alone. Wanting someone there to help me, to pick up my baby and hold his anguish for a little while. To let me stand outside, away from the cries, away from his need of me, away from my shame. I wanted to hear that this would pass, there was help, a break.

What I heard was, “Well if you think that way then you never will be happy.”

I sunk to the floor. I hung up the phone and breathed.

In. Out. Repeating this simple act of life.

That day was one of my worst. I wasn’t devoid of information, I knew all about Postpartum Depression (PPD). I knew it could happen to anyone, but what I didn’t know was that it was happening to ME. I’d had my first son five years before and I had experienced all the promises of motherhood. Promises of sweet smiles, baby coos, warm snuggles, an earth-shattering love and passion for another human being like never before. That’s what the magazines show, movies espouse, and that’s what new mother’s talk about. That love and fulfillment. I had experienced all of this. Yes, I was tired, nervous, and fretting, but I was at peace. I was relishing in all the joy and excitement that came with being a new mom. I fully expected my second time around to be the same. Why wouldn’t it be?

Then motherhood betrayed me.

The promises of motherhood were broken this time around.

What happens to those women who don’t feel all the joys and wonder of new motherhood right away? Women who wake like I did, to find their thyroid is out of whack due to pregnancy and while the baby weight is gone, so is their hair. What about the women who are tending to a new baby while their first child is begging to be seen? That struggle between being everything for two separate human beings and forgetting to be anything for yourself. What about the women who don’t have family and friends who are able or willing to be there for them? What about the women who have those family and friends but are too ashamed to admit that they’re in need, so they don’t ask? Those women without a village, without hope, without understanding. They suffer.

I understand motherhood offers false promises. They’re aspirations of motherhood, not givens. I see that…now. Back then I saw failure. Failure of my body to do what I needed when I needed. Failure of my mind to be able to handle everything needed from me with grace and joy. Failure of those close to me for not being able to see my need and show up.

The wonders of medication corrected my thyroid and my hair grew back. Time helped heal my body and some of my mind. Growing helped my son out of his colic. Trial and error helped me see how I could show up for both of my boys. But I lost a lot in this process. I lost the joy of new motherhood. I lost memories of my second son’s early days because darkness, anguish, and lack of sleep stole my ability to record what was happening. I gained eternal heaviness in my chest, a weight that lingers long after the heaviness of milk has gone. The heaviness of shame, for not recognizing what was happening, for not reaching out for help, for not being there “better/more” for both of my boys.

May is National Mental Health Awareness month and while we talk about PPD more now (and for that I’m grateful) we still have a long way to go. We still need those people in the lives in these new moms to watch. Watch closely. Look for the dark circles, the frowns, the silence. Especially listen for the silence. If a new mom is not reaching out, talking joyously about her new baby, if she’s retreated, then show up. Many women are like me, they know the signs and information but they just can’t see it’s happening to THEM. These women need our help, our eyes, our intuition. They need us to show up.

Show up for an hour or so to allow her to shower, or rest, or simply stand outside and find her air.

Show up and show her she’s not alone.

Heather LeRoss is the two-time award-winning author of Just Tell Me I’m Pretty: Musings on a Messy Life. Visit HeatherLeRoss.com now and download three FREE chapters of the hilarious book that was dubbed, “Best book I’ve EVER read,” by Heather’s Mom. You can also follow her on Facebook.
All Posts
PrevPrevious5 Reasons I Deserve MORE on Mother’s Day
NextIs Body Positivity Just Another Thing I’m Failing?Next