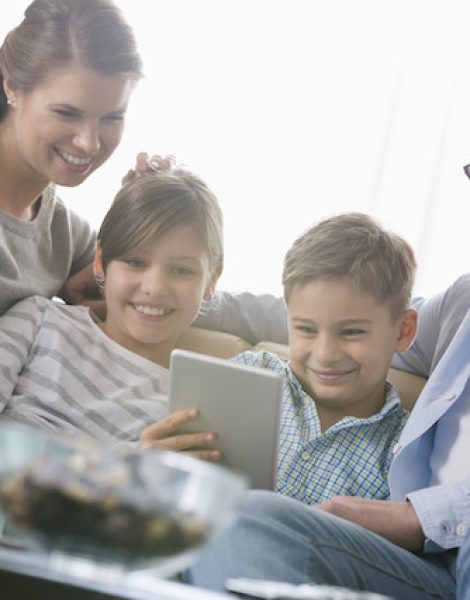 Teens, Tech, and Money: Gaining Control of those Mystery Charges

Once upon a time, when they were still bitties, my boys spent $250 on Smurf berries. They had no idea they were spending real money—and neither did we until our credit card statement showed up.

Apparently, we were far from the only ones, as other horror stories about teens, tech, and money illustrate. The problem was big enough that Apple agreed to refund $32.5 million in purchases in a settlement with the FTC.

While we haven’t had another big surprise like that, we’re still constantly plagued by mystery charges and decided we needed to get a handle on it.

Our teens, tech, and money fiasco all started so innocently…

Or lazily…I’ll admit to it. It’s largely my fault. With three kids constantly asking me to enter a password (this was pre-fingerprint days) so they could spend 99 cents here and another 99 cents there, then sending them off to scrounge under their beds for change to pay me back…it got old really, really fast. And minimum age requirements made it tough to set them up with their own accounts without mommy demonstrating that it’s OK to lie about your age — something I could easily see coming back to bite me a few years down the road.

Our solution: a virtual ledger

As our kids became teens and tweens, we put the burden on them. They were responsible for creating a virtual ledger for their finances: adding their allowance as well as any other “deposits,” tracking their expenditures and being honest enough to tell us when they were out of money.

And, for the most part, they did pretty well. But then they wanted to borrow against the next month’s allowance, and, while I think their intentions were good, things got out of hand quickly. 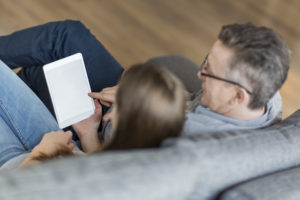 Two other factors complicated things even more: subscriptions and the difficulty of finding out what a particular charge was for.

They would purchase a subscription to their newest favorite game, but when they lost interest, they’d forget to cancel the subscription—and to write it down as an expenditure each month.

While Apple transaction records are fairly detailed, it takes some digging to determine the exact nature of Microsoft purchases, especially if you run them through PayPal. We had statements where there was more money than I’m willing to admit in online expenditures—each for only a few dollars (but they added up!)—and we couldn’t figure out what was what. For all we know, some of the charges are fraudulent, but we have no way to tell.

So, when we finally started doing our primitive form of forensic accounting, it was extremely difficult. Since all purchases came out of the same few accounts and were paid by the same few cards, there was no way to determine which child bought what.

That meant game over for the “hands-off” approach. We needed another way to handle our kids’ purchases that:

On to the next option: an app

After a lot of research, we decided to go with an app called FamZoo. I can’t review it yet because we’re just now setting it up, but it offers all the “must-haves” plus a lot more:

As I said, I can’t recommend FamZoo personally yet as I’m just now setting things up. I did check out some other reviews, and most were very favorable. The biggest complaint was that the mobile app was clunky and hard to use, so you have to do most things through the website. That’s not a big deal to me, but I know it might be to some.

How is your family navigating the tech jungle?

This post originally appeared on 50ish with a Full Nest. It has been reprinted with permission.

Patti is a co-founder of Podnar Consulting, LLC,  and handles the content marketing arm of the business. At 50ish With a Full Nest, she blogs about all things parenting…but especially about being a decade older than her kids’ friends’ moms, as well as the ups and downs of having a child on the autism spectrum. You can also find her on Twitter.

This #RealityMom or #RealityDad has graciously agreed to share her word baby with our site and we are eternally grateful.
All Posts
PrevPreviousI Used to Dread the Winter: Then I Had Kids
NextMy Babysitter Keeps Me Sane Every WinterNext