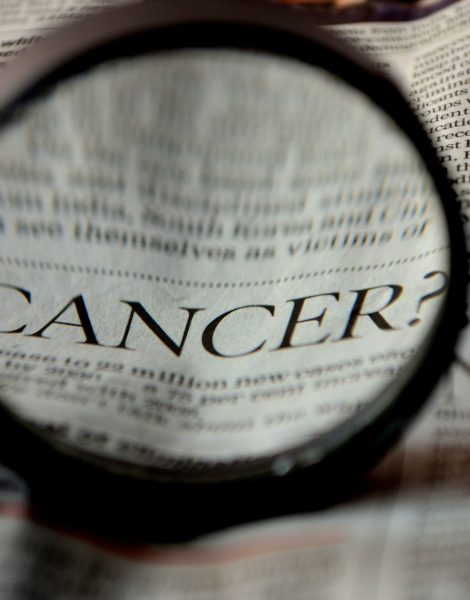 We Need to Talk About Teen Cancer

There is no situation in which cancer does not suck. Cancer sucks. This is a fact.

We are told we can make choices in our lives that make us less prone to developing cancer. We are told many cancers are preventable. And while this is being said, what is not really being said—but is absolutely true—is this: cancer just happens sometimes and it’s not your fault.

I was diagnosed with a rare form of ovarian cancer, dysgerminoma, when I was 15.

Since the release of the book and movie The Fault in Our Stars, the main characters of which are teens with cancer, people are talking more about teen cancer than they were 25 years ago when I was being treated. But it’s still not enough.

Being a teenager with cancer may be the strangest time to experience it. Not that there is a good time to get cancer, but what’s different is that children who have cancer do not yet know enough about life and the world to grasp the full weight of the illness, and full-on adults who are diagnosed are already well versed in the responsibilities of life and how things work. Teenagers (and maybe also young adults) are in a purgatory between these two worlds.

As someone who never knew another teen with cancer at the time I was being treated, I can say we need to see teens and young adults affected by cancer portrayed in books, TV shows, and movies. To have been able to see someone that I could identify with at the time, even a fictional character, would have been so validating for me. Having cancer is a very isolating experience, especially when you are treated at a children’s hospital and all the other patients are half your size (and in some cases, twice as sick).

In The Fault in Our Stars, author John Green presents his characters as no-nonsense, quick-witted, and relatively mature teens and I think that’s spot on. Some teens have the luxury of remaining fairly dependent on being dependent and blowing through their teen years. With no troubles in their lives, they may not really mature until their late teens or early twenties. Facing a life or death situation eliminates that option. I had to suck it up and get on with things. I needed to have an awareness of what my doctors were talking about, what my nurses were doing, and know when I needed to ask for help during my hospital stays.

I knew a positive attitude was my only choice—wit and humor definitely made that easier.

Green’s Hazel and Augustus meet at a support group for teens who are being treated or have finished treatment for various cancers. Nothing like that existed for me in 1990. Although there were activities at the hospital, they were geared towards younger kids so I mostly stayed in my room and watched MTV. We lived two hours from the hospital, which meant in the weeks between chemo treatments there wasn’t an opportunity for me to connect with other teens with cancer who might also be receiving treatment at the same hospital. Lucky for the small Arkansas town I lived in, there were no other kids with cancer at the time.

To have had cancer friends who “get it” like Hazel and Augustus did would have been such a lifeline. The teenage years are so odd anyway; you are trying to figure out your educational future, your social situation, how you feel about yourself. Adding cancer to that list makes life… complicated.

The Fault in Our Stars, though more a love story than a “cancer” story, is a step towards bringing teen cancer to the bigger cancer conversation. But we need more.

I have a shared experience with fictional Hazel and with real-life Esther Earl, the girl who inspired John Green’s characterization of Hazel in The Fault in Our Stars. We learned medical terminologies we were too young to know and had chemicals that made us sick put in our bodies to chase out our original sicknesses. We were young and well and naive—and then suddenly we were not.

For that experience not to be wasted, we need others to listen to our stories and to champion research for pediatric cancers, teen cancers, and young adult cancers.

We need to not be swept into the large group of cancers that affect older adults. Our needs are unique and must be addressed separately.

Some of the more common cancers have a given period of time during which awareness is highlighted. Sometimes cancers are grouped together; for example, September is Childhood Cancer Awareness month. There is not a Teen Cancer Awareness month. Teen cancer is rare, so I guess it’s easier to group children with teens, even when it comes to awareness.

So I can’t tell you to specifically support Teen Cancer, but I can ask that you support research for pediatric cancers. Support children’s hospitals. Pay attention when you hear about a teenager with cancer. Listen to our stories and share them with others.

And if you know a teen with cancer, listen to her story—and let her know you hear her.

This post originally appeared on Slightly Overcaffeinated. It has been reprinted with permission.

Candy Mickels Mejia is a Gen X mom and former preschool teacher who writes for her own blog Slightly Overcaffeinated. Her work has also appeared on Parent Co. (now Motherly), Mamalode, The Mighty, Club Mid on Scary Mommy, and Huffington Post. Follow her on Twitter and Facebook.

This #RealityMom or #RealityDad has graciously agreed to share her word baby with our site and we are eternally grateful.
All Posts
PrevPreviousFirst Day Packets, Again
Next5 Reasons to Visit Nickelodeon Punta CanaNext