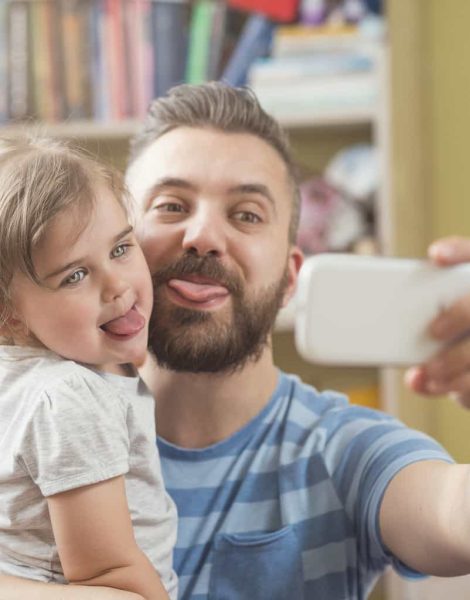 A Tale as Old as Time: The Father-Daughter Bond

As old as time, in nursery rhymes and fairy tales, lullabies and fables, the magical bond shared between a father and a daughter has been passed down over and over again. With every passing century, these stories and songs have grown in number and changed in detail, having been added to by the extraordinary fathers and daughters that have all come to experience this endearing enchantment of a very special kinship before now. These relationships are one in a million.

Little girls create the foundation for their future dreams and fantasies from these tales of once upon a time, sugar and spice, and happy endings. Where the daughter is always the apple of her father’s eye, his princess. The kind of tale where the father tenderly dotes upon his daughter, as though she is merely a delicate flower reaching for the sunlight which sustains her bloom. The light of the sun coming from her father’s love-filled eyes, of course. It is the kind of relationship fathers and daughters alike would want to have with one another, but most are never able to find the mystical key to unlock the magic, no matter how close they seem to one another. For all those, it remains just a dream to experience what it’s like to be Daddy’s Little Girl.

Not my daughters, though.

My daughters have found the key. They have unlocked the sortilege, binding their hearts with their father’s in a way that I’ve only been privileged enough to read about in my lifetime. They are Daddy’s Little Girls to the epitome of the phrase. My husband is far from being the perfect ideal of a successful man, by the standards of today. He has made more than his fair share of not so easily forgotten mistakes in life. His path has been a wayward one, full of speed bumps and potholes, possibly even a manhole or two. Even a few cells in the local county lockup. Despite all of his shortcomings, though, his love for his girls is unconditional, forged with the same strength and tenacity as the strongest of steels.

These two little girls look to their dad as if he is a real-life King or Superhero, no matter what. They don’t see him for anything that he has done outside of their relationship with one another. His past mistakes and the affects they continue to have on him in the real world, don’t matter a bit to them. Aren’t even taken into consideration as they declare his perfection as a father to all those near and far that haven’t gone deaf from their screeching. Their father is the first love of their lives. The protector of all of their feelings and their hearts and the keeper of their whispered secrets from sticky popsicle lips. The first best friend they’ve made in life, who is always ready to play with, confide in, and be crazy silly around. It’s such a beautiful, heartwarming thing to witness from the sidelines.

This bewitching relationship between my husband and each of his daughters hasn’t always been so easy for me to accept. Sometimes, I even struggle with a tinge of jealousy over their special connection. Though I do know, very much, that my father loved and adored me as a very small child, we were never able to discover where the magic came from. We were never able to grow that everlasting bond of fairytale proportions. Maybe, he just didn’t want to find it, because he had recently divorced my mother and moved in his secret lover… but, that is another story all together. He was a good father, without a doubt, and loves me in his own way but, nevertheless, I didn’t become Daddy’s Little Girl. My daughters, by some destiny of the universe, did become such.

Now, my two youngest children have stolen their father’s heart, the way I wished I could’ve done to mine so long ago. It is an endearing endeavor for me to help nurture this flourishing between my husband and his girls. His work schedule doesn’t allot him much time with them on weekdays, so I make a point to take a step back any chance I can to give them quality time, as often as possible. The intense, deep-belly giggles and high-pitched shrieks of pure joy that radiate from the living room where they are enthralled with the game Daddy has made up, would never get the same response if it were me playing instead. The sounds reverberating beneath my bare feet, wind into and wrap around my heart. Fill it with love for this man who honors and admires the life gifted of him out of his true love for me with such careful devotion.

My daughters have yet to realize the magnitude of this relationship they share with their Daddy. They get through to him in ways no one else ever has, not even his own mother. When he’s falling behind in bad times, they lift him up and keep the fire lit under his motivation to push ahead, cheering him along farther during the good. When his days bring on those dreaded anxiety attacks, his girls can snap him right out of the blackhole that his mind warps into and blockades the rest of the world out. They just push their little faces between his hands, where his head is slung onto, and talk to him in their tiny, sweet, baby-accented voices, ever so softly, and he melts like ice on a ninety degree day, right there in their arms.

They tangle into a jumbled heap of entwined limbs, in some sort of messy group hug, which soon dissolves into another fit of giggles. Before I can even make my way into the fun, he’s already sniffing four erratically waving feet, for “the stink”, arousing laughter that could pierce through the coldest of souls, bringing an abundance of light into their bleak, gray world. They climb over his back, onto his shoulders, around his neck, and down his legs, like two little monkeys. They shout for him to continue on, to bring out more of his captivating daddy tricks. They beg him for more until they all collapse in a giant huddle on our oversized recliner chair, overdosed on love.

None of them notice that I’m anywhere near them, they are so enveloped in their moment together. Just daddy and his girls. I don’t mind, though I wish I knew what it felt like. To have a daddy that would buy the mockingbird, the horse and cart, and the diamond ring all at once if it made me smile. To have a daddy who would slay any dragons, boogeymen, or monsters that were hiding under my bed. Or to hold me in his strong, muscular arms, because I’m too deathly afraid to let go of the edge of the pool.

As I hover over the sight of my husband, drowned beneath layers of sparkly pink tutus, baby dolls, and stuffed animals, and soft bunny blankets, with a forgotten tiara lopsided on his head, I’m smitten and smug, humbled and proud, and glowing in love with this man, all over again. I’m taken back through memories of all of those fairy tales and fables I once read, grateful that my daughters will one day be able to look back themselves, and know without a doubt that they were indeed his little princesses. Daddy’s Little Girls.

This piece was originally published on Johanna’s Mama, reprinted with permission.

Kristina Hammer aka The Angrivated Mom, is a Coca-Cola guzzling, go-with-the-flow SAHM of 4 on her way to insanity and beyond. A writer by nature, blogger by nurture, and a poet at heart, she spills her heart onto the screen. She has been featured on sites like Scary Mommy, The Good Men Project, and Mamapedia. You can follow her personal blog at The Angrivated Mom or her column, To Insanity and Beyond, over at Sammiches and Psych Meds for more of her writing and you can follow her on Facebook and Twitter so you don’t miss out on the daily crazy in between.

This #RealityMom or #RealityDad has graciously agreed to share her word baby with our site and we are eternally grateful.
PrevPreviousDaycare is Contagious and There is No Vaccine
NextIs Your Kid “FINE” Too?Next