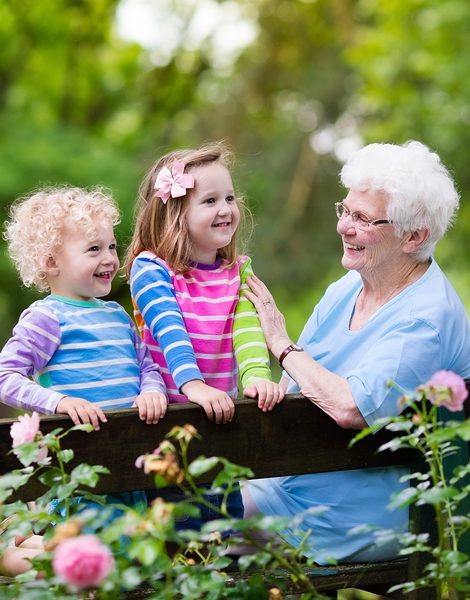 Grandma, You Were Right (Why I’m Taking Grandma’s Advice on Child Rearing)

Having a child brings you joy and love more than you could have ever imagined, but it’s also very confusing and scary at times. My pediatrician would give me advice on feeding my child one day, but then I’d go home and my grandma would do that dismissive hand gesture and tell me not to listen to everything my doctor says. She seems to have her own set of advice and not to mention the experience of raising three children, so, wanting to do my best, I used to get frustrated in not knowing what to do and whom to listen to.

However, unlike in the very beginning, I now catch myself listening to my grandma more often than my doctor. Here’s some of her wisdom I’ve applied to my own kid that actually worked.

‘She’s crying, pick her up!’ She said this a million times. My doctor told me not to rock my baby too much and to avoid having her fall asleep in my hands. And if she’s crying in her bed, to get near her and talk to her, so that she knows I’m there, but not to take her. Well, I chose my grandma’s advice on this. I wanted my child to know she’s not alone, that she’s sheltered and safe, so I’d pick her up when she cried, I’d soothe her and sing to her. It turned out that even when babies stop crying without being picked up, the high level of stress in them remains, so my grandma was right about this one.

My doctor had a whole schedule for when it’s safe to give my kid which type of food. Naturally, my grandma was much more flexible about these things and told me to feel free to ‘feed the poor girl properly’. Of course, it’s not like I gave her fried chicken at the age of six months, but I did give her some soft, organic cheese in small amounts. I first gave her fruit puree when she was five months old. And she loved it. So, from that moment on, I introduced more and more types of food, but with caution. I avoided common allergens and I made all her food from scratch instead of buying baby food in jars.

You shouldn’t do it all by yourself!

Another thing my grandma got right. Raising a child is a huge job and it can often get quite overwhelming. There are days when I just want to tell my girl to turn on the TV or her computer and just be quiet for a few hours so that I can breathe. At first, I was hesitant about asking for help, but then I realized everybody burns out sometimes. So, when I need an evening off, I take my little lady to my brother or sister’s house. She has a sleepover with her cousins and everybody’s happy. I return the favor when they need some time for themselves, so it’s an arrangement that works for all of us. And even though I’m usually the one to help her do better at school, when I explain something for the third time and she still doesn’t understand, I ask my friend, a teacher, to help. The pressure of having to do everything is horrible and once I got rid of that pressure, life became much easier. It takes a village to raise a child, my grandma says. It turns out she knew exactly what she was talking about.

Stop wiping her hands so much!

Once she started kindergarten and then school, and she began spending more time in parks with other kids. I was worried she might catch something, so I always had wet wipes with me, and they were always antibacterial ones. Grandma had something to say about this, too. And, once again, she was right. When you use those wipes, you kill the good bacteria along with the bad ones, destroying the natural protection of your child’s skin in the process. So, although I taught her to wash her hands regularly, I gradually loosened on the exaggerated hygiene standards. I let her pet animals and then continue running around with other kids, without worrying too much. Besides, as my grandma advised me, I decided not to keep her under a glass bell, but rather let her immune system become stronger.

Yes, talk to your doctor and listen to what they have to say. However, don’t dismiss what your mum, grandma and mother-in-law have to say. They have raised their children well, so cherish their advice and be grateful for having them on your side at all times.

Claire Adams is a personal and professional development expert who believes that a positive attitude is one of the keys to success.

This generous #RealityMom or #RealityDad has shared their wisdom with us.
PrevPreviousMy Threenager Makes the Terrible Twos Look Easy
NextWe Have to Fix It: We Owe it to Our ChildrenNext