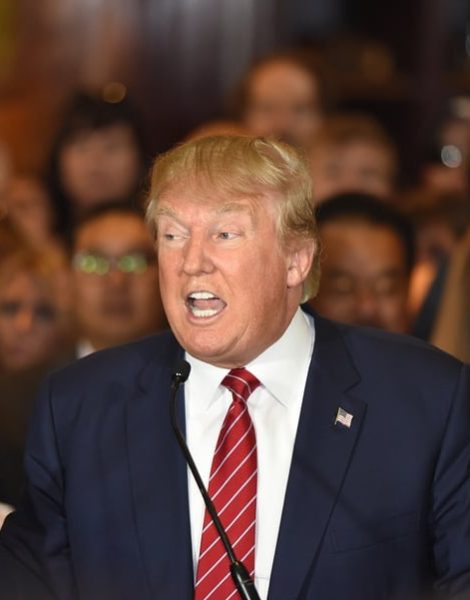 #RealityDad – Dear Men: We Need to Stop Saying, “Not All Men”

#RealityMoms is pleased to be featuring our first #RealityDad post today from writer Mike Cruse of Papa Does Preach.

By now, I’m certain you’ve heard the recent offensive and demeaning comments made by Donald Trump. Oh, I’m sorry, I know that was vague, what, with that kind of thing being a daily occurrence now.

Of course, I’m referencing the comments made on audio from an appearance on Access Hollywood in 2005, where Mr. Trump bragged about trying to sleep with a married woman, and went on to admit being a celebrity allows certain privileges; one being sexual assault against women.

While I’m sure some may read this and try and argue with me what was said, don’t waste your breath, or your strokes on the keyboard. Kissing a woman without her permission or consent IS sexual assault. And if you still don’t agree, fine; grabbing a woman by the genitalia without permission or consent, is MOST CERTAINLY sexual assault. Both of these items Mr. Trump more than happily bragged that he did on a regular basis.

While the audio was shocking, and disgusting, it was not even close to the worst thing he’s said about women. I mean, I could go on and on all day, listing horrible reference after horrible reference, but that’s not why I’m really writing this post. What I AM writing about, is something that has come to my attention, and I think it needs to stop as quickly as possible if we have any hope of equality in society. And that is the “not all men” response.

I’m proud to say that I, and many other progressive men of my generation, are joining in the fight for equality when it comes to women. However; with progress comes its own set of challenges. As more and more women step forward to speak about the sexism they face every day, or to share their own personal stories of sexual assault, more and more men are chiming in saying, “Hey, not all men are that way.”

It’s almost like a gender equality version of the All Lives Matter people trying to disregard the Black Lives Matter movement. And news flash men, you sound just as dumb when you say it.

A woman sharing her story, and saying, “A man did this to me,” or, “A man made me feel this way,” in no way has any bearing on you as a man. Unless of course you’re the one doing the assaulting, then you’re an asshole.

But when we as men answer women, in their time of stepping up and taking back control, by saying, “Hey, you can’t say that. That’s reverse-sexism” Then we are in essence doing the exact same thing as the people who violated them. We’re telling them their story doesn’t matter. Their feelings are invalid because you’re uncomfortable. And that’s wrong.

Look, I get it. It’s tough to sit there and feel uncomfortable; to feel gross, like you’re somehow part of the problem. But it’s from the gross place; that discomfort, that we can rise up and be part of the solution.

I spent most of my life as the poster child for ignorance. Not in a negative sense, but in the, “It isn’t happening to me, so allow me to place my head firmly up my ass and only focus on me” way. And like many people, I never really gave a second thought to issues outside of my own world. So, sexism, and other forms of social injustice never registered on my radar.

If someone were to ask me if I believed in equality, or if I supported women getting equal pay, and equal respect, of course I would agree. But, I wasn’t going to actively go out and fight for it. Because it had nothing to do with me, and as long as I wasn’t acting in a negative way, then I was doing my part. WRONG!!

One of the many benefits to meeting my wife is, I became WOKE in a hurry. In not so many words my wife (at the time a woman I was really interested in dating), in not so many words told me it was high time I woke up, pulled my head out of my ass, grew up, and to take a long hard look around at the world we are living in.

It didn’t happen overnight. In fact, it wasn’t until many years into our relationship that she shared stories with me. Stories about her own experiences of feeling scared around men; feeling like she was in a very dangerous situation, and made to feel scared and helpless by a man. This is a person who I see as one of the strongest people I know. Someone I would never guess was in a situation like that. See, but that’s the rub…those “situations” can, and are anything. From a spiked drink at a party, being groped while riding public transportation, or being catcalled when you walk down the street.

And, I’m not talking about just fighting for our daughters, sisters, female cousins, moms, or any other female closely connected to us. No, don’t be like fake outraged republicans who supported their candidate up until he said something bad about women. Stand up for all women. Be angry and fight for the 1 in 5 women you don’t know, and who will be sexually assaulted this year.

Because, until the day that All Women are treated equally, respected, and can feel safe, it’s on All Men.

This post originally appeared on Papa Does Preach. It has been reprinted with permission.

Mike Cruse is a married father of two crazy kids, who constantly keep him on his feet. Lifelong story-teller with a love for writing. Creator and lead writer at Papa Does Preach. Currently still stuck in a 9-5 job, but inching closer to his dream of being a writer when he grows up, one blog post at a time. Born and raised in San Diego, CA, but now resides in Alexandria, VA. Connect with him on Facebook and on Twitter.

This #RealityMom or #RealityDad has graciously agreed to share her word baby with our site and we are eternally grateful.
PrevPreviousAmerican Made K’nex Building Toys
NextBreaking Up is Hard to DoNext