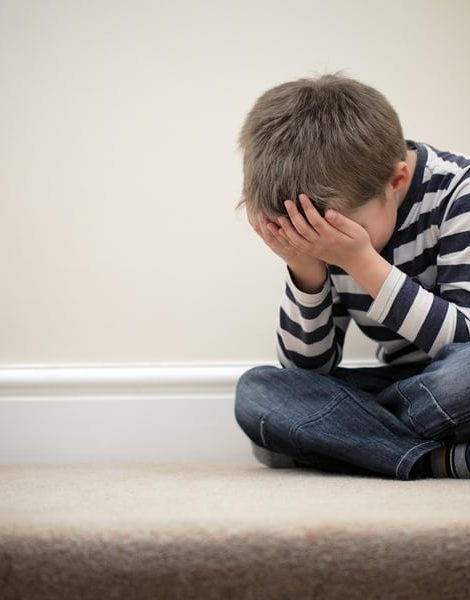 Discrimination: My Son Can Hear You

This is an open letter to anyone who has ever made fun of or treated another with special abilities differently.

To Whom it May Concern:

My child sees you and he hears you. He knows if he is being treated unfairly, but you just assume because he can’t hear all that well, that he does not understand.

He understands your looks and your comments. He knows more than you give him credit for and he does not judge you in any way. So why do you feel it is OK to judge him based on his hands or on his outbursts? No, he is not a spoiled brat. When he cries, there is more than likely a reason.

He can’t express his emotions as you or I would, but he tries. His words are not always spoken and you have to just look for emotional and physical cues to his needs. It’s hard for him to say “please” or “thank you.” He can’t read or write, but he does know how to pour milk, brush his teeth, wash his body and even dress himself most of the time.

He just learns on a different level. Curiosity is normal, but you not allowing him in an event because he is different is just plain rude. I don’t blame you, but society. It’s become so cold that it justifies your actions as OK.

You think that because my child comes to your event or is in your presence, he will ruin things. What would he be ruining? All I see is a happy, loving child, screaming to be let free of the shell he is in. I feel like it’s your loss, not his.

If you knew anything about special children you would know they cannot control their outbursts. Don’t ever doubt him, though, because he always will be one step ahead of you. You can’t imagine what it’s like to have a child like mine and I’m glad you don’t, because I feel special to have him as my son and to be his mother. It’s a blessing, not a curse, as you see it.

In recent events my son was discriminated against when we were told he can’t go to a certain event because they have no one to watch him that fits his needs. Discrimination comes in many forms, and it hurts. It’s not only how you say it, but what you do. Special needs or not, my kids matter.

This post originally appeared on MyWebTimes. It has been reprinted with  permission.

Cheri Voigt is a country mom of three little musketeers or maybe the three stooges. Either way they are always getting into some kind of mischief. Cheri is a full-time student and special needs mom. You can find more from Cheri at Words Unspoken.

This generous #RealityMom or #RealityDad has shared their wisdom with us.
All Posts
PrevPreviousThe Words She Keeps
NextGet Out and Vote!Next