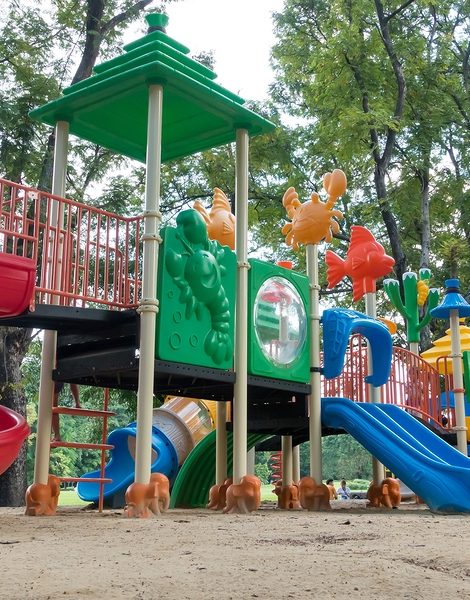 What Happened When My Son Told a Racist Joke

Reading the text from my husband, Chris, I frowned. “We left the park because [our older son] said something very racist to the girls there.” Furrowing my eyebrows, I typed back, “What did he say??” “That black people look like poop.”

My first thought was, “What the hell was he thinking?” My second was, “How the hell did this happen?”

We’ve been proactive in teaching our kids to respect people of all races and backgrounds. Both our kids have board books showcasing kids of a variety of races, including Ten Nine Eight, The Snowy Day, My Heart Fills with Happiness, and Ada Twist, Scientist. We’re All Different, We’re All The Same and We’re All Wonderful has given us an opportunity to talk about all of the beautiful different colors people can be. As my older son has moved on to more complex books, we’ve introduced ideas about discrimination and the Civil Rights movement through such books as Sit-In: How Four Friends Stood Up by Sitting Down and Little Melba and Her Big Trombone.

Using these books as a jumping-off point, we’ve talked about how white people have discriminated against black people in the past and still do in some ways today. Even though our kids are young, we’ve tried hard to introduce them to issues of racism and social justice at an age-appropriate level. I’ve tried to follow advice from pages such as EmbraceRace and Raising Race Conscious Children.

On top of all of that, we live in a very diverse area. (Our city is the 9th most diverse in the country!) It’s not even like we live in a segregated community – many of our neighbors and fellow churchgoers are black.

Which is why that text was so staggering. Really? Was all of that work to teach him about race just in one ear and out the other? While I didn’t think so, we obviously had a lot more work to do.

Obviously, this was not a conversation that I expected or wanted to have.

But we clearly did had to. Letting this go by would erase so much of what we had already worked to teach him. It would show him that our comfort is more important than acting against racism.

Even though Chris talked to him at length after he pulled him home from the park, I had a conversation with him when I got home. It checked so many of the “social justice conversations” boxes that it felt oddly familiar.

At first, he was defensive. “I was trying to be funny!” he protested. Of course.

“Even if you think something’s funny, if it hurts someone’s feelings, it isn’t. And even though you didn’t mean to hurt someone’s feelings, it still did. Even if you step on someone’s foot by mistake, you’re still stepping on their foot,” I explained. While I didn’t use the common phrase “Intent isn’t magic,” I was tempted. Although it seemed obvious, I also pointed out that comparing anyone to poop is both unkind and inappropriate.

I took a deep breath and measured my words.

“Do you remember when we read Sit-In and talked about how they wouldn’t let black people into the same restaurants or schools as white people? That’s because they thought black people weren’t as good as white people because of the color of their skin. Some people still believe that.” Big breath. In and out.

“When you compared black people’s skin to poop, it was like saying they weren’t as good as us because of the color of their skin. Do you see why that wasn’t kind?”

I wanted him to understand that this wasn’t just about poop jokes. It was about skin color in general. Even more broadly, it was about being sensitive to all differences people often discriminate against. He’s going to run into lots of people different from him in many ways. I want him to treat them all with respect.

“I want you to talk to people who are different from you. But if you talk about how they are different, you have to be especially careful to be respectful and kind.”

“Next time, I’ll just say something silly,” he said.

I sighed. When he doesn’t know what to say, he starts spouting nonsense. Even that comment was at the end of a nonsense sentence. I didn’t want him to completely avoid talking to people different from him or even talking about race.

“No, you don’t need to just be silly. You just need to be more thoughtful. You need to think how a person will feel if you something before you say it.”

I would never say it was a good thing that he made his “joke.” I wish the little girl he said it to never had to hear that crap from anyone, much less my kid.

At the same time, I knew he would screw up something about race at some point. As privileged white people, we all do and will. No matter what we do, we’re stewing in a racist society, full of prejudices big and small.

If he’s going to make a dumb racist joke, I’d rather it be when he’s four than 10 or 14. At this age, my husband was at least there to hear it, apologize to the girl, and correct him. At this age, he’s still impressionable and willing to listen to his parents. Thankfully, he definitely did. My husband had to drag him kicking and screaming from the park and it was about much more than leaving. Although we rarely get mad at our kids, this time, he saw the anger and disappointment in my husband’s face and voice. It upset him.

We can’t and don’t expect our kids to be perfect. We know they’re growing little people who are constantly learning. At the same time, we expect them to try to live out certain core values: kindness, respect, fairness, justice.

This situation was one of the first times one of our kids fell in the gap between the two. It probably won’t be the last. While I’m sure we didn’t cover everything we needed to in that conversation, I also know it will be an ongoing one, spoken in our words and actions alike. I just hope that we can be the parents and role models he needs.

For more on tough conversations about racism, check out How I’ve Confronted My Own Racism.

This post originally appeared on We’ll Eat You Up We Love You So. It has been reprinted with permission.

Shannon Brescher Shea is the mom of a family of four trying to learn how to be kinder, more sustainable, and more adventurous. In her blog, she explores parenthood, growing up, and this big beautiful world. She’s also written for the Huffington Post, The Good Mother Project, the Children and Nature Network, Rants from Mommyland, Greater Greater Washington, Simplicity Parenting, the New York State Conservationist, and Adirondack Sports and Fitness. In her day job, she’s a science communicator in the federal government.

This #RealityMom or #RealityDad has graciously agreed to share her word baby with our site and we are eternally grateful.
All Posts
PrevPreviousPutting Our Kids at Risk
NextBarbie Gets Real: Sheroes, #MoreRoleModels, a Trio of Inspiring WomenNext