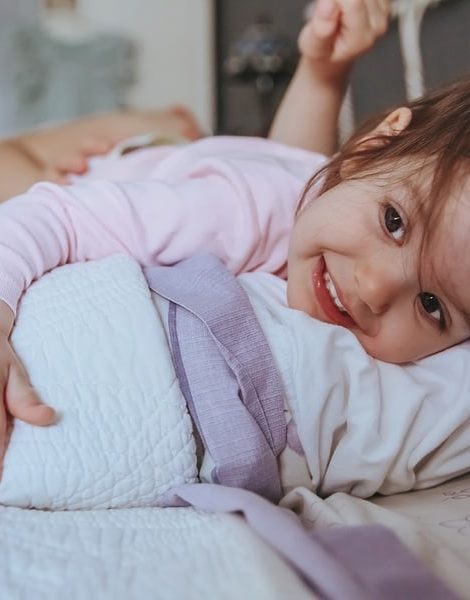 Something You Need To Know About Self Confidence

It’s middle of the workday and I glance down at my notebook.

I had written myself a note.

“You got this. You’re going to kill it. Be brave.”

We have probably all read articles about the power of positive self-talk and how important it is to be your own best advocate and how crucial it is to our mental state, which often times is swirling with negativity, to shut the door on such negativity or self-doubt and to really just believe in your best self.

The answer is no.

We are nurtured and inspired to believe that by those we love and who love us from the beginning.

Let me take you back. Back to my weekend, back to a motorcycle track that was wet with spring rain. We loaded up, Roscoe dog included, for a little weekend getaway. Joey would “compete”, as he put it—a joke we laughed about because he’s not the professional racer of his youth. Elsie is in love with her Minnie Mouse bicycle helmet almost as much as she loves her Strider bike and she spent most of the weekend mobbing around mud puddles on her bike and wearing the pink polka dot headwear.

(Elsie, you have always been an observer. You watch. One of my favorite things is to follow her eyes as they widely follow what’s happening around her. Her expressions are a silent but loud analysis of what you see. She quietly observes her environment and those around her. She solidly makes decisions based on her observations and her intuitions are strong.)

We were in the infield of the motorcycle track. The rain had stopped for a while. There were older boys building a series of small sand jumps, which they would then ride their bikes across hoping to catch a little air. Their dad was watching. I’d guess they were six or seven years old.

We quietly circled the activity going on with these boys. Elsie watched. She observed. She saw what they were doing and after a little time passed, she lined herself up behind the boys.

It was her turn.

She rode on. She belonged there and she knew it. She claimed her space and you guys, I WAS PROUD.

Deep somewhere in my soul, I had a moment of hesitation. This is a boys game. They’re doing their thing. What if they’re mean to her? What if they laugh because she’s so little and can’t do what they’re doing? We should go somewhere else. But we didn’t because it was her turn and she knew she belonged and so we stayed and I cheered her on as she lined up behind the boys dozens and dozens of times.

I helped rebuild the jumps when they got broken down. Their dad helped too.

And then I learned something else and it’s about how strong and how much power we as adults have. Because I was worried about these boys being mean to my daughter, I cheered louder. I made my voice heard. And their dad, who appeared at the onset a bit gruff, cheered for her too. And then the boys helped and they encouraged. They followed the positive example set forth and they were inclusive and I was thankful. And we had a great day.

So, what happens? If we’re born with self-confidence and we’re shown and taught to believe in ourselves when we’re young, why do those feelings go away?

When do we start questioning our value or our worth or our abilities, or even our place?

I’m afraid to see the day that we are in a similar situation and Elsie feels like she’s not good enough and she doesn’t belong. She questions if it really is her turn, or if she should sit this one out. She arrives at a decision that it’s not and she’s not. I’m afraid of that day. I bet it comes, because at one point or another it comes for all of us.

Here’s what we do—here’s the challenge and it’s an easy one, a feel-good adventure for your day.

NEVER STOP BELIEVING AND NEVER STOP ENCOURAGING. Not just our little people, but each other. Coworkers, friends, family members. The tired looking mom on the hiking trail, believe in her and encourage her. The frustrated dad at the grocery store, encourage him and believe in him. Each other’s kids and each other’s parents and just, I don’t know, literally every person in our respective universes. Never stop.

Confidence is a state of mind, and we can all be there but let’s agree that it’s an evolution. We will never know everything, but if we believe in what we do know and we’re open to learning what comes next, we can be better. Confidence is welcoming those opportunities with open arms.

Because once we stop hearing the belief from the outside, it’s easy for the belief to grow dark on the inside. And that light should shine bright always.

When we see others questioning themselves and their beliefs growing dark, pull them up from the shadows of self-doubt. Remind them of their power. Help them harness it. Remind them what they bring to the table. And then move on.

And the love notes to yourself, those help too.

This post originally appeared on Life at Lancaster Land. It has been reprinted with permission.

Meagan Jean Lancaster writes at Life at Lancaster Land. You can find her on Facebook.

This #RealityMom or #RealityDad has graciously agreed to share her word baby with our site and we are eternally grateful.
PrevPreviousBurned-Out Mother Seeks Personal Assistant
Next7 Life Strategies Your Child Needs Before CollegeNext