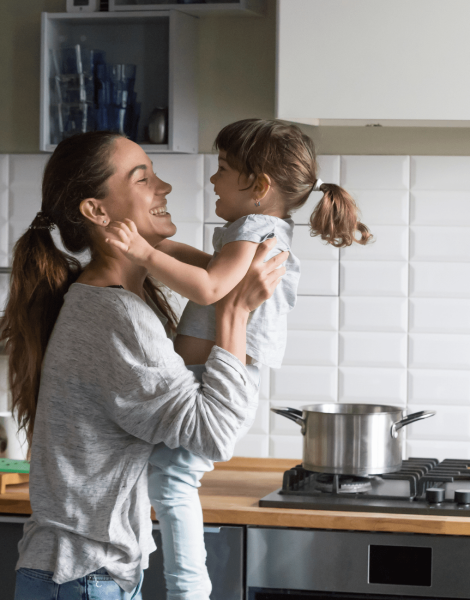 Single Parenthood: It’s Not A Competition

I’ve read several post lately debating exactly who qualifies to call themselves a single parent. And it caused me to examine myself. Am I really a “single parent?” Do I actually qualify for this title?

I even wrote a short piece about single parenting for the Huffington Post and defined a single parent as “someone who parents without the emotional backup or support of another person.”

I got some pretty strange comments about that definition. One reader even suggested that I was stupid. That “everyone has some emotional support.” Really? Well, aren’t you lucky to think that…

So I want to get some things straight about being a single parent.

It’s not like ice skating at the Olympics. I’m not trying to do a Triple Lutz and win a medal. I’m not competing against you at all because, guess what, there is no competition. I’m just trying to deliver my daughter to the doorstep of adulthood in good shape. We are all just trying to be not-totally-sucky parents.

I understand, I’m lucky. I have a former spouse to co-parent with. I know that some people have deadbeat exes who take no responsibility for their kids. I’m one kind of single Mom. I’m mid-divorce. Maybe your spouse died, maybe the other parent has never been in the picture. Whatever, we’re all single parents. Let’s move on.

Some people define single parenting as a household with only one parent. Well, that is correct. I have a 50/50 custody schedule. On the weeks when my child is with me, I am the sole parent. I’m in charge. I don’t have anyone to support my decisions. I can’t ask their opinion or help with homework, discipline, rule setting or anyone to call for backup. In my book of rules, that qualifies me as a single parent.

Yes, some parents are the sole parent 100% of the time. Of course, you are a single parent, but so am I.

If you feel like a single parent, you probably are

I’ve had friends who were the definition of single parents but were married with a ring, a two car garage and a shared debt to prove it. They had spouses with substance abuse, mental illness or other issues that caused their spouses to be emotionally absent.

In my book, you too fit the description of a single parent. I vote that you get to join our club too.

All I’m saying is, let’s not get too carried away with definitions, let’s just try to be the best kind of parent we can be. However that looks.

Do you consider yourself a single parent? Why or why not?

This post originally appeared on Round & Round Rosie. Reprinted with permission.

Rosemond Cranner is an LA-based divorced mom to one awesome teenaged daughter. A former TV production company owner, she writes about a diverse range of topics, usually at 3am when she can’t sleep. You can find her throwing words around at Babble, Huffpost, BluntMoms, Scary Mommy, SheKnows, and here! She writes about things like body image, the joy of schlepping all your worldly belongings in Hefty trash bags post-divorce, the horrors of dating when you have elbow fat and of course, cute shoes; but her true mission is to be a hopeful voice for women as they rediscover themselves and kick some major midlife ass.  You can find her at Round & Round Rosie, on Facebook, and on Twitter.

This #RealityMom or #RealityDad has graciously agreed to share her word baby with our site and we are eternally grateful.
All Posts
PrevPreviousMarriage and Matrimony in COVID Madness
NextPractical Magic: Conjuring Peaceful BedtimesNext