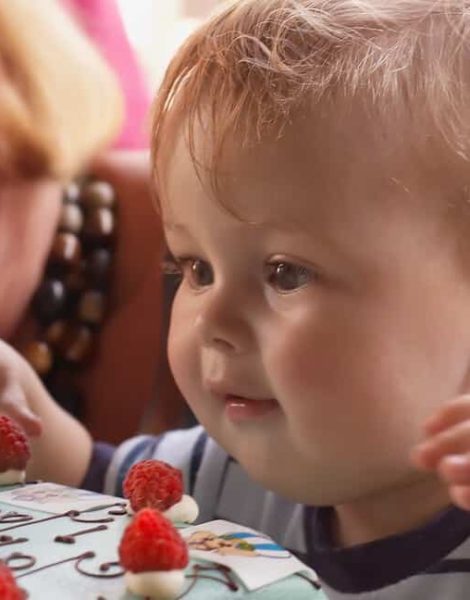 My son just turned four, which means I now have four birthday parties under my belt. Though I think of myself as someone who doesn’t go over-the-top and is sensible with money, a toddler birthday party get really big, really fast. We did a pool party each of the first three years and tried to tone it down a bit each year. But no matter what, it was still big (fun) and too expensive for a little kid’s party.

Think back to your favorite birthdays as a kid—which ones do you have the best memories of? Probably the simple ones. Most of our birthday parties were probably much simpler because our parents’ generation didn’t have Pinterest to inspire them or Facebook to show off the over-the-top parties that everyone else was doing. This year, I made an effort to simplify and get back to the basics but still have an amazing time.

You can definitely go simpler and less—expensive than this, but here is how you can have a simple(ish) summer birthday party that rocks!

Have the party in the morning, before lunch time

When you have a party later in the day, most hosts feel compelled to have snacks, a meal and then cake or cupcakes. If you’re like my circle of friends, we also tend to serve alcohol at kids’ parties (which is a little ridiculous if you ask me, so I decided to stop the trend). Typically for past parties I’ve worked the theme into the food which makes it fancier (and more expensive).

This year, though, we started the party at 10 am. We served donuts, bagels and cream cheese and fruit. We ordered coffee from Starbucks (you could save money by brewing your own), and got juice, milk and water. We also served cake, because it is a birthday party after all. I went for store-bought because my son wanted a dinosaur theme, but making your own cake or cupcakes is another good way to simplify.

Having the party in the morning made food easier overall. And you know what? Everyone loved it! The donut holes were a huge hit, so if you do a morning party with donuts, don’t forget the donut holes!

Make it a field day

Our original plan was a Pinterest-inspired art party because my son loves Pinterest and art (Read more about his love (and hate) of Pinterest). But then he changed his mind and wanted a dinosaur party. So, I asked him what we would do at a dinosaur party and when he didn’t know, I decided to make it a field day. Collect all of your favorite outdoor games and items like hula hoops, soccer balls, frisbees and put them out on in an open space. The kids will play and have a great time. We were lucky that our community has a small play structure not far from our house so we hosted it there—the kids played on the playground and with all of the stuff we put out. Everyone had a blast.

I did purchase a few items like a parachute, some bubbles, a pack of frisbees, and some bean bags for a bean bag toss game we created. However, you can really use what you already have, or what you can borrow from others. There’s no need to spend much (if any) money. I made sure to have enough activities and equipment that everyone could be doing something at any given time, meaning no one would be left out. We also brought out our neighbor’s corn hole game (a grown-up version of bean bag toss) for the adults to play. Anything goes for field day so use your resources and get creative.

In years past I’ve gone all-the-way with a theme—from creative food with names and signs telling people what it is, having cute decorations including all sorts of balloons, signs, table toppers and more. My work isn’t Pinterest-worthy but it’s definitely been Pinterest-inspired. You can probably guess—this year, we simplified. In the dinosaur theme, we had the cake, plates, cups and napkins for the kids, a large “Happy Birthday” sign, and some dinosaur masks. But everything else was solid colors that matched: cups and plates for adults, cutlery, table cloths—that meant less money and we can use the leftovers later. We did do dinosaur goody bags, but those weren’t too expensive and let’s face it- kids love that stuff!

We’re all really happy about how the party turned out. The birthday boy is still talking about how much fun he had and several of our friends are now planning morning birthday parties. When it comes to a birthday party the point is to celebrate, and to have fun. How you get that accomplished is up to you. 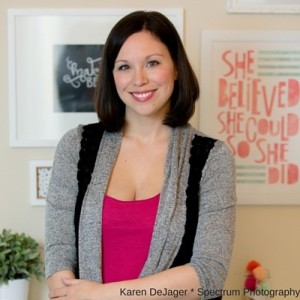 Sara Robinson, MA is the founder of Get Mom Balanced. Growing up she always knew that a traditional 9-5 job would not work out for her: she likes variety, creativity, free-time and also wanted to fit in a family. She is a mom of two young boys, teaches mental skills to athletes, and now helps support moms finding balance with all that they juggle. When she's not sitting behind a computer she can be found hanging out with her boys, mostly laughing, reading and having dance parties. Go visit her site at Get Mom Balanced.
All Posts
PrevPreviousHow I Failed to Raise a Bilingual Child
NextWhoever Said ‘Mother Hen’ Got it WrongNext