I Swear, It Really Works

I Am Not My Son’s Favorite Parent 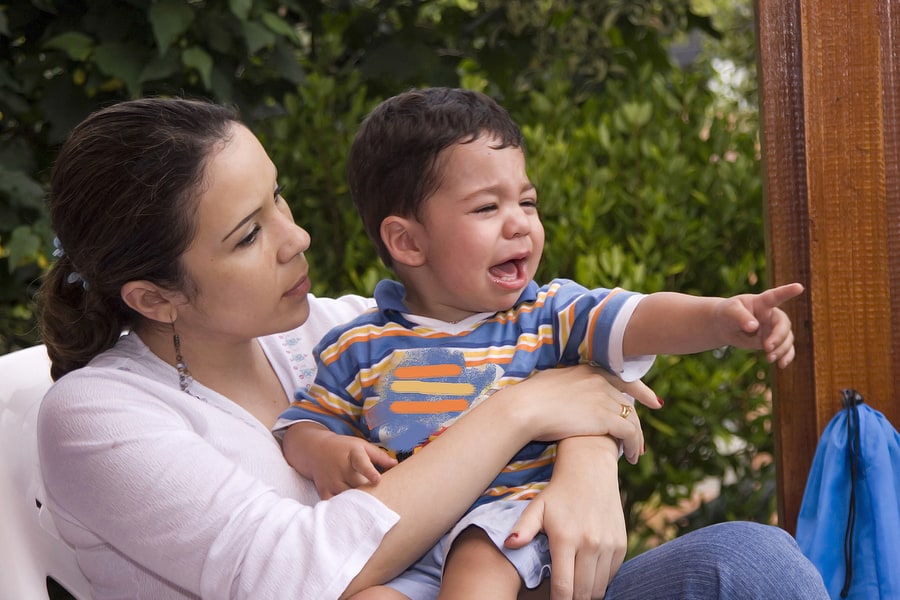 I suspect Sprout sees me as a lost cause. He views me as Little Bird’s parent and Daddy as “his” parent.

My breath catches in my throat. “Really? You don’t want me to give you a bath?” My voice cracks.

“No, I want Daddy for bath. Daddy, give mommy [Little Bird],” my older son insists.

Sigh. “I’ll give him his bath,” my husband acquiesces and hands me the baby.

I watch as my almost three-year-old ambles over to the bathroom, where I usually need to drag him. I’ve always been the one to put him to bed, only relinquishing it to my husband on the rare occasion I’m out of the house. My husband follows him, pulling my son’s monster towel out of the closet on the way.

We expected some sibling rivalry

Of course, we knew our older child might be jealous of the baby. But being aggressively affectionate towards the baby notwithstanding, he’s been pretty chill about my need to take care of him.

Instead, he’s been extremely protective of time with his dad. He melted into a pile of tears when my husband “showed” the baby what he was cooking for dinner. He regularly demands that my husband hand the baby over to me. And he’s like this despite the fact that Chris has spent a huge amount of time with him alone while I’ve been on maternity leave.

But perhaps we should have predicted this reaction. This is the first time my boy has had to share his daddy with anyone else—anything else. When we had Sprout, Chris stayed home and took over most domestic duties. As it turned out, the stay-at-home dad gig suits him well. In fact, he generally enjoys the all-day daddy-son time, with breaks for folding laundry or cooking dinner. As a result, he has a stronger bond with our older son than I do, as Sprout is used to seeing me only in the mornings, evenings, and weekends. He’s used to “sharing” me with work; he’s never had such an experience with my husband.

In addition, I suspect Sprout sees me as a lost cause. He views me as Little Bird’s parent and Daddy as “his” parent. While I try to spend time with just him every day, it’s still minuscule to the time I spend nursing Little Bird. I try to interact with Sprout while nursing but I need to physically push him away when he tries to jam his fingers into his brother’s skull.

I didn’t expect to feel rejected

What hurts the most is that Sprout’s rejection taps into two of my biggest neuroses: not being a “good mother” and not being “fun.”

The first is endemic in our culture, with the endless and contradictory ways it imposes mommy guilt. To hear from your child that they’d rather spend time with daddy triggers a whole slew of cultural messages – “Am I too hard on him? Have I emotionally scarred him by pushing him away? What about when I go back to work?!”

But more than those more common worries, the idea that I’m simply not very fun tears at me in fear and shame. From taunts of “you can’t take a joke” in elementary school to “you really need to get drunk and loosen up” in college, the accusation of being too uptight, too restrained, too cold, haunts me. While I now realize those folks were assholes and bullies, the suggestion of not being fun still triggers panic. I want to be open, joyful and loving with my children. I want to throw myself wholeheartedly into play. I want to make them laugh and laugh with them. I want to be a fun parent, not in the cool teenage sense, but a mom my children enjoy being around. So when Sprout rejects me, it cuts me to the core.

I have two saving graces

Thankfully, I have two saving graces.

Chris knows how much Sprout’s words hurt me and tries to alleviate the burden. Sometimes he insists that Sprout do something with me even when he’d prefer Daddy. Other times he encourages me to stay with Sprout a few minutes longer when I hear Little Bird crying. When he sees my face drop, he hugs me close, whispering, “You’re an amazing mom.”

The second is that the anti-mom stance has declined a bit lately. Sprout still prefers Daddy much of the time, but will accept me if necessary. We’ve gotten into a rhythm of trading off the different parts of bedtime (bathtime, books, brushing teeth), depending on when Little Bird needs to eat. As his eating falls into more of a predictable routine, I think this will become even easier.

While adjusting to life with two kids is not as difficult as adjusting to life as new parents, it has its own share of heartbreak. Fortunately, I love Sprout no matter what and despite this latest preference, I know he loves me too.

This post originally appeared on We’ll Eat You Up, We Love You So. Reprinted with permission.

Somewhere, at some point, a woman sat connected to a pump and had gotten more than her baby could eat. Her lactation donation helped my preemie. END_OF_DOCUMENT_TOKEN_TO_BE_REPLACED

He was already in his sophomore year, the tears surprised me. He’s been busy growing up at college. Without me. And he’s doing a damn good job of it. END_OF_DOCUMENT_TOKEN_TO_BE_REPLACED

Last minute playdate with a sancti-mommy? Surprise visit from your mother-in-law? Never fear. SLACKERMOM knows just what to do. END_OF_DOCUMENT_TOKEN_TO_BE_REPLACED

With the #waitforthestink movement that parents Mi

With mental health in the forefront, just know it

Still full of fear over here! 💕

Write your own ending!