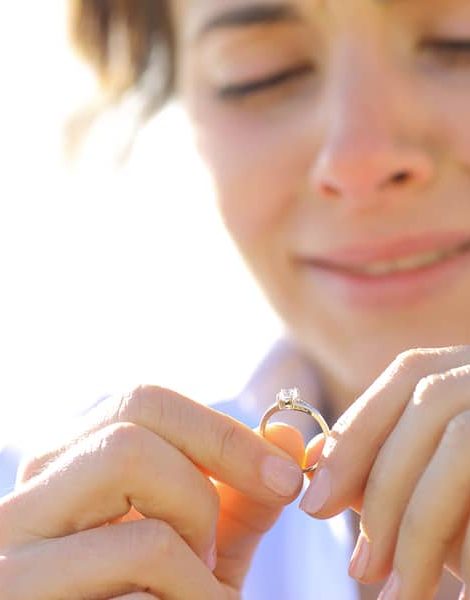 I Shouldn’t Have Married My Husband

I shouldn’t have married my husband.

Yes, we are still married. No, he is not going to freak out when he reads this. He knows that I had a little bit more than cold feet when it came to our wedding.

It’s true. I didn’t want to walk down the aisle. The night before my wedding I pretty much asked my parents if I could stay with them forever. And I meant it.

It’s not that I didn’t love him.

I did love him. I just didn’t feel ready. We had only been dating two years and I just wasn’t sure that we were the right people for each other. I was mostly worried that he had made a mistake in asking me. That he did it by accident. And that out of fear I said, yes.

I would like to go back in time and talk to myself on my wedding day. But what would I tell that 26-year-old girl?

I would tell her that she really has no clue what love is, but in ten years she will have the love that is something you read in a fairy tale.

I would tell her that your journey together will be hilarious. That even through the hard times, you will always come back to each other and laugh about it.

I would tell her that marriages are pretty awesome and that having your best friend sleep in the same bed as you is pretty great.

I would tell her that some things about him will drive you batty, but he puts up with way worse from you.

I would tell her that he will be the most amazing father. And that he will help create two of the most beautiful children on the planet.

I would tell her that he will love you with all his heart and treat you like an equal. That he will never talk down to you. Never expect things of you. And that he will become your best friend.

I would tell her that you will become more and more attracted to him. That he just gets more handsome every day and some days you just cannot wait to be held in his arms.

I would tell her to quit crying and run down that aisle because she was about to make the best decision of her life.

This post originally appeared on BluntMoms. Reprinted with permission.

Kyla Cornish is an on hiatus radio Dj adjusting to being a Momma of two children. Main problems? Lack of sex, sleep, sanity and an addiction to saucy chicken wings. According to one (probably drunk) commenter on her blog, “She is Canada’s Version of The Bloggess”. You can read her writing in a series of e-books titled “Life Well Blogged” and she has been recognized by many top blogger lists. She was even named Platinum Blog in her community of Cranbrook, British Columbia. Her big claim to fame is being kicked out of a blogging contest for cheating. She also won a baking competition when she was 11 at a 4-H Rally. So as you can see, she’s kind of a big deal. You can find her on her blog, Mommy is Weird and on Twitter.

This #RealityMom or #RealityDad has graciously agreed to share her word baby with our site and we are eternally grateful.
All Posts
PrevPreviousWhy Travel With Kids When It’s So Difficult?
NextREALITY MOMS PARTNER: San Francisco Susan G. Komen Race for the CureNext