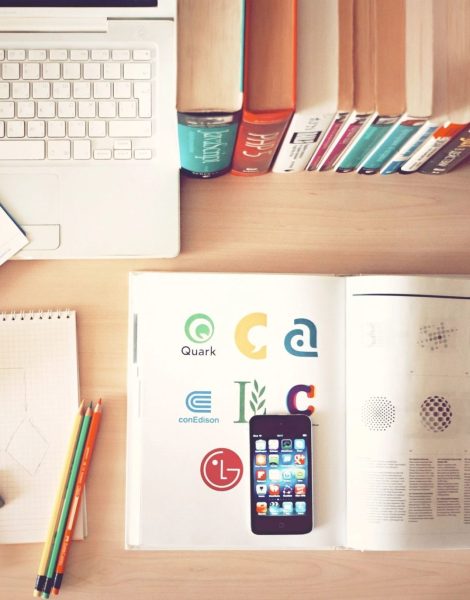 So you made it through Junior Year of high school—congratulations, mom! Let’s be honest, that was kind of a feat for you (and your child). Now it’s Senior Year and at times it’s going to feel like you won’t make it through this one. Of course we will (this is my second time so I know it’s doable).  Oddly, even though we survived it with our son, I am not exactly feeling confident and carefree.  They didn’t look at any of the same schools; they have very different grades, styles, personalities, stress triggers (not to mention gender) and  I am left stressed—like I totally do not have the hang of this; that I have lists of things I should do, but I don’t know where to start.

While there are oodles of things to do (hello, counselor forms), and things not to do (panic), there are a few truths you just have to accept and some behaviors you can totally boot to the curb. You’re going to need to concentrate on how to reduce your stress load this year, not add to it. This is the year we have to morph a bit from parent to mentor, from being the heavy hand to a guiding hand. So here are a few secrets on how to make the year more harmonious for all of you.

Stop the comparison train! The first thing to let go of is worrying about everyone else’s kids. What they are doing doesn’t matter, and the comparisons and competition are brutal. Do we really want to teach them to “keep up with the Joneses” this young?  Believe me, they will be comparing and contrasting with each other, so as a parent let it go, let it go, let it go! I really believe our kids will all end up right where they are supposed to. They will find their place and their tribe.  That said, they do need to make it through the application process.

Applications suck. No matter how much we are told to enjoy the process and make it fun,  it is stressful—for all of us. My son didn’t really embrace the fun aspect of college shopping. He found schools he loved, but during the researching, the trips and the interviews, he kind of just made it through.  Didn’t talk much. And the application process? That’s just painful. Obviously our kids are doing most of the work,  but in all honesty, we parents will actively participate as naggers, proofreaders, project managers and, most definitely, bankers.

Senior year is expensive.  The opportunities to spend money are endless—senior pictures, senior rings,  bricks, trips, prom, beach days. Mix in the cost of all those college applications and you end up with a lot of extra expenses. Don’t feel you have to do it all. They won’t even remember half of it. And try not to stress about that the money too much because, you know, next year. (yikes!)

Let’s talk about senioritis.  By senior year, kids and parents alike are pretty much over it. So yes,  senioritis is a thing. What does that look like? Like a definite lack of motivation. They don’t want to work, clean up—sometimes just getting more than a grunt out of them is a miracle. Honestly,  I don’t really blame them. Let go, loosen the leash a little because next year you won’t be holding one at all. Let them make their choices—good or bad. Give them (and yourself) a break because a lot of change is coming.

And the changes have already started. Maybe you’ll see your kid less as they get closer to leaving. They may be out more.This is your teen’s last year living at home, so try to remember that their time with friends is really important. On the other hand, they may be in their room (with headphones on) more. They want privacy and time to chill—time to not stress about all the stuff they have to do. Most likely they will be talking less–at least to you.  You may be sad about that—and kind of miss them even when they are still here. But that won’t last…you will definitely have times you want to pack for them and push them out! I remember my neighbor saying this was God’s way of making the split easier—that it’s part of their transition to living independently. Because once they are in college we lose that daily interaction.  We won’t really know  what they are learning, who their friends are and if they are eating right.  Hell, we won’t even know their grades!

Still, the short texts, the Snapchats and the Facetime calls make it all worth it.  And fear not…once they move out,  they will still need you.
#Money, #Carepackages, #Laundry, #MoreMoney

Dana Baker is a writer, a not-so-perfect mom of two and a Parent and Teen Coach. Founder of Parenting In Real Life, Dana knows first hand the challenges of raising a child with anxiety as well as ADHD and some depression. She understands the ups, the downs and the downright uglies and offers a reality check and a dose of good humor in her advice from the trenches. Dana has been featured in RealityMoms, Grown & Flown, Parent.com, Thrive Global, and ADDitude. You can find more about Dana on Parenting in Real Life.
All Posts
PrevPreviousGrandpa in Heaven: The Greatest Man They Never Knew
NextAdjusting to Three, When We Wanted FourNext