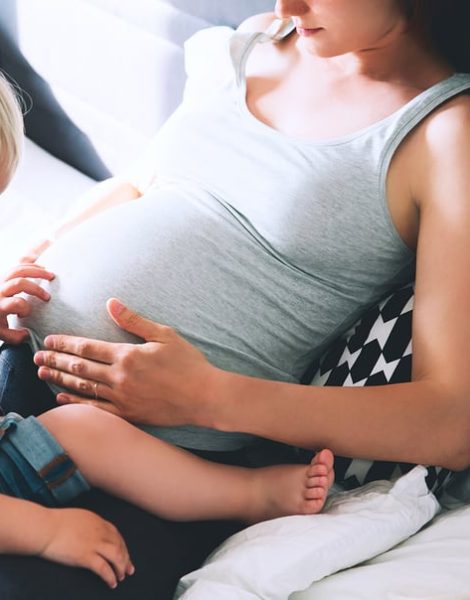 No, the Second Kid Isn’t Easier than the First

You’ve seen the memes and advertisements. With the first kid, the mom is fussy and uncertain; by the second, they’re confident and together. But watching those advertisements or reading those little quips makes me want to throw something. My version would be the opposite—confident with a young toddler alone, ripping my hair out with both. I have definitely found having a second kid is much harder at times than the first one, at least in the beginning.

Sure, there are loads of skills you learned over your first kid’s lifetime. But there’s a lot of problems that at least we never figured out. Either my older son just outgrew that stage or the only solution was pretty crappy. For example, we never learned out how to get either of them to fall asleep by themselves without doing a good bit of cry-it-out. (“No Cry Sleep Solution,” my ass.) Similarly, both of them went through a time when they would not lie still on the changing table, no matter how many toys or tickles we used to distract them. Eventually, they got bored with it, but not because of anything I did.

What you learned with the first kid doesn’t always apply

Remember when you were pregnant with your first and went through the house putting away every single thing they could possibly choke on? When any toy labeled “for three and up” was verboten? That time is gone forever. Even if your older kid isn’t yet three when their sibling shows up, they probably will be just when the baby starts to shove everything in his or her mouth. Even if the older kid knows not to give the little one small toys – my older son firmly tells his brother “This is for three and up” – they still end up scattered all over the house. Whether it’s the balls for Hungry Hungry Hippos or tiny doll pieces, you now have to be absolutely vigilant at all times.

Of course, the baby/toddler quickly realizes that the older kid’s toys are far superior to their age-appropriate ones. Or suddenly your older child has an intense case of nostalgia. You either end up with a crawling baby “wrecking” the older kid’s project or the older kid yanking toys out of the younger one’s hands. They can work it out on their own as they get older, but discussion doesn’t work when one party maxes out at a couple of words.

Their paces never match up

When my older son began to walk, I tried to let him take his time. I believed in not rushing kids, allowing them to lead at their own pace when possible. While I still believe that, I’ve thoroughly abandoned the implementation. For example, my older son loves picking flowers as he walks from our back door to the car. Which is adorable. Except until recently, his younger brother hated being in an unmoving car so much that he would scream until he was panting for breath. What was cutely lackadaisical became excruciating.

Their schedules never match up

Everyone knows the advice to “nap when the baby naps” is absurd, even with one kid. It becomes exponentially dumber with a second kid. The baby’s naps are going to be one of the very few, essential times you can hang out with the first kid on their own. Having this one-on-one time is essential for bonding and helps lessen a little of the sibling jealously. Unfortunately, lining up schedules doesn’t get much easier as they get older. My older son has the world’s slowest bedtime and regularly goes to sleep 45 minutes later than the little one. Of course, the younger one gets up much earlier than his brother, leaving me stuck in the middle. We face similar logistical impossibilities with coordinating preschool drop-off with nap schedules. 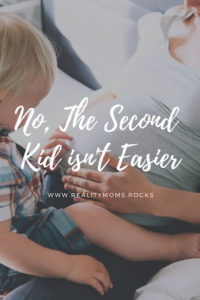 There’s never enough of you to go around

In the beginning, both kids want you all of the time. Babies need constant attention, between feeding them, holding them, changing them, and getting them to sleep. In the meantime, your first child, who is used to having all of the attention, suddenly has almost none of it. There’s just one of you and two of them. Even though I was incredibly fortunate to have my husband home during my maternity leave, my older son still wanted my attention constantly. He just didn’t get why he couldn’t climb on me while the baby was nursing.

It’s true as the kids get older, they’ll have each other to play with and turn to in times of need. We can allow them to resolve their own conflicts. But all of that seems so far away when you have really little ones.

So to the moms who look at those memes and wonder, “What’s wrong with me?” the answer is “Nothing.” Nothing is wrong with you or your kids. Raising kids is hard, beautiful work, no matter how many you have.

Shannon Brescher Shea is the mom of a family of four trying to learn how to be kinder, more sustainable, and more adventurous. In her blog, she explores parenthood, growing up, and this big beautiful world. She’s also written for the Huffington Post, The Good Mother Project, the Children and Nature Network, Rants from Mommyland, Greater Greater Washington, Simplicity Parenting, the New York State Conservationist, and Adirondack Sports and Fitness. In her day job, she’s a science communicator in the federal government.

This generous #RealityMom or #RealityDad has shared their wisdom with us.
All Posts
PrevPreviousThis Valentine’s Day, Skip the Roses: Get Something She Really Wants
Next6 Reasons You’ll Have To Pry Social Media From My Cold, Dead HandsNext