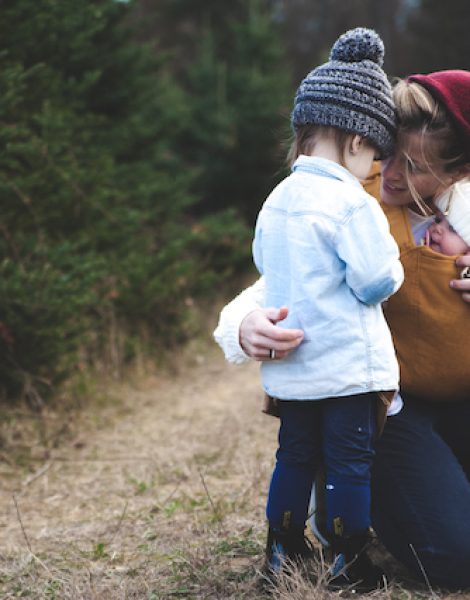 Five Reasons I Found My Second Baby Harder Than The First

When I had my first child, I experienced the same rollercoaster that all mothers do. I was exhausted, in excruciating pain, clueless and questioning everything about myself. But somehow or another, week by week, I figured it out.

It was difficult but rewarding. Essentially, no matter what we went through, there was always a way forward. I truly felt like there was nothing I couldn’t do. I was literally that super annoying mom who told people I was high on life.

Naturally, I also assumed I knew everything about babies. And before we knew it, our second little munchkin was due to arrive. I had heard the phrase “two under two” before, but it didn’t really mean anything to me until it actually happened.

This was where God used great measures to pull me back down to earth. To say I experienced a life-sized reality check is an understatement. I was shook AF. I realized I had no real idea what I was doing, not just with my baby, but with my toddler as well. It was beyond humbling—it was life-altering.

As we barely scraped by, I began to realize all the reasons why the second baby is so much harder than the first.

They aren’t the same baby

One of the first things I noticed was that my second baby was vastly different than my first. Looking back now, this is a painfully obvious fact. But for some reason, I truly thought I could use the same tactics and garner the same results. In my head, it was as simple as Approach A = Result A. I mean, really, I was so naïve it was kind of adorable.
As I tried certain things and watched them fail in a blaze of non-glory, I began to go mad.

My second child didn’t sleep the same, eat the same, nap the same or poop the same. Everything was brand new again and so much harder to figure out (insert loud, time-consuming toddler.) I felt like an idiot.

The toddler complicates everything with the baby

I was forced to learn (hard and fast) was that my toddler would get in the way of every single thing I needed to do with my baby. Gone were the days where I could kick back and nurse my newborn for an hour while we both drifted off to sleep. No longer could I devote my full efforts to soothing a crying baby. Vanished was the ability to put my babe down for a nap in a silent, tranquil environment.

I couldn’t do anything without a loud and clumsy toddler placing herself within inches of the baby’s face. She was simply too young to understand any of it, and she seemed to get a real rise out of causing trouble and making her sister cry.

The baby complicates everything with the toddler

As if having an elf-sized shit-disturber to worry about wasn’t enough, I learned my little newborn was what some parents refer to as a “Velcro baby.” My little angel, bless her heart, couldn’t stand to be put down. This made it impossible to do anything with my toddler. I couldn’t play with her, read to her, or even snuggle with her on the couch while we watched endless episodes of Paw Patrol, because the baby was always latched or attached to me in one form another.

Anything that involved leaving the house felt impossible because my life revolved around feeding and attempting to nap my baby. We couldn’t go for a walk, to the park, or even into our own backyard. It was a complete logistical nightmare.

“Me time” is as rare as a unicorn

When you have two endlessly needy children taking up your entire day, you don’t get anything done, and you never leave the house. If one isn’t occupying your time and energy, the other one is, or, more likely, they both are. Any rare unicorn moments of peace are used to sit quietly and completely zone out.

Even if I had been able to leave my house, I was too terrified to try. The thought of dealing with any of the thousands of scenarios where something went wrong, while surrounded by society, was far more stressful than going stir crazy in my living room for the 48th day straight. I just wanted shit to hit the fan from the comfort of my own home.

The topic of sleep was where I was served the largest portion of humble pie. And by “served” I mean aggressively pied in the face. My first daughter had experienced some sleep issues, but they were all easily resolved after reading a couple books on sleep (I was extra lucky because she was naturally inclined to sleep well). I, however, thought I was a skilled expert on sleep. I scoffed at other parents who lamented about their children’s sleep problems.

Mother Nature needed to check me, and she wasn’t going to leave any room for questions. I went through 10 months of sleep deprivation. I was so tired that my body began to shut down. I’m convinced it took years off my life.

When you have one baby to worry about, there are moments during the day where you can catch up on sleep, or at least sit down and rest a little. But when you add a toddler to the mix, there is almost no respite.

I took frantic, desperate measures to try and keep my toddler quiet while my baby attempted to sleep. I prayed for afternoons where both my children would nap in unison. I physically dreaded the nights where my toddler would be awoken by my baby’s screams. I would have literally sold my soul for more than 2 hours of consecutive sleep.

Within weeks, everyone in our house was overtired, and once that happened, it was almost impossible to get everyone back on track (fun fact: adults and babies sleep so much worse when they’re overtired). I was a walking zombie, barely able to function. I could hardly string a sentence together let alone take care of my children.

The sleep deprivation, and the first year in general, were some of the hardest things I’ve ever been through, and I’m surprised I lived to tell about it. However, it taught me a very valuable lesson on why you should never act like a self-righteous, pretentious, know-it-all.

So, if you’re about to go from one child to more, all I can say is expect it to be difficult. Expect it to feel more like going from one to four, than from one to two. Expect shit to get real. Expect to be tested at every capacity possible. And know, no matter how hard it gets, that there is light at the end of the tunnel. As your little ones grow, it does start to get easier. You do start to figure out what you’re doing. Everyone eventually sleeps again.

Know there are so many other mamas out there who have lived to tell their tales, and one day, you will walk among them, too. Godspeed!

Danielle Endl is a mommy to two mischievous little girls who love to keep her on her tippy toes. Armed with an education in English Literature and Public Relations, writing has always been close to her heart. On her blog—Munchkin Moments – she shares about the treasures and torments of being a mommy with honesty, humor and (mostly) warm-heartedness. You can also keep up with her on her Instagram Page.

This #RealityMom or #RealityDad has graciously agreed to share her word baby with our site and we are eternally grateful.
All Posts
PrevPrevious10 Tips to Get the Most Out of Your Goodwill Shopping
NextWinter is Wonderful at Canaan Valley ResortNext