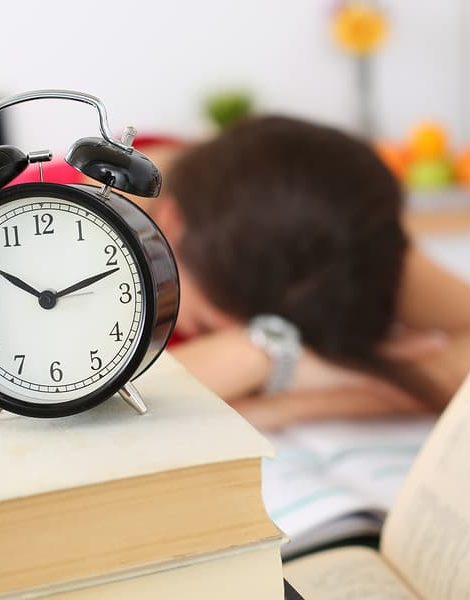 I walk downstairs, wiping the sleep out of my eyes so that I can clearly admire the crescent moon that hangs low over the horizon. I look for the first glimpses of the sun, but don’t allow myself to pause too long. It’s another school day and we don’t have much time before my girl has to be out the door. The sun will rise, but not until after she is on the bus on her way to high school.

Teen biology and circadian rhythm mean that simply saying “good to bed earlier” will not work. Puberty messes with kids in a number of ways, and that includes when they can sleep. Remember sleeping in late when you were a teen? Turns out you weren’t lazy, it was biology. The AAP says that teens have “natural sleep cycles make it difficult for them to fall asleep before 11 p.m.”

The Boston Globe reports that the number of Ds and Fs fell by half when Nauset Regional High School changed its start time to 8:35 a.m. Unsurprisingly, tardiness rates dropped by 35 percent. Academics aside, later school start times could make our roads safer. When Jackson Hole High School in Wyoming shifted its start time to 8:55 a.m., the number of car crashes involving drivers ages 16-18 dropped by 70 percent, according to the Jackson Hole News & Guide.

Shannan lives in the suburbs of Chicago with her husband and teen daughter. She's a recovery attorney who now blogs at BetweenUsParents.com, ChicagoNow, and as part of the Chicago Parent Blogger Network. Her writing has appeared on the Erma Bombeck Writers' Workshop, Scary Mommy, BonBon Break, Brain Child and In the Powder Room, and her essays have been included in two anthologies by The HerStories Project. She is also freelance writer for regional magazines. Shannan was in the 2013 cast of Listen to Your Mother, despite the fact that her daughter often fails to do so.
PrevPreviousPerfectly Imperfect, and a Real Mother of a Princess
Next#RealMomGiftGuide Back-to-School Mom HacksNext