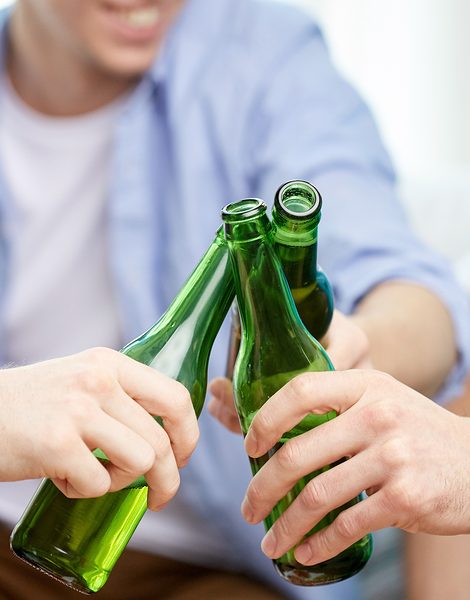 When Do You Change the Conversation from Restraint to Responsibility?

I took my son to lunch when he was home on break from college, and he ordered a beer. I was shocked but then realized he is of legal age.

We’ve talked about the risks of using drugs and alcohol since he was little. We rarely have wine in our home. Never beer or hard liquor. So, I assumed he’d be like me. A rarely, occasional, or not-at-all drinker. Faulty assumption.

When he ordered a beer, I realized that might be the case or it might not be. Something about it made me feel yucky.

I Can’t Believe I Never Thought of This

In that malt liquor moment, I realized that after the years of talking about under-aged drinking, I’d never shifted the conversation from restraint to responsibility. I wasn’t prepared for the moment he could legally buy and drink alcohol. And I hadn’t prepared him for it either.

Mom fail. Like sex, I’d rather he find out about it from us than from his friends.

At twenty-one, the drinking conversation stops. Maybe we assume our kids will make the same choices we do. Maybe we figure they’re adults and can decide for themselves.

Either way, I’ve got to stop assuming. If I want him to know something, it’s best to say it.

So like a kid who hadn’t studied for a test, I tried to cram fifteen years of responsible drinking thinking into a lunch hour. With Spring Break around the corner, now’s a good time for a refresher course.

People assume people your age will get drunk. It’s an expectation, not a mandate.

So don’t ever let other people’s expectations dictate your deeds. Follow your heart, and trust your instincts because you’ll have to answer for your actions.

By the time I was your age, I’d concluded two things: No good ever comes from a bunch of people sitting around getting drunk and losing control of your faculties is never a good idea.

There’s nothing cool about making a fool of yourself, getting a DUI, or waking up in a puddle of your own urine or vomit.

Here’s the thing. You don’t know how it’s going to affect you until you try it. You won’t know what your limit is until you’ve reached it. By that time, it might be too late.

No one ever takes their first drink and says, “I want to be an alcoholic.”

Yet we have millions of alcoholics in this country, some in our own family. So I know there’s a chance that if you party too much, you may no longer be in control.

If you ever think you’ve reached that point, please come to us for help.

People always say, “Drink in moderation.” Moderation looks totally different for you than it does for me. So, I’m not going to just say “drink responsibly,” I’m going to tell you exactly what I mean.

11 Surprising Facts You Might Not Know About Drinking and Driving

Here it is in black and white because we love you. Your dad and I never had to be drunk to have fun. And you don’t either. We’ll never condone bad behavior, and we’ll never sit by while you engage in life-threatening behaviors, no matter how old you are.

At your age, no one’s probably going to call us about your bad choices except the police. And if they’re calling that means one of two things–either you can’t call or you’ll never call again. We’ve taught you well but know you’re going to make mistakes.  Like with anything of significance in your life, we don’t ever want you to say, “I didn’t know.”

This post originally appeared on Grown and Flown. It has been reprinted with permission.

Sheila Qualls is a former civilian journalist and editor for the U.S. Army’s award-winning newspaper, The Cannoneer. Sheila is now a stay-at-home mom, speaker and writer. Sheila writes from the experience of 30 years of marriage, five kids, homeschooling, ten corporate moves, two dogs and a ferret. (May they rest in peace.) She inspires women by giving them a view into her world through a window of humor and transparency, one awkward moment at a time. She helps women navigate life’s emotional twists and turns so they can be the authentic women God called them to be. You can follow her on Facebook or at SheilaQualls.com.

This #RealityMom or #RealityDad has graciously agreed to share her word baby with our site and we are eternally grateful.
All Posts
PrevPreviousMeal Planning is Impossible Now I’m a Mom
NextHow to Choose a Summer Day CampNext