My husband and I recently celebrated our tenth anniversary. When I first met him nearly fourteen years ago, I never expected that we’d have gone through such an interesting life. We’ve lived in Philly for ten years, where we own a home. Then a sudden work relocation to San Francisco has the thought of finances on our minds like never before.

I have a lot to do with the money stress, I’m sure. He’s the numbers guy and I’m the visionary. My eyes are bigger than our wallet! Ha. The biggest lesson I’ve learned from him over the years was listening to how he invests our money. I couldn’t tell you where he puts it, but I love hearing him talk about it. That’s sad, isn’t it? The thought that I have no control over our finances is embarrassing for me. I honestly thought I was alone in my ignorance. But in reality, I’ve found that it’s something that many women struggle with.

This past summer I made it a point to really dig into what we have happening with our future. I was able to learn a bit, but I want to learn more. My husband doesn’t need to bear the load of our future. I need to empower myself and get educated. I need to know about the funds that it takes to put our kids through college. So many families have dreams for their futures—and so do we. I have to learn as much as I can and I’m thrilled to start learning from a Prudential Financial Professional so I can start to own my financial future.

It’s pretty wild how life works because within a month, I started working with Prudential and my husband got a new job on the other side of the country. I’ve wanted to get educated about financial planning and the opportunity for our family to start a new chapter rocks! In the short time I’ve been working with Prudential, I’ve started to learn the real challenges women face regarding finances.

In October, I attended the Pennsylvania Women’s Conference as a Prudential panelist. It was an awesome event (did I mentioned Michelle Obama was there!) I participated in a panel discussion called “Financial Security: Why You Need to Own It”. That’s where I met my future Prudential Financial Professional, Maddie! During the panel, we discussed our own questions/fears/thoughts about finances. I also learned about all the financial challenges that women face. These are two that spoke to me:

The first is the wage and income gap. The average woman working full-time earns 79% of the income earned by her male counterparts.(1) Many issues include a lower likelihood to negotiate salaries, time out of the workforce and differences in pay.  I knew the wage gap was a real issue, but did you also know that the wage gap also affects women’s 401K balances and social security payments? Women’s social security payments are 27% LOWER than their male counterparts(2)—wow! Because of the wage gap, women need to make their money work harder for them by investing and planning for their retirement. These statistics were so eye-opening and have made realize I need to be proactive to plan for my future by talking with Maddie at Prudential.

Next is the investment gap. Women obviously don’t invest in the same way men do.(3) On average, women have 30% lower retirement balances than men.(4) I can totally relate here. I have yet to dig into where any of my investments are. My savings carry a totally different weight and it’s interesting to really come to understand that I’m not alone in not investing aggressively.

Are you as intrigued about money as I am? And am I the only one who hears “Money” by Pink Floyd ringing in my ears? I’m excited to meet with Maddie and gain more of her Prudential knowledge. Maddie Brooks is a Prudential Financial Professional and might I add, a mom to two boys! If you’re ready to own your financial future like I am, I highly suggest reaching out to one of Prudential’s financial professionals. 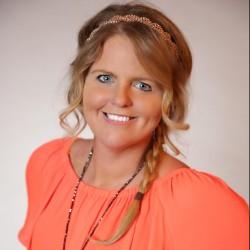