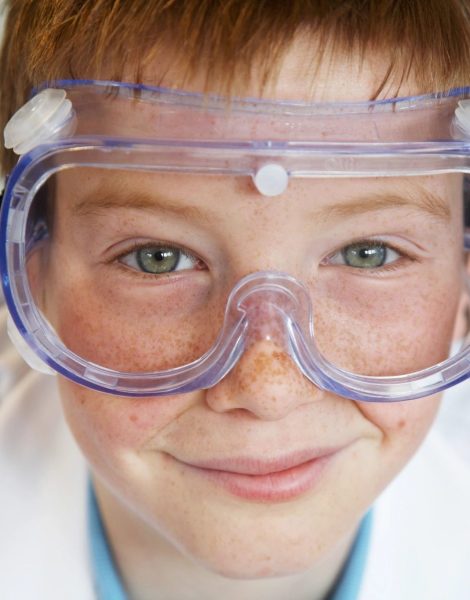 Raising Gifted Kids is NOT a Piece of Cake

I don’t have to stop and think, because they’re some of the math facts my five-year-old has blurted out in the past 24 hours.

What could be hard about raising a “gifted” child (or in our case, two)? Actually, more than you might imagine.

The wheels in a gifted kid’s mind are always turning. Often in multiple directions at once.

This means that many gifted kids (though not all) sleep less than the average for kids their age. Knowing this when my kids were infants—and knowing that they would both later be diagnosed as gifted—would have been helpful.

Now that they’re older, it takes my eldest forever to “turn off” her mind at night and go to sleep. We’ve tried relaxation/deep breathing, massages, yoga, etc. She still tosses and turns.

Because their minds are always going, gifted kids are often high-energy and need constant engagement.

Yes, plenty of non-gifted kids are “high energy” and need constant stimulation. But mine tend to exhaust not just relatives who know them and spend time with them regularly, but also teachers and child-care providers. In other words, people who are used to spending time around high-energy kids.

Upon finding out our girls were gifted, one of the first things we learned about was “asynchronous development.” This means that just because your kid is years ahead of their peers in, say, reading or math, DOESN’T mean they’re “advanced” in all areas.

In fact, there are probably several areas in which they’re behind the curve, their peers, or both.

In our kids, this has been most evident in gross motor skills and social skills. Our kids were talking in full sentences shortly after their first birthdays but didn’t walk until months later. By the time they ditched the diapers, they were well past their third birthdays and had been working on this skill for over half their lives.

And it’s easy to forget that a kid doing second-grade work (as our girls were in pre-K and kindergarten) may well have the social skills and work habits of a preschooler.

We constantly have to remind others (and ourselves!) of our girls’ chronological ages. It’s easy to forget when they’re so far ahead in some areas, but not others.

One other side effect of asynchronous development is that your kid may not have a lot in common with most kids their age. This can make even the most basic social interactions impossible for them, without a lot of adult help.

Most young kids, if thrown together with other kids their age (say on a playground), will spontaneously start playing together. Mine, not so much. For us, our main goal with preschool was getting our kids to interact with their age-peers.

Even the basics of “parallel play” were beyond our kids in preschool. They had no problem playing with kids several years OLDER than them, or kids several years YOUNGER. But put them together with kids the same age, and it was like magnets repelling each other. They just weren’t interested in doing what kids their age were doing, and couldn’t relate to them at all.

School Is A Battlefield

We have been so blessed with our local school district, which operates under policies that require accommodating gifted children the same as kids with other learning differences (aka learning disabilities). And yet we’ve still had to work through:

Don’t get me wrong; we know how fortunate we are. Our district has a gifted program plus a support system for gifted education, and already knows that moving kids up a grade or two (“acceleration” does more good than harm.

Gifted kids are also particularly susceptible to perfectionism and problems with self-esteem. One in five gifted children take perfectionist tendencies to an unhealthy extreme. They are so used to things coming easily to them the first time around, that they can’t cope when this doesn’t happen.

Some gifted kids develop severe anxiety from trying to live up to their own high standards. Others become anxious for other reasons. My friend Sadie’s kid is currently the only second-grader in his school’s gifted program. He’s already becoming an anxious perfectionist in his own schoolwork.

Fortunately, his gifted program includes lessons on how to cope with these tendencies. Unfortunately, he refuses to go to the gifted classroom most days. Why? Because he feels “singled out” and doesn’t like being “different” from the other kids. At age seven, he’s already in counseling.

When Your Kid Is Twice Exceptional, Things Can Be Twice As Hard

About one in seven gifted children also have learning disabilities. These kids, also called “twice-exceptional” face an uphill battle in getting all their learning needs met. School districts that accommodate all of twice exceptional kids’ learning needs are rare.

My friend Mary’s son is in an amazing district with a strong gifted program and a solid track record of identifying 2e kids. The district works hard to mesh his gifted accommodations with his ADHD and his autism-spectrum needs. Yet she still struggles to make sure his Individualized Educational Plan (IEP) both accommodates his needs AND is followed by all his teachers.

So yes, having a gifted child is full of many happy moments and blessings. But it’s not a piece of cake.

A version of this post originally appeared on Confessions of Parenting. It has been reprinted with permission.

Flossie McCowald was a teacher before becoming mama to Kimmie and Essie. A country girl who married a city boy, she and her family now live in Suburbia, U.S.A. When not schlepping her girls to Scouts, Code Club, swim lessons, or church choir, she enjoys bicycling, cooking, crocheting, and volunteering. She shares all her parenting mistakes, screw-ups, and things she learned the hard way her parenting tips, tricks, and hacks to save busy parents time, money, and sanity at supermomhacks.com.

This #RealityMom or #RealityDad has graciously agreed to share her word baby with our site and we are eternally grateful.
All Posts
PrevPrevious“Stuff” That Happens When Your Aging Parents Need to Move
NextOpen Letter to the Lazy Mother in the Grocery StoreNext