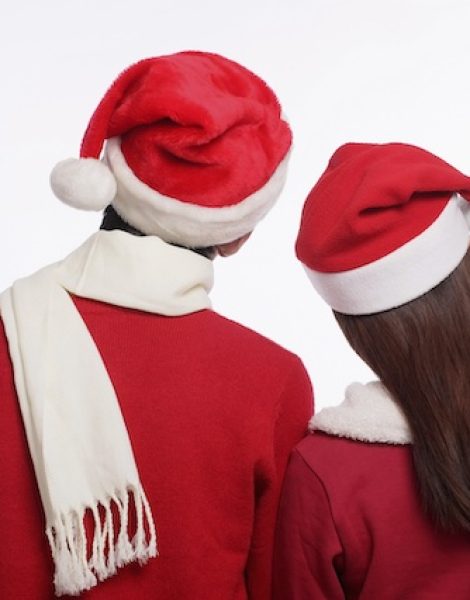 Putting on my Game Face for the Holidays 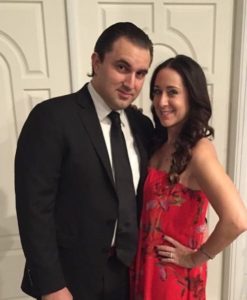 We all talk about people posting fake stuff on social media. Little lies to make their life appear better than it is in reality.

I hate those posts, but sometimes, in very special circumstances, you do it because you are trying to forget something…to establish some sense of normalcy.

This picture of my husband and I is from a few years ago when we were headed to a wedding. To the outsider, it looks like a typical picture of a couple all dressed up and ready to hit the town.

I had just experienced a miscarriage and was broken. I was still bleeding. I was numb. I was angry. I was heartbroken, devastated and just trying to get through the days without curling up in the fetal position. I didn’t want to go to a fucking wedding.

But I put my game face on and pretended everything was ok because I also didn’t want pity or people asking me if I was ok. Nobody even knew I was pregnant, much less lost the baby.

Sometimes, we do what we have to do to show any signs of regular life, not for others, but for ourselves. So be kind to others. Be sensitive and empathetic since you truly don’t know what is going on in someone’s life. And remember that not all seemingly deceptive posts are duplicitous. Sometimes they are simply someone being in survival mode.

Rachel Sobel is the heart and mind behind WHINE AND CHEEZ-ITS — is a Florida native (via Long Island like the rest of em). Living the NEW normal: Marriage, Baby, Divorce, Remarriage, another baby. In between navigating massive loads of laundry, cooking 32 different meals for picky eaters, doing ponytails over until they are perfect with “NO BUMPS, MOM!” and double fisting iced coffee, she finds time to write all of it down. She’s pretty Type A but admits that you are more likely to find baby wipes and a half-eaten bag of Cheez-its in her purse than cash. You can find her on Facebook and Twitter.

This #RealityMom or #RealityDad has graciously agreed to share her word baby with our site and we are eternally grateful.
All Posts
PrevPreviousWinter is Wonderful at Canaan Valley Resort
NextI Used to Dread the Winter: Then I Had KidsNext