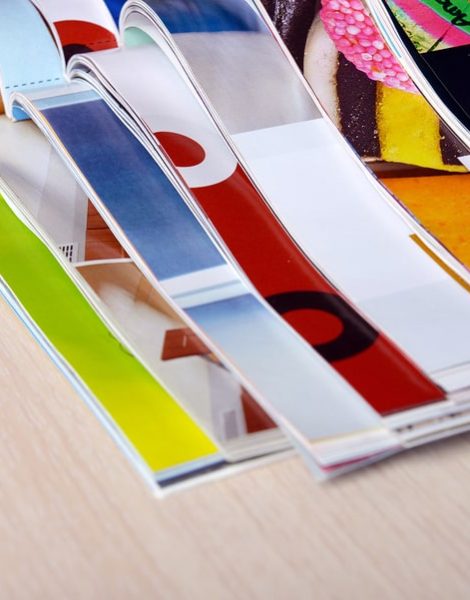 Why This Prude Mother Is Sticking Up for Teen Vogue

I must admit, when this story first crossed my Facebook news feed, I was disappointed.  Like many other parents, I am tired of the entertainment and media industry throwing inflammatory topics at my kids daily. I’m not the biggest fan of Teen Vogue, or any fashion magazine for that matter because they often highlight that girls and women are not “enough” as they are by promoting unrealistic body images and expectations.

It wasn’t the way I was raised

You see, I was raised in a house where sex was not talked about at all. While both parents were involved in my life and incredibly supportive of me in every way–academics, sports, friendships, job opportunities–sex was off the table.  If we were watching a movie or TV show where a romantic scene popped on the screen, my dad suddenly jumped up to use the bathroom or have a smoke outside on our patio. My mom simply ignored the topic altogether, except for when she thought my first boyfriend and I were getting serious, she sternly remarked: “If you get pregnant, I will kill you.”

Because of this, I developed a fear of anything related to sex, and like any teenager, a deep curiosity. I had questions – a lot of them – but I was too embarrassed to ask anyone. Books became my saving grace. Are You There God, It’s Me Margaret was my introduction to puberty. The Sweet Valley High series taught me about romance, and my mom’s Danielle Steel novels provided me with everything I needed to know about sexual relations. Add to that a few nights watching the spliced Playboy channel at my uncle’s house, and some pamphlets thrown at me in seventh grade by the school’s gym teacher, and my sex education was complete.

While my lack of knowledge terrified me, some of my friends–ones with similar backgrounds and parents like mine–decided the best way to learn about sex was to partake in the activity, some beginning at the tender age of 13. Unfortunately, many of them had zero understanding of the risks. These girls and boys weren’t from poor socioeconomic backgrounds or abused; they were honor students, cheerleaders and class officers. Most attended church every Sunday morning and Young Life on Wednesday night. It is a miracle that my high school was not the official launch pad for Teen Mom.

Because of my introduction (or lack thereof) to sex, I still carry around an awkwardness about it. I didn’t bring up condoms or STDs with my first partner because I was too embarrassed. I blush when my girlfriends talk about their sex lives, or I want to leave the room if it comes up in any conversation. I’ve never had an open relationship with a gynecologist, and it took me years before I felt comfortable enough to talk about my wants and needs with my husband.

And when God blessed me with three beautiful daughters, I laughed at the irony and cowered at the burden of educating them about sex. It is one of my greatest challenges as a parent.

Even knowing what I know now, I am not as open with my kids as I hoped. Our talks about puberty are clumsy and awkward, so I often turn to educational resources and books to help guide me. I have my children read about a topic first, and then we discuss it. I think it puts us both at ease.

I want to be more open with my kids

Because I don’t want my kids to feel scared or embarrassed or awkward when they decide they are ready for sex. I want them to feel informed and aware. I want them to feel empowered to have important, perhaps lifesaving, discussions with their partner, or perhaps guide a friend to a safe choice.

“It seems that with American children being constantly exposed to sexual content in the media through music videos, prime-time TV, and the internet, American parents anxiously avoid talking to their children about sex in the hope of not exposing them any further. This, in a climate where sexting, sending sexually explicit texts, is becoming increasingly common, even as early as in middle school.”

“While Dutch schools are providing age-appropriate lessons on intimacy and sexuality, instilling in children a safe code of conduct and respect for others, Dutch parents keep nothing from children. Nothing is taboo. Questions are answered simply and honestly, at the child’s level of understanding and maturity, as they arise.”

I believe that knowledge emboldens kids to make informed decisions and labeling things as “bad” or “wrong” only fuels their interest. We all remember the story about the forbidden fruit, right?

I am sympathetic, however, to the fact that this topic cuts deep into many Americans core moral values. I get it. It’s tough to raise your children in a manner you desire when every image, TV show and yes, magazine article, runs contrary.

Teen Vogue has given us an opportunity

In fact, parents should look at any door opening to talk about difficult subjects. Even if you decide not to have your child read the article, like I did, you should take every opportunity to have the discussion.

When I nonchalantly asked my almost 13-year-old daughter if she had heard about the story about sex that was in Teen Vogue, she simply replied: “Someone was talking about it the other day, but they said it was too gross to read.”

Her remark provided me with a soft opportunity to discuss the basics of the topic, such as introducing her to the notion that this was how gay men had sex and that other people – people in loving, trusting relationships, explored sexual intimacy.

“Interesting,” she replied. “Good to know.” And off she went.

While I’m relieved that the length of my conversation on the topic was brief, I know there are many parents out there who are not having any discussions regarding sex, and this scares me. I also recognize that many parents of homosexuals do not have the resources or knowledge to explain this type of sex to their children, and they want them to be safe and knowledgeable.

But mostly, I believe that for kids who feel ridiculed, judged or weighed down by stigma, an article like this could save their lives.

And for that, I am grateful to Teen Vogue.

I’m not ready to buy a subscription for my kids just yet, but you won’t see me burning any either.

Whitney Fleming is a marketing consultant, freelance writer and mom to three tween girls. She blogs about parenting, relationships and w(h)ine on her blog, Playdates on Fridays, where she talks about serious stuff, without taking herself too seriously. In her free time, she tries to dispel the rumor that she is a typical suburban mom despite the fact that she is often seen driving her minivan to soccer practices and PTA meetings. Go visit her site at Playdates on Fridays or find her on Facebook or Twitter.
PrevPreviousPatton Oswalt: Love Never Has to Die
NextSummer Survival Guide: Backyard ToysNext