Perfectly Imperfect, and a Real Mother of a Princess 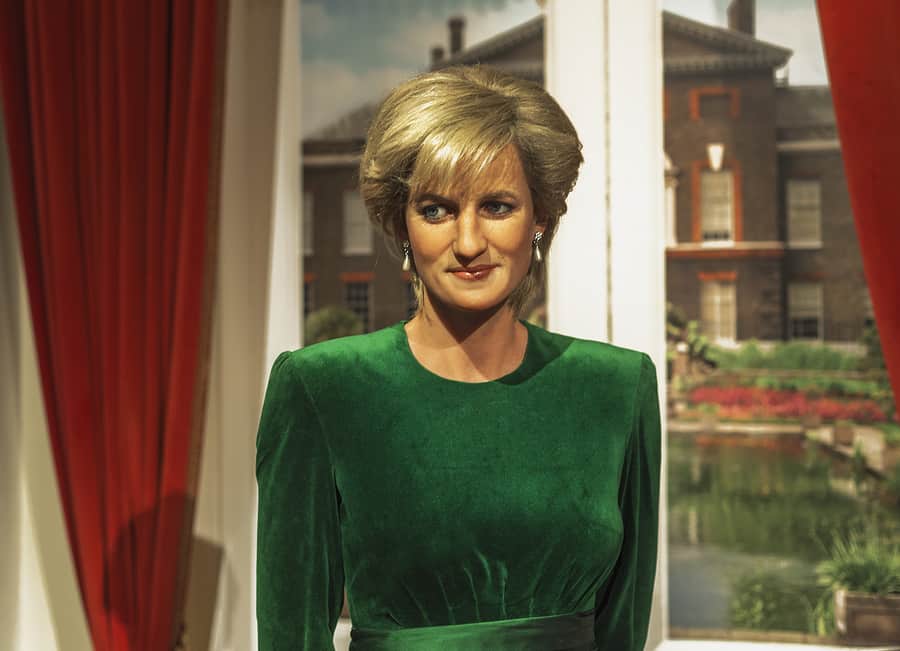 Some world events have an impact on us, regardless of whether we have any real connection to them.

Approaching the 20th anniversary of the death of Princess Diana, documentaries and magazine specials celebrate the life of the “People’s Princess.” As in the days following her death, I’ve been swept up in the coverage this last month. I’ve discovered a broken piece in my heart I didn’t even realize I held for Princess Diana.

Like so many little girls of the time, I have vivid memories of watching Diana’s wedding. I remember the very moment she became a Princess. It was a picture book come to life, complete with amazing wedding gown, a charming prince in sashed uniform, and ornate carriage to whisk them away.

I grew up idolizing her style and poise, respecting her compassion, and admiring her as she became a more vocal activist. Eventually, I found myself empathizing with her as her marriage ended. By then I was roughly the age Diana had been when she wed. I could truly relate to her as a person in a way I never could have as a young child.

A Heart For The People

While Diana’s ability to relate to those who were suffering might not have been seen as typical for a princess, whether AIDS patients or Bosnian land mine victims, I never found it to be surprising. She had a difficult marriage and an even more difficult divorce. She was a child of divorce herself and a fairly young mother in extraordinary circumstances. Diana was a woman searching for her place in a world she longed to embrace. It hardly seems remarkable she had that deep well of strength which typifies so many nurturers.

A Life Ended Too Soon

And then, almost as I’d just started to get to know her, she was gone. So shockingly sudden was her death, and so deep the loss felt by so many, there is an aura around her life which makes Diana – the woman – all but surreal.  She was almost like the main character in a book I read as a child, but it ended too sadly, so I never wanted to reread it.

Instead, it has been her sons whose lives I’ve really kept an eye on. I have watched them grow in her image of what it means to be a modern royal. I’ve found myself proud to see how they continued the same type of public work as their mother. They appear to have the same ease with people from all walks of life as their mother did.

Through Her Children’s Eyes

It is through them that I’ve begun to realize how real and really normal Princess Diana was. Even more so, I’ve noticed how “typical” she wanted to be. Like so many women I most admire, she was first and foremost a mom trying to navigate the strange and beautiful job of raising children.

Over the last few years Prince Harry, Prince William and his wife Kate have encouraged a destigmatization of mental health issues in the UK. Many discussions centred on their mother’s death, how they mourned, and how much of their grief they didn’t deal with.

Although I’m not a child of divorce, my mom died before I had my children. I am a motherless mother. I find there is a fundamental connection to anyone who embarks on parenthood with an atypical background. It’s no surprise I watched the HBO documentary “Diana, our mother: her life and legacy,” no less than 3 times.

In it, Diana’s boys talked about their mum’s wicked sense of humor, favoring rude cards and her love of laughter. Prince Harry mused his mother was perhaps a little cheeky in some of the twinning outfits she put the boys in. Prince William recounted how Princess Diana embarrassed him as a teen by having supermodels for tea when he was home from school. Just your average #BoyMom, am I right?

Some of my best friends are people I’ve never met. I don’t mean that in a “strangers are just friends you haven’t made yet” sort of way. They’re from the internet. END_OF_DOCUMENT_TOKEN_TO_BE_REPLACED

We may have been safe, but we were not unscathed. I felt the potential catastrophes around each corner. And in the shadows lurked the great What Ifs. The Could Have Beens packed themselves into each crack of my surface. END_OF_DOCUMENT_TOKEN_TO_BE_REPLACED

I stood among the rubble after a particularly bad explosion and screamed in my head, “HOW MUCH LONGER DO I HAVE TO PUT UP WITH THIS?” END_OF_DOCUMENT_TOKEN_TO_BE_REPLACED

Bullying. The not so last frontier of childhood. Despite the passing of decades, it is one piece of childhood that refuses to go away. END_OF_DOCUMENT_TOKEN_TO_BE_REPLACED