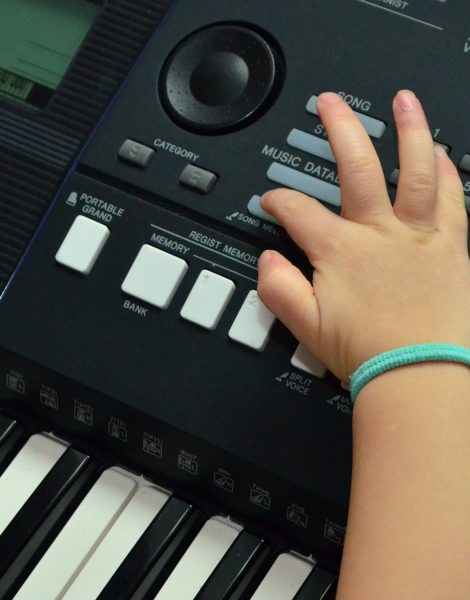 Perfectionism and the Holidays: The Gift that Keeps on Giving

You know that scene from It’s a Wonderful Life when George comes home, his life is ruined, and yet his kid keeps pounding “Hark the Herald Angels Sing” on the piano? He spirals out completely, yells at his sweet family, and somehow manages to suck all the living Christmas spirit out of the whole Bailey family in ten seconds?

That was me, yesterday. And I didn’t even have financial ruin to blame.

I had something much worse: Perfectionism.

I like to refer to myself as a perfectionist in recovery. I manage pretty well during the year with only occasional lapses into house-envy or comparison-parenting, but Christmas is tough. Give me some white lights and a few Josh Groban carols, and I find myself poised and wary, and wondering why my world doesn’t match the Hallmark Christmas movies I like to binge watch this time of year.

My George Bailey meltdown all happened because my son, Charlie, was practicing for an upcoming Christmas pageant.

I have listened to The Little Drummer Boy four thousand and thirty-seven times since November.

I used to love that song, but now, whenever my sweet son starts plinking away at its opening chords, I tense up. Pair that with the gloomy darkness that comes at five pm, a mediocre dinner plan, and an increasing malaise about budgeting for this season, and I was not in the mood. In fact, I was Scrooging all over the place. Christmas does this to me—it sets up a trap of Whoville merry and bright expectations, and everybody knows they aren’t even real.

Charlie was pounding away, and then Henry came along and decided that this was the time to start working on his piano piece as well. And, as boys are a rare breed that seem to find dissonance and chaos as natural as breath, they both just started happily hammering it out on opposite ends of that poor piano.

Here’s the deal. I always kind of figured I was the Mary Bailey in this equation. She’s the one with the neatly coiffed hair, apron, and soft, modulated voice. I mean, she was allowing her kids to decorate their Christmas tree with tinsel, which was a holy mess, and she was totally cool with it.

But what happens instead is that my inner perfectionist views this increasingly noisy and imperfect situation, and starts to think rather grouchy things like this:

Perfectionism is when what we expect, in our narrowed mind’s eye, comes crashing up against reality, and then there’s a mess. And everybody knows that messes aren’t perfect at all. My brand of perfectionism is a sly sort that doesn’t so much focus on the exteriors of my life. I don’t obsess over decorating the tree or making three-story gingerbread houses. My type of perfectionism hunkers down firmly into feelings, insisting that everyone have a totally happy and serene holiday season at all times.

This, as you know, is crazy sauce.

So, as my thoughts started to spiral, and the dog started barking, and my casserole started to dry up in the oven, I decided that right then the mess had won.

And so, I marched over, slammed the lid down on the piano (I made sure little fingers were out of the way; I’m not a monster), and shouted, “I cannot hear myself think! ENOUGH CHRISTMAS MUSIC!”

It’s impossible, really, to ever have too much Christmas music. But I huffed loudly and stomped away, and my boys eyed each other and then slunk off to find some Legos to fight over.

This is what perfectionism does, folks. It stomps about, angry at its own powerlessness, and the aftermath usually involves a lot of silence. Plenty of silence, in fact, to hear myself think.

Later, I apologized. I do that often with both of my boys and it helps. And I realized that this time of year, with its social gatherings, and decorating, longing to make it all as pretty and glowy as a Christmas snowglobe is a natural reaction. Andy Williams croons to us, after all, that “It’s the most marvelous time of year,” and we want to make sure we’re up for it. But as I hugged my boys I reminded myself, perfection is not my jam anymore. Grace is. Love is. Feeling all my feelings is.

Dana Bowman speaks and writes about recovery, momhood, and beating the perfection myth. She was featured on today.com in September for National Recovery Month. An English teacher for over twenty years, she decided to take up a writing career while mothering two babies, because she had so much free time.  She was thrilled to be asked by Central Recovery Press to write a book about moms in recovery. Bottled: A Mom’s Guide to Early Recovery, available now on Amazon, took exactly nine months to write. It was her third baby.  It was much less demanding. Bottled was selected as a Kansas Notable book in 2016. Her second book, How to Be Perfect Like Me is out August 2018. She had a horrible time with edits on this book and fully appreciates the irony.

This #RealityMom or #RealityDad has graciously agreed to share her word baby with our site and we are eternally grateful.
PrevPreviousThe Too Often Untold Joys of Parenting an Older Child
NextDivorce: This is How We Do ItNext