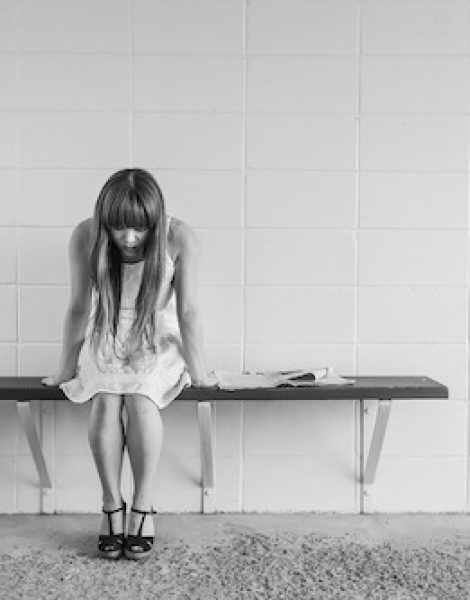 There is Nothing Positive About Addiction: It’s a Disease

I used to be the person that would hear or see someone talking about addiction in a negative way and I would instantly jump up with statistics and facts about how this is a disease. People in this horrible situation do not WANT to live this way, they got sucked into a terrible downward spiral and don’t know how to get themselves out. They need support, compassion, understanding. Not judgment and disgust. And, “would you treat your family member with cancer this way?”

I used to come to bat for people struggling with a dependency issue and fully speak my mind in their favor.

That was before I watched the transformation of someone close to me and how it directly affected my family. This is a debilitating disease, that is true. One that tears families apart and ruins relationships and is selfish and self-centered.

It’s a disease that forgets what time to pick kids up, what day of the week it is, misses baseball games and important school functions.

It’s a disease that likes to blame other people for its problems.

A disease that doesn’t open the door when you come to check on it, that doesn’t turn the blinds because it’s scared of what’s outside. One that is sad and hurting, but hurts others more and thinks because of its own sadness, that’s justified.

It’s a disease that can’t take responsibility for its own actions, even when the direct result of those actions are staring them right in the face (bars and jumpsuits and all). It’s a disease of disappointment. Of broken promises and borrowed money; a shell of a person stands in the face of this disease.

A disease that steals, cheats and lies like a professional. It’s contagious. Like a virus. The disease consumes everyone around it and they become dependent on the disease, even if they haven’t caught it. Dependent on taking care of it, keeping it warm, fed, and ALIVE.

This disease has tunnel vision. It doesn’t see the big picture or the impact it’s having on others. It only sees itself and what it needs, in the moment, for that hour, for the day. Tomorrow isn’t even a fleeting thought to this disease, not yet.

It’s a disease that will eventually die with its host. One that knows what it takes to cure itself of this madness but can’t take the plunge. One that appears to prefer living in its own filth and misery rather than facing the reality.

It’s a disease that affects family more when it’s alive than when it’s dead. A disease some people wish would just go away, and some wish would turn back time.

If you are dealing with this disease, I know how hard it is to see the person inside the disease. How hard it is to disconnect the two and realize that they are not one and the same, even though it would appear that way. This disease is deceiving. This disease causes hate, mistrust, regret, overwhelming sadness. And unlike other diseases, when this one causes death, it can create more relief for the family than any other.

I used to say “consider the person,” be compassionate, understanding, have faith, have hope, be supportive. Now, when it comes to this disease, all I have to say is…f*ck You.

This is a disease that never apologizes, so neither will I.

This post originally appeared on MomTransparenting. It has been reprinted with permission.

Nicole is a divorced mom of three, Realtor, and an expert procrastinator. She enjoys long walks to the kitchen where she tries to remember what the hell she came in there for in the first place. In her abundant free time she likes to share about parenting, divorce, single motherhood, and her experiences raising a young transgender child on her site, MomTransparenting. Follow her on Facebook, Twitter and Instagram
PrevPreviousMy Babysitter Keeps Me Sane Every Winter
NextMy Family Is Different, Please See Us…Next