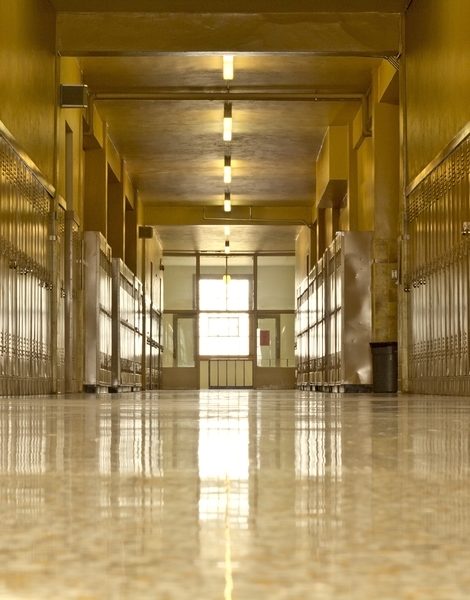 You may have read the story this week about a student at Penticton Secondary school in British Columbia who was being required by her school to wear long sleeves or face expulsion. We wanted to give you a follow-up.

If you didn’t follow the initial story, a quick recap: the school administration’s misguided reasoning was that scars on the student’s arms from previous self-harming behavior should not be seen by other students as it would create “an unwelcome environment.” Although she complied, the student felt as though she were being shamed.

Understandably, she wanted to approach school officials about changing the terms but was afraid to do so. After nearly a month of hiding both her arms and the reason she was covering them up in the first place, the young teen told friends about the letter the school had required her to sign.

This is where the story shifts because her friends weren’t having any of it. They didn’t think the ban on short sleeves was fair, and they didn’t believe the school was right to make a student feel ashamed of having scars.

Just three days ago I wrote a piece where I praised the group of tenth-grade students for not only supporting her privately but organizing a petition to publically appeal to the school on their friend’s behalf.

Happily, the activism by the students and the press it generated had a nearly immediate effect. According to several news reports, school officials approached the student on Monday to apologize for the misunderstanding and more importantly, the way she had been made to feel because of it. The upshot: they have lifted the requirement that she wear only long sleeves.

Just like that, there is a happy ending. As with all stories that have happy endings, there are still valuable lessons to be learned.

It can be hard, whether you’re a teenager or an adult, to speak up when you feel like something isn’t right. It is easy to feel powerless and to allow that feeling to keep you silent. That’s when it’s important to have people in your life who have your back. Friends, neighbors, colleagues who stand alongside you, lifting you up if needed, and speaking truth to power.

When we are in a position of power, be it a school administrator, a boss, or a parent, it is equally important to listen to the raised voices. To hear out the cries of injustice and unfairness, and to consider thoughtfully whether a course correction is needed.

Not every story will have a happy ending. Not all injustices are so easily corrected. It is important, however, to hold up such examples of reasoned discourse when they occur.

Serendipity Indigo is the self-proclaimed Queen of Silver Linings. She frequently writes about the struggle to find the bright side on her blog Mother of Serendipity. Although raised a military brat, she's called New York City home for the last 16 years. Now a wife & stay at home mother to her two young Rebels she can be found ranting, raving, looking for unexpected treasures, and committing random acts of photography. Most of this randomness is shared on her Facebook, Twitter, Instagram, Pinterest, and whatever other social medias the kids are into these days.
PrevPreviousLady Doritos: Because of Course
NextMy Threenager Makes the Terrible Twos Look EasyNext