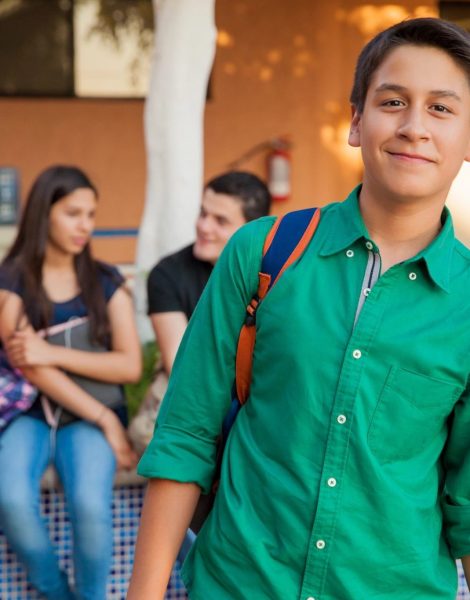 The Too Often Untold Joys of Parenting an Older Child

“That license plate says ‘One Nut’,” my mother pointed out. The badly-stifled laughter from the back seat indicated my ten-year-old understood the reference. Old enough to know that “nut” didn’t refer to a pecan, but young enough not to want to share a testicle joke with Grandma.

This is the joy of ten. Maturity and innocence wrapped into one. And I am loving it.

I’ve always loved kids, the younger the better. There is nothing like snuggling a newborn baby, or watching a toddler take their first steps. Kindergartners are a laugh-riot. When I pictured myself becoming a parent, that is the cherished image I always had in my head.

I never imagined how amazing having an older child would be.

For one, there is the level of independence and the relief that comes with it. When my children were toddlers, I tried to explain why I was exhausted all the time, despite just being home playing with the kids. Even on a good day without meltdown or incident, I was absolutely tanked by the time bedtime came, and then I would be listening for waking kids.

It was because as the parent of a baby, toddler, or young child, you are never off. You are constantly surveying the area for hazards, on high alert for danger. What did he just put in his mouth? Is that a paperclip on the floor over there? What is he climbing now?

The other day, my husband asked me where our ten-year-old was, and I genuinely had no idea. He was in the house somewhere, that was good enough. And that, my friends, is liberating.

And ten-year-olds are helpful. There are five years between my children, making us still firmly in the trenches with our youngest son. And he makes The Hulk seem like Mr. Rogers.

“Oh no! I spilled my Yop!” I heard coming from the kitchen.

Before I could even take a deep breath and prepare myself to deal with both the mess and the fallout, my ten-year-old said, “I got this.” He hopped up, grabbed some paper towel, cleaned up the mess, rescued enough of the Yop to appease his Gremlin of a brother, and I sat back and drank the rest of my coffee.

He helps around the house, both as a responsibility and for an allowance.

I haven’t had to put away a load of laundry or unload the dishwasher since he turned double-digits.

He frequently makes his brother breakfast when he makes his own. Sometimes, he even offers to cover lunch. He makes an active contribution to the household beyond the busy work performed by his five-year-old brother.

But cheap labor is not the main reason I love having an older child. I am falling in love with my child as a person. I have loved him from the moment I knew he was on his way, and my love for him now is no more or less intense or fierce. But it’s different.

I’m still the Mama Bear who would attack if someone threatened my child, even one who nearly matches me in height now. I’m still the Mummy who wipes away tears when his heart is broken.

And I would love him that fervently no matter who he was because he is my child. But now he is becoming someone in his own right. I love him as my child, but I like him as a person. He is funny and clever and kind. I like hanging out with him, and Minecraft recaps excluded, I enjoy having conversations with him about various subjects. The dynamic is shifting, and a genuine friendship is growing between us. I can now look at him like an autonomous human being instead of an extension of myself.

I’m not naïve. I know that soon hormones will kick in, and this child who is content with newfound independence to make his own breakfast and change for swimming lessons by himself, will push boundaries for freedom I’m far less comfortable with.

I know that the years are short until I will be watching the clock tick down to curfew, breathing a sigh of relief when he walks through the door.

Bigger worries than bedtime and video games are coming. Soon, we will be knee-deep in worries about sex, and drugs, and the big bad world we are slowly releasing him into. And as much as I hope he stays this open and cordial with me, I know that he will probably go through a time where he is intensely private and barely tells me anything, and I will worry and hope it is just temporary. And I know that when we get through to the other side, I will have the pleasure of getting to know him as an adult.

But right now, I’m enjoying the sweet spot. Ten is a gift. I’m savoring every moment of this perfect age.

This post originally appeared on YummyMummyClub. It has been reprinted with permission. 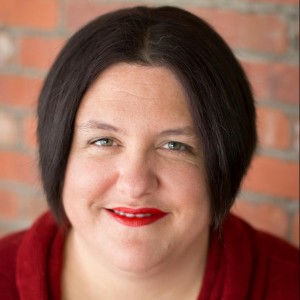 Heather M. Jones is a wife of one, mom of two, and a writer of things. She loves Toronto, social justice, and sarcasm.
All Posts
PrevPreviousI’ll Never Be Invited to a Neighborhood Party Again
NextPerfectionism and the Holidays: The Gift that Keeps on GivingNext