My Daughter is Too Much…and I am Thankful for That 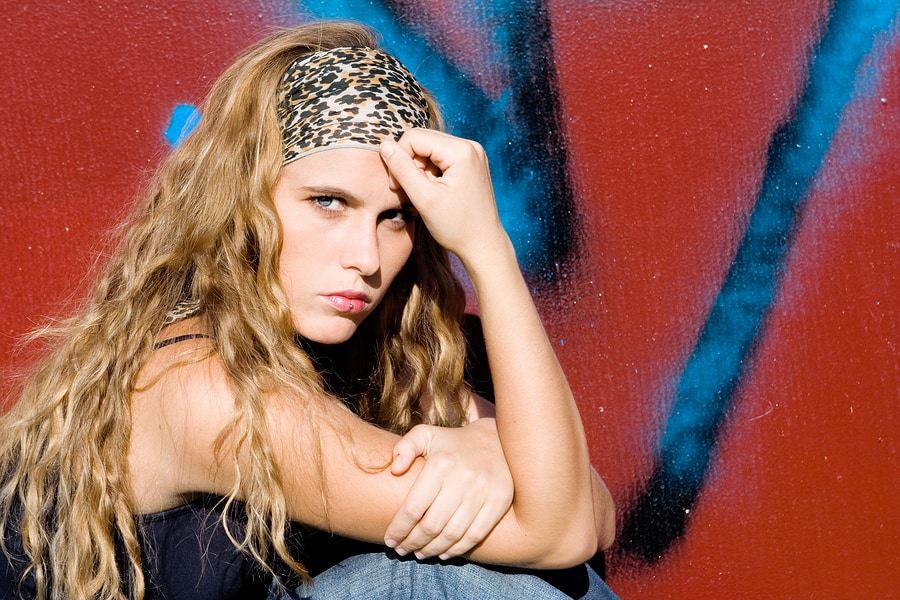 My daughter is a pain in the ass. She comes by it honestly. She comes from a line of difficult women. In the current parlance, you'd call us women of zero chill.

My daughter is a pain in the ass.

She comes by it honestly. She comes from a line of difficult women. In the current parlance, you’d call us women of zero chill.

We are exasperatingly too much. We are too loud, too exuberant, too smart, too stubborn, too sensitive, too cynical, too truthful. Our “too”s could stretch out longer than the rolling prologue for Star Wars Episode 4.

And for as much of a pain in the ass as she is (and I am, and my mother before me), I am so thankful. When she challenges me, as long as it’s reasonable, I let her do what she wants.

Not because we lack discipline, but because I think she has the right to determine what she does and doesn’t want to do. And that she CAN and SHOULD follow paths just because she’s curious; just because she wants to see where they lead; because the only way she can test her muscles is by using them.

At the same time, there are ways she wants to be protected, ways she shows that she’s still not ready to let go of being a LITTLE little. She is still very emotionally attached to her little white stuffed kitty. She still wants reading and cuddling at night, preferably with her Papa, who will often fall asleep beside her (if not BEFORE her).

Daring greatly involves emotional investment. This girl has had a deep sense of justice practically since she started showing us her personality. She is very upset by unfairness. I often joke she’s going to be a human rights lawyer.

I don’t think it’s wrong to say she’s a better person than I. She will go farther than I ever have. She’s got more stick-to-it-iveness. She’s also more outgoing.

And she’s more of a pain in the ass.

Or at least, a different kind of pain in the ass.

But I’m convinced that being difficult is a way of saying that life matters. It matters deeply. And life is difficult, and so must we be, too, to get the most out of it.

Jennifer Rosen Heinz lives in Madison, Wisconsin, and is a recovering MFA and award-winning poet and blogger. She enjoys poop jokes. She is the co-creator of the Kindness is Everything sign, which has raised over $200k for nonprofits and can be seen throughout the US and in ten foreign countries. She is a volunteer for Moms Demand Action for Gun Sense in America and Design for a Difference-Madison. She works for BRAVA Magazine. You can find her on Facebook.

PrevPreviousWhat Kate Spade, Robin Williams, Marilyn Monroe and I Have in Common
NextLet Them Grow: What It Really Feels Like To Miss Your Child’s FirstsNext
On Key

Today I showered. That was it. That’s all I accomplished for the entire day. END_OF_DOCUMENT_TOKEN_TO_BE_REPLACED

My moment, a chance to escape. I lock the door. My reprieve from the chaos. END_OF_DOCUMENT_TOKEN_TO_BE_REPLACED

I know that you try your best to be a good mother, partner, daughter, and friend, but all too often feel like you are failing at all of them. END_OF_DOCUMENT_TOKEN_TO_BE_REPLACED

Thank you @momarazzi_ ! This made me laugh hysteri