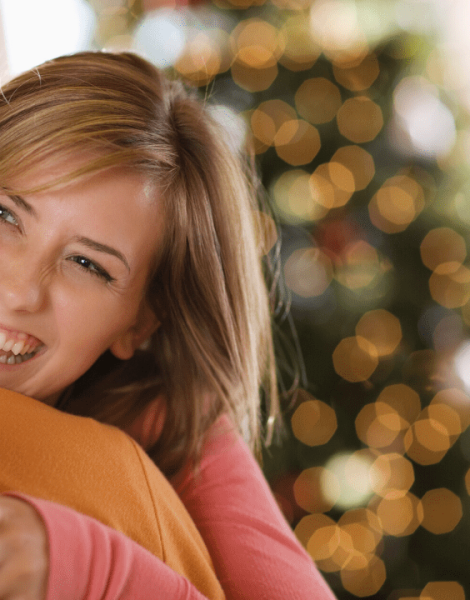 The number 18 is kind of an odd number. It’s big if you’re talking about pounds gained or lost, how many times you sneeze in a row, or how many marriages you’ve had, but for many things it’s a relatively low number—18 miles to your destination, 18 minutes until vacation starts, and (for me) 18 truffles in a box.

But 18 gets to be a gut-wrenchingly small number when you realize that’s the number of times you have to make significant memories with your kids.

That’s 18 birthdays where you can count on them being in your home and spoiling them with love. The number of Christmases you can have them at the tree faces alight with anticipation. (Well, that number may be more like 11, with the final 7 being them trying to look too cool to care but knowing them like you do, you know they’re secretly excited for what’s inside the brightly wrapped boxes.) You have 18 Halloweens to watch their personalities shine with their costume choices, even when they’re teens and too old for trick-or-treating, they still like the magic of the holiday.

Then there’s the day you wake up and realize the number is down to three. THREE!

My oldest is 15 and he asked me this week if I’d started shopping for Christmas. It’s September 7. I snorted and said, “Umm, I haven’t even thought about Christmas and will not be thinking about it anytime soon.” I looked up and saw his face fall a little, but he covered it up quickly and shrugged.

That’s when it hit me; after celebrating this Christmas I’ll be down to two.

I immediately chastised myself for my flippant reply to my son. He’s obviously still holding on to the joy of the holidays and I’m so mired down in the day-to-day pulls and needs of life, Christmas often seems like one more chore on my to-do list. One more holiday spent trying to get the perfect gift, please everyone, get things shipped in time. So much doing! So much worry!

It wasn’t always like this. Christmas used to be my favorite holiday. There was so much to do! And I loved all of it. I loved the shopping, often buying things in the middle of summer and hiding them in my closet. Unfortunately, I would often forget about those gifts, but my kids were happy later in the year when they got a surprise gift for no reason. The shopping was fun and easy.

When they were really little I could take them with me to shop! They were usually into the easy things, like any toy ever made. I could get a dinosaur, a car, and pajamas with their favorite cartoon character and I was a hero. Fill their stockings with candy, a new toothbrush, a coloring book, and crayons, and it was a treasure chest of joy for them to comb through.

Now the things they’re into aren’t easy to buy in a store. Or cheap.

Their lists read more like a marketing flyer for Apple or Xbox and don’t include any cartoon character pajamas. It becomes a challenge for me and my husband to ensure we’re being “fair” with all the gifts because being in a blended family means fairness is even more top-of-mind. Because we’re a split family now, it means coordinating gifts with my ex to ensure we’re not buying duplicates and also making sure I’m not buying bigger or better than him. It’s figuring out holiday schedules between various houses, visiting relatives, and lots of back and forth driving. So much doing! So much worry!

So, when it hit me recently that I only have three years left of the “doing,” I thought about what that next Christmas will be like. Of course, I can’t predict the future but what if my son decides to celebrate the holiday with friends, or a new girlfriend? What if he’s not living at home and it’s just me and my younger son, trying to figure out how we move without my oldest in the room? Where do we sit, how quickly will the boxes be opened now that each one doesn’t have to wait for his brother to open and delight in his gifts? Who will help me moved the stupid Elf on the Shelf each night (since I now make my oldest do it so I can go to bed)?

And then I realize that my youngest will have lost the magic of believing in a moving stuffed Elf by then.

I still have eight Christmases with my youngest, but once my oldest is out of the house, it’ll be different. It will feel a little lonelier, a little less ‘right’. Even if he does come home for the holiday, he’ll now come home a man. Gone will be my little boy and in his place will be a man I will be working to get to know on a daily basis.

Because I can see some version of how different things will be, I’ve resolved to make the most of the three and eight I have left. My “18” are long gone, but I still have three where we’re all together. Where each boy opens one gift, we ooh-and ahh, then the other boy opens a gift, and we repeat. Three more where we make gingerbread houses, the boys smiling when the box appears on the table, even though they’d never admit they still enjoy this activity to their friends. Three more where we go cut down a tree together, a tradition I’ve hated but now see as magical because it means we’re all together. Three more holidays of making a big Christmas Eve dinner that everyone groans about having to sit down to eat, because they want to get to opening their one Christmas Eve gift (that usually turns into opening all the gifts).

There will come a day when it’s just me and my husband.

Presents might be shipped to far off addresses, the Elf on the Shelf will still sit on the mantle, but he’ll never move. Christmas Eve dinner might simply feel like too much work for just the two of us, and Christmas morning will mean we both sleep in as late as we want and go downstairs to an empty living room. No gifts from Santa waiting in front of the fireplace, no excited faces with messed up hair, cartoon character pajamas, and squeals of “Hurry up Mommy!” greeting me.

It’s enough to make me excited again for this Christmas.

One more year of so much doing, so much worry and most of all, so much joy.

Heather LeRoss is the two-time award-winning author of Just Tell Me I’m Pretty: Musings on a Messy Life. Visit HeatherLeRoss.com now and download three FREE chapters of the hilarious book that was dubbed, “Best book I’ve EVER read,” by Heather’s Mom. You can also follow her on Facebook.
All Posts
PrevPrevious7 Ways to Be More Positive About Your Marriage Right Now
NextOne Child is not a Selfish ChoiceNext