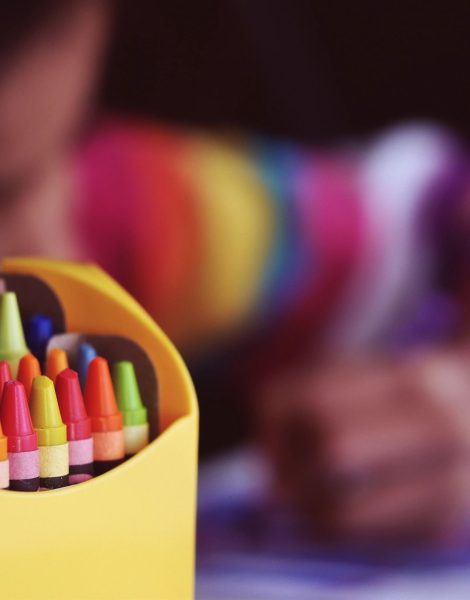 I Don’t Regret Not Redshirting My Four-Year-Old

I was an anxious newly minted mom of a school-age child, one year ago, and like most parents preparing their kid for kindergarten, I worried about my son making new friends, handling the school work and whether he would eat the lunches I made. Having never sent my child to daycare or preschool, I was thrusting him into a whole new world. And, all of this was happening when he was only four years old.

My eldest was born in November 2012, which fell about a month behind the New York State cut-off for entering kindergarten in 2017. I knew he would likely be the youngest child in his class, and how many parents in my place would have held him back. I had every intention of sending my son to school, but the voices of concern both in my head, and from without, filled me with a lot of doubt.

I wondered if I was making the right choice, especially since conventional wisdom is to redshirt children.

Redshirting, in case you happen to be one of the few parents in the United States unfamiliar with this term, is the nickname for the practice of holding back kids whose birthdays fall on the borderline for entering a certain grade, usually kindergarten. This number varies from state-to-state, with some requiring incoming kindergartners to be five as early as September and others as late as December 31. Across the United States, you can have kids ranging nearly two full years in age all in the same grade, all required to learn the same thing.

This large range of age and maturity found in kindergarten did impact my child. He had a lot of growing up to do, and he had trouble adjusting to the regimen of school. While his classmates were already writing notes in their journals, my child was coming home with drawings. His eagerness to make friends often came off as overbearing and annoying. He was in trouble.

My husband and I met with the teacher and school guidance counselor, who expressed their concerns.

Admittedly, I was upset that these issues weren’t addressed during my son’s summer assessment—a requirement for all incoming students—but, I did my best not to let that cloud my ability to listen.

At their suggestion, we considered pulling our son out of school and waiting another year. I researched standard, local preschools as well as some unconventional options, including Montessori and Waldorf, and scheduled visits. Some included my son, others did not. Most were very welcoming and understanding of my situation. However, none felt right. In my gut, I felt my son belonged in kindergarten.

A gut feeling, however, is not enough to get your child caught up. I knew my son would need to work hard to meet the standards of kindergarten and be ready for first grade. I didn’t want my child to merely get by, I wanted him to excel and thrive. My once lax attitude needed to change, and I had to work with my son as much as possible to help him progress. To my amazement, my son had it in him all along, all he needed was a little push and motivation. Because he was already on par or ahead of his classmates in math and science, we focused on reading and writing.

By November, my now five-year-old was finding his groove, his behavior was improving and he not only improved his social skills, he became a true leader among his peers, often organizing games at recess and encouraging others to join in.

He responded well to fair discipline and rarely got in trouble. With guidance, his writing improved and his take-home notes became longer each time.

His progress was still slow, however, and by December the thought of pulling him out of school still loomed in our heads. But, I liked the way we were headed, and worried putting him into preschool would undo all the hard work he did, so we pressed on. I continued working with him after school on his reading and writing. He was also a few months into piano lessons, something which I think helped with his concentration and attention.

My son really shined in the last few months of Kindergarten. It was during this time that the students started bringing home books to read with their guardians. My son, who still struggled with identifying letter sounds was just given a few sight words to practice. I had a hard time knowing his peers were already reading, some at advanced levels, but I tried not to be discouraged, or let my son feel inferior. We worked together to improve his skills, and little by little he retained more information. In a matter of weeks he was coming home with simple books he was capable of reading on his own. By, the end of the year he had jumped two reading levels.

During our final conference, his teacher acknowledged the incredible progress my son had made.

What he had managed to do was not typical, and I believe it is a testament to his intelligence and the support he had from his family and the school. I left the meeting fully confident that my son was ready for first grade.

This year my son entered first grade, most likely as the youngest in his class. He is in a multi-grade classroom, so he is interacting with children who may be more than two years older than him. I wonder if the rigors of school will motivate or scare him. I wonder if he will feel young, or just happily blend in with kids of all ages. What I don’t have to wonder is whether he will need help in order to succeed. He will need help, because all children do.

Regardless of whether we choose to hold our kids back, push them ahead, or keep them right where they are. school can be a challenge for both children and adults. When we have support and encouragement from our family, friends, and community, we have the tools we need to build our kids into motivated students.

This post originally appeared on Maybe I’ll Shower Today. It has been reprinted with permission.

Gail Hoffer-Loibl is the mom of two spirited boys who provide constant fodder and inspiration for her writing on her site Maybe I’ll Shower Today. Her work has appeared on Scary Mommy, The Huffington Post, Her View from Home and more. You can find her on Facebook and Twitter.

This #RealityMom or #RealityDad has graciously agreed to share her word baby with our site and we are eternally grateful.
All Posts
PrevPrevious5 Reasons Whole Foods is a Mom’s Best Friend
NextWe’re a Gluten-Free Family: Don’t Judge UsNext