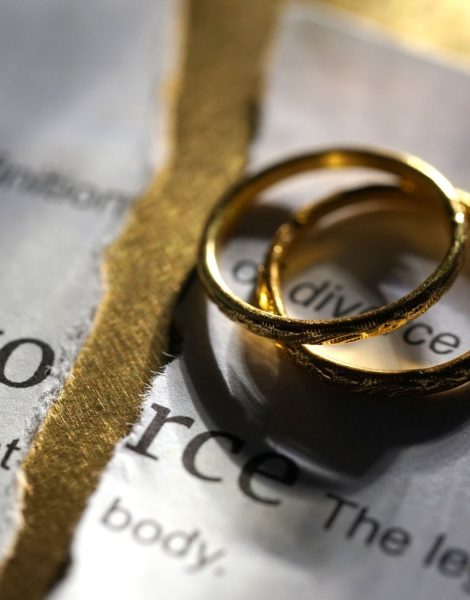 I Got Divorced and I Have No Regrets

I wish I could say that my divorce was heartbreaking. When I went into my marriage I didn’t anticipate that it would be coming to an end one day. Nobody walks down the aisle on their wedding day thinking their marriage will eventually come crumbling down around them. You don’t want to even consider the possibility of divorce because your relationship is different. You WILL make it. But even in the beginning, I wondered if I was taking the next natural step because society said so or if I was embarking on this journey because I was ready to share my life with this man. I still don’t know.

What I do know is that when the end came, I didn’t feel any of those emotions you anticipate after a major breakup.

I was sad at first, sure. But it didn’t last long and I definitely wasn’t crippled by emotions. By the time my divorce was over, I didn’t feel the huge sense of loss I expected would come with losing someone in your life in that way.

I thought I should have cried that it was the end of an era and struggled to move on after over a decade of couplehood. I wish even today I could pretend to be even a little sad that my marriage came to an end. But after the years of being in an unhappy relationship and the process of divorcing being such an emotionally draining and excruciating journey, I’d say I was ecstatic to see it all finally come to a close.

I knew things were better off for my kids. I felt strongly about raising my kids to respect themselves enough to know that you don’t have to put up with ANYONE’S shit. Not even your spouse. I have repeatedly expressed to my kids that if you feel unloved, unwanted, unappreciated or mistreated in a way, you don’t have to stay. And I wanted to be able to teach them that lesson by being an example.

At first, I felt bad that I didn’t feel bad. On the contrary, I went into my final court date excited. I couldn’t wait to hear the judge bang the gavel and announce that this was all over. For a nanosecond, there was guilt about not having thoughts of regret, but then my ex walked in with his pompous and self-righteous demeanor and I was quickly reminded of why this was quite possibly one of the best days of my life.

My marriage wasn’t all bad. We had our good moments, like any relationship.

We brought three beautiful children into the world. And even though it ended in me being a solo parent, I still don’t regret that. Our early years were actually enjoyable. We did love each other once upon a time. I can’t tell you when that started to change, but I can tell you it was a long time before I filed for divorce. I lived in a marriage where I felt stuck. I felt obligated by vows and family ethics to do everything in my power to make my family work.

It took me a long time to come to terms with the fact that my marriage had been over for some time. And once I did, I was so focused on being an “old” woman who was divorced and had kids that I couldn’t imagine how anyone would ever want me after this. I was terrified of being alone for the rest of my life and I was comfortable in my chaotic and toxic life. THAT upset me more than my actual separation from my spouse. But as soon as I came to the realization that alone was better than what I was experiencing, I was able to make this experience one I was ultimately proud of making for the good of my family.

I am proud of myself for finally walking away. For not letting him suck me back into a loveless and unhealthy relationship despite his attempts and proud of myself for sticking to my guns even when it got REALLY ugly because he realized this was the end and he wasn’t going to be talking himself out of this one, for a change.

After my divorce, my life finally started. I felt like I was a new person. My kids began to heal, we set healthy boundaries, we had a schedule and we moved on together. A divorce can be hard on kids, and it was hard on my kids, but I think in the end it brought me closer to them and them to a place of respect and understanding with me. They saw me struggle, but they saw me THERE. And they still do.

It might be a shameful response but when people apologize when I tell them I’m divorced as if I lost something worth keeping I always say, “I sure as hell am NOT sorry, so you shouldn’t be either!” And that’s the truth.

I won’t apologize for doing what I needed to do in the best interest of my family, and you shouldn’t either, even if it does make you a little (or a lot) sad. That’s ok too. 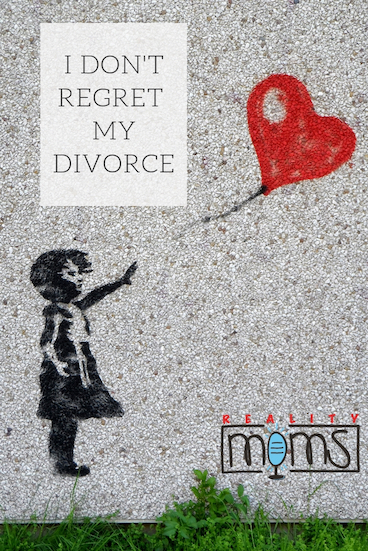 Nicole is a divorced mom of three, Realtor, and an expert procrastinator. She enjoys long walks to the kitchen where she tries to remember what the hell she came in there for in the first place. In her abundant free time she likes to share about parenting, divorce, single motherhood, and her experiences raising a young transgender child on her site, MomTransparenting. Follow her on Facebook, Twitter and Instagram
All Posts
PrevPreviousThe Internet People My Parents Warned Me About
NextLazy Mom’s Guide to the Perfect StaycationNext