There is NO PLACE in this World for Homophobia or Transphobia

There has been so much misinformation and fear-mongering being spread around when it comes to what our kids are learning when it comes to tolerance and acceptance towards members of the LGBTQ+ community.

So let’s lay it all out on the table, shall we?

This piece originally appeared on One Crazy Kid. It has been reprinted with permission. 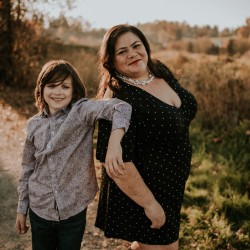 Brandee Foster
Singing, dancing, and laughing through motherhood (and life in general) was how Brandee thought things would be when she found out she was pregnant. In reality though, as a mum of one crazy and amazing dude, she often finds herself laughing at fart jokes and dancing through sword fights. Brandee likes to approach life in a straight-up way with honesty, a sense of humour, and lots of sass. She blogs about the good, the bad and the real when it comes to life, love, and everything in between at One Crazy Kid. You can also keep up with the antics of the One Crazy family on Facebook, Instagram, or Twitter.

Latest posts by Brandee Foster (see all)
2018-05-17
Previous Post: The Financial Rewards of Having A Boy Going to Prom
Next Post: Are You Proud of Your Kids? Maybe You Shouldn’t Be