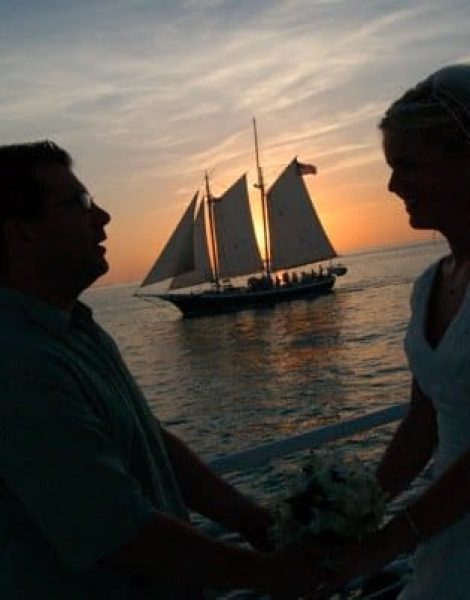 Nine Years of Wedded Bliss: A Tribute to My Husband

One of the biggest days in my life was March 3, 2007. I remember that part of my life so well. It’s everything ‘AC’ that threw me for a loop. But that day in and of itself? It was the most beautiful day of my life.

This blog came about after I had kids. What I call ‘AC’—after children. I often wonder what I would have blogged about before when I didn’t have kids? I’d probably have blogged about fashion, travel & how to spend money like a twenty-year-old. But as I am about to embark on a whole new era in my life—today is the perfect day to reflect upon that. Today is the day that I really sealed the deal with my baby daddy. 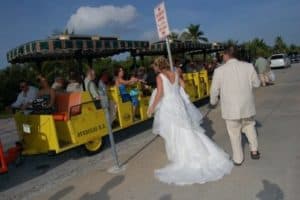 Nine years ago TODAY, I got married! On the beach, where we were dropped off by a giant conch train I remember walking up that big sand dune in that incredible dress. I wore this petticoat that was falling off under my dress and ten minutes in I was already wanting to strip the clothes off! It was SOOOO HOT! In fact, I think after the ceremony, I took it off! (The PETTICOAT that is—get your heads out the gutter!

I remember standing in front of everyone and turning around and looking around at the atmosphere of where we were. Here I was, twenty-nine years old standing on the beach surrounded by sixty plus friends and family. On a small island named Key West.

Funny, I’m sitting outside enjoying the silence on this little island named North Captiva as my family is wild inside the house. I’m sitting on the deck listening to them get crazy inside. AT 7 AM!! And honestly, I wouldn’t spend my anniversary any other way.

It actually kind of worked out. We were suppose to come to North Captiva the beginning of February to get away and well…the 30+ inches of snow that we got at that time totally grounded us. All of our flights were cancelled and we were stuck in the frozen tundra. I actually recommended to my husband that we push our trip till the end of the month so we can enjoy the entire stay. We would have only gotten a couple days. I’m so glad we did. 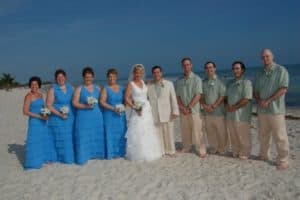 Now as I sit here listening to the sounds of the ocean in front of me and the sounds of my two boys wrestling behind me, I wouldn’t want it any other way.

Truthfully though. I love my kids. And the people that were at my wedding? Sadly, we aren’t even friends anymore. It’s not that anything happened…we just grew apart. The people at our wedding were friends and family from that era in our life. Moving to Philadelphia in June 2007 really turned our life upside down. I remember in the beginning I was really hurt when no one visited. Now? We just moved on. We get some visitors a couple times a year—but Matt and I really were forced to learn to live again.

Some people have a very hard time with change. They stress when their lives change dramatically. Big moves, babies, death…new jobs. Changes aren’t fun for everyone. I actually welcomed change for many years. Mainly because I felt I was in control of my destiny. Little did I know, it was a lot of luck and a lot of being in the right place at the right time! I know I did after having kids. It wasn’t the having kids part—it was the creation of my oldest and what it did to my mind and mental health that was what I struggled with. I mean, change to me was a given. I lived in Kentucky, Illinois, St. Louis, Los Angeles, Virginia, Tennessee…all of those places. Sometimes TWICE and they never affected me the way having kids did. Actually, I think they did. I remember getting gloomy and sad with each change—but I remember bouncing right back into life quickly. 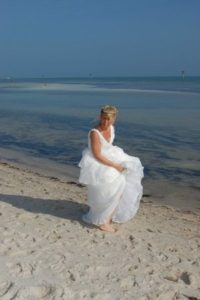 Here I am…fast forward nine years and I’m living a life that I can only dream of. If you were to ask my twenty-year-old self where I thought I would be in almost twenty years….living in Philadelphia as a business owner, not on the radio, Mom of two boys and a dog named Rocky in PHILLY? If I would have told my twenty-nine-year-old self that I will have traveled all over, seen incredible things, met incredible people while married to an incredible man? All of it I would have welcomed…but Philly? Eh. That one slipped through the cracks on me.

I guess what I have to tell you now comes really as no surprise.

I owe it all (including the move to Philly!) to this forty-plus-year-old guy who walked into the bar I was bartending at and told me he OWNED a radio station. The guy who would not leave the bar until I gave him my number. The guy who called me when I was trying to make it on the air in Chicago and giving me more than he’ll ever understand. He use to call me and say things like, “Joey, people don’t just up and move to Chicago and get on the radio like this!” He was this short, arrogant, North Shore of Chicago guy who was obsessed with the Cubs. He was persistent, motivated, confident and knew what he wanted. Annoying at times but so unabashedly honest that it was refreshing.

He wanted ME. This little old country girl from southern Illinois. He wanted his kids to have blue eyes. (He told me that when we got engaged in front of the Alamo.) He wanted to grow old with me. And he loved me in a cowboy hat.

I wonder if he had a clue that I would lose my sh*t after having babies. I don’t think he even had a clue that we would live the first ten years of our married life in Philadelphia either. But I guess he knew that I was the one for him. 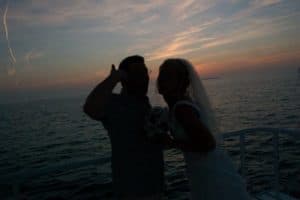 Nine years ago, today…I hopped on a conch train and met this man on Smather’s Beach in Key West with sixty plus of our closest friends and family. We poured two colored sands together in a vase announcing our unity as one. We laughed and enjoyed the sunset cruise on a million dollar catamaran in the ocean while my dad noshed on more shrimp than any man can handle. I’ll never forget how much my dad loved the food there. He loved everything there.

Maybe for my ten year anniversary—we do it all again.

But until then…today I will bask in not just the Florida sun…but also in the love of a man. A man who works harder than any one human being I have ever met. A man that wants nothing more than for his wife to be happy. A man that allows me to truly be who I really am and not what everyone else wants me to be. A man who tells me that when I walk into a room…everyone notices. A man who not only gave me an incredible, fruitful life filled with experiences that only a small-town, poor, country girl can dream of. A man who believes in everything I do. A man who doesn’t stop until he gets what he wants.

And that night in River Shannon in Chicago? A man who stole my heart for life.

I love you Matty. Thank you for all the things you have given me in this life. From our babies, down to the incredible sense of serenity we feel in North Captiva. All of these things come from your heart. I know that years 3-5 wasn’t ideal for either of us. But we made it to the other side. When I was sick, it was the scariest thing in the world. But you never stopped believing in me.

These next ten years are going to be incredible. For sure the best yet. 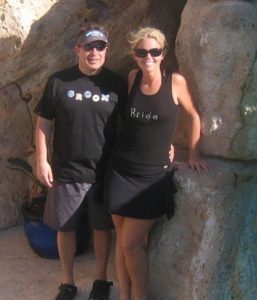 My Predictions for the Next Ten Years:

Joey Fortman is the brains behind #RealityMoms. In 2008, after 20+ years in traditional media hosting radio shows around the country, Joey traded in the microphone for a diaper bag, struggling through her own personal crisis: unemployed, overweight, and lost in the land of mommy bloggers. Little did Joey know, her traditional media background would pave the way for success at Real Mom Media. As a sought after media magnet, Joey has been featured nationally on Good Morning America, Dr. Phil, Anderson Cooper, the Katie Couric Show, Dr. Oz, Redbook, The Today Show, The Talk, Fox and Friends & The Newlywed Game. When not at the sports complex with one of her kids, on an island or a grocery store run, or on Facebook Live with #RealityMoms contributors, Joey is obsessed with adult coloring.
All Posts
PrevPreviousMegabus Making a Difference in NYC #BeTheEnd
NextSix Great Products #CES2016 & #SummitLiveNext