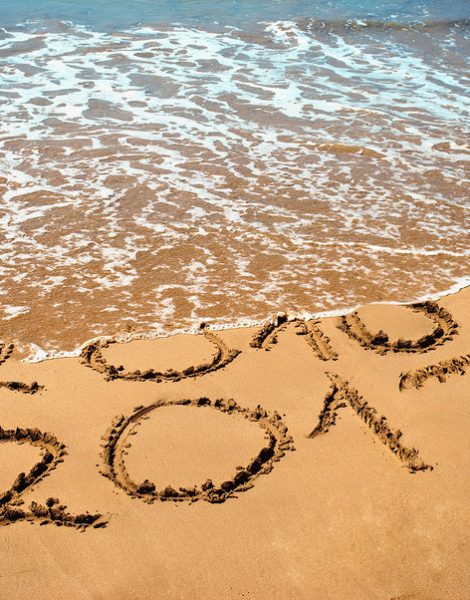 The Case for New Year’s Resolutions

People are pretty bad at keeping New Year’s Resolutions. It’s hard to defend making resolutions—especially if you measure success solely by the number of pounds lost or habits kicked for good. For me, though, the value in New Year’s Resolutions comes from the process, even if they fall by the wayside before February.

“The unexamined life is not worth living.” – Socrates

Julius Caesar saw making New Year’s Resolutions as a way to honor Janus, the Roman mythical god from whom we get the word “January.” Janus had two faces, which allowed him to both look back into the past year and forward to the new year. It may be the combination of the wisdom of the past and the hope of the future that makes me love New Year’s Resolutions.

New Year’s Resolutions are an opportunity to engage in reflection in a proactive way. Self-awareness is a good thing, and it is key for making changes. It also takes some work. Thinking about what we could improve upon (and doing so in a way that is both kind to and gentle with ourselves) can be a big step in becoming a better version of ourselves.

“When you know better, you do better.” – Maya Angelou

Admittedly, the looking back, part of making resolutions isn’t always my favorite. It seems safe to say 2016 was a wild year. A dumpster fire ornament would be well-placed on my tree. While there were definitely highs, there were a fair number of lows, too. It sometimes felt like I was in the midst of a “how low can you go” limbo contest I wasn’t looking to enter, let alone win. I really like the idea of looking back to learn what I can and then leaving the crummy parts of the year in the rear-view mirror.

A new year is a chance to start fresh. It’s a clean slate.

Resolutions are also empowering. They remind us that we are the ones who write our story on that clean slate. We have the power to make ourselves and our story what we want.

“Be the change you want to see in the world.” – Gandhi

From the parenting perspective, New Year’s Resolutions offer a lot of opportunities with our kids. Asking them what they want to change can be an amazing conversation starter. It could be about themselves, your family, or your community. You can talk about how to work on making that change happen. Setting resolutions for ourselves as parents is a great opportunity to model for our kids the process of setting a goal and working toward it.

I love making family resolutions. Even small little tweaks like resolving to having a monthly game night or gather donations together or spend more time outdoors (all positives) can make a big difference. I love the power of synergy that comes with getting everyone on the same page working toward the same positive end.

Not all New Year’s Resolutions fail. One study published in the Journal of Clinical Psychology found that 46 percent of individuals who made resolutions were successful compared to four percent of non-resolvers who wanted to achieve a certain goal and considered it but didn’t actually create a resolution.

I’m not a psychologist, but I’d guess that has something to do with the power of intention. Living with intention is a good thing. New Year’s Resolutions can be a way of stating that intention, even if it’s only to yourself, and it has more force than “I’m thinking about maybe kinda trying something.”

What’s the harm in making a New Year’s Resolution? Give it a shot, and you may be successful. Even if you don’t get all the way to the finish line, making some progress is better than none. Should your resolution attempt be a complete disaster, chance are that it won’t all be for naught. Some of my biggest life lessons have come from my failures.

One and done is often not the best strategy when it comes to changing. You may have to try a couple different approaches, and a few different times. Keep trying. And even if it isn’t a smashing success this year, fear not. There’s always next year!

Shannan lives in the suburbs of Chicago with her husband and teen daughter. She's a recovery attorney who now blogs at BetweenUsParents.com, ChicagoNow, and as part of the Chicago Parent Blogger Network. Her writing has appeared on the Erma Bombeck Writers' Workshop, Scary Mommy, BonBon Break, Brain Child and In the Powder Room, and her essays have been included in two anthologies by The HerStories Project. She is also freelance writer for regional magazines. Shannan was in the 2013 cast of Listen to Your Mother, despite the fact that her daughter often fails to do so.
All Posts
PrevPreviousFlorida Keys Winter Warm-Up
NextReal Talk About BabiesNext