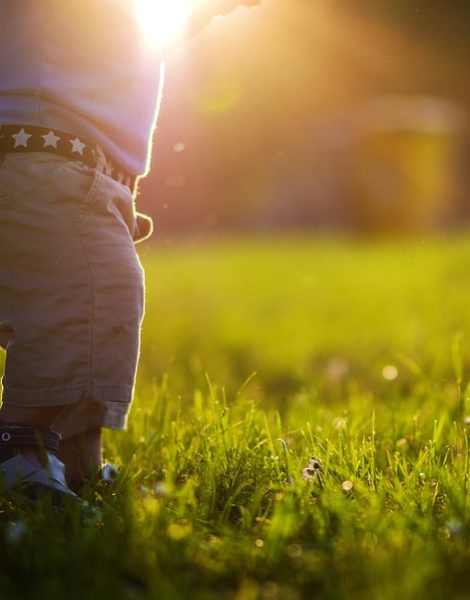 Let Them Grow: What It Really Feels Like To Miss Your Child’s Firsts

There are so many firsts in life: the first taste, first step, first grade, and the list goes on until it exhales from memory altogether.

We experience life at our own pace, but everything changes when you have kids. You start doing things according to their schedule, not yours. You feed them when they want to be fed, not when it is supper time. You lay them down after they fall asleep, not always before. And when they want to become more independent, you step back and give them the space they need to survive.

My daughter woke me one night with tears in her eyes. She was upset over a four-day field trip to another state that she and her classmates had been planning all year long. It was a big deal to both of us because, aside from spending an occasional weekend at her grandparents, she had never been away from home before, and it was all happening the next day.

As we sat on the edge of the bed, discussing apprehensions, she shared her biggest concern.

“It’s weird how all of my firsts are happening at school,” she said. “I always thought you would be with me the first time I did anything and this will be my first time riding a bus, flying on an airplane or going to a baseball game. I’m just sad that you are not going with me.”

We held each other tightly as the weight of her words washed over us. For once, I was going to miss her first, and the thought of it was consuming us both.

After squeezing out a few more tears, I shared something else. “You know; you don’t HAVE to go if you don’t want to.”

Up until that moment, she was under the impression that any school-related decisions were not hers to make. It was a deliberate plan that I had been drafting for months, but something inside of me was not sitting right and I wanted her to be the one to make the call.

And then it hit me: I had just taken a year’s worth of fraudulent joy and obliterated it over a moment of weakness.

She sat quietly with her eyes in full swing while contemplating my offer. Then, without so much as a blink, she took my hand and shook me back to consciousness.

“I’m going to miss you so much,” she whispered, “but I don’t want to regret not going.”

And just like that, my daughter made a choice. She was getting on that airplane whether I liked it or not, and I had to let her go.

I woke in the middle of the night to find her standing next to me. The enormity of circumstance had, once again, trumped her confidence, and she was sobbing in much the same way. She crawled into bed with me, and I handed her a box of tissues. Wide awake, we cuddled, giggled and wept for the next two hours until we fell asleep with smiles on our faces…just in time for the alarm to go off. Tomorrow was today, and my baby was leaving.

It is difficult to articulate the torment that accompanies parenting; it just is. We worry about everything and whatever lies in between: a curse that comes from loving someone more than yourself.

As I hugged her goodbye one last time, my second thoughts were palpable. Every what-if imaginable was now floating through my mind, waving bright red flags of uncertainty.

“Don’t do it,” they shouted, “don’t let your little girl get on that plane!” 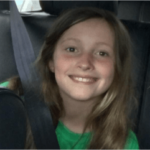 I thought about her a lot that day, as she soared high in the air with a panoramic view of freedom that—at her age—I never knew existed. Like a pilot, I had taken both hands off the wheel and given up complete control because that is what we do: we parent until the memory lands safely back in our minds, and then we thank the powers that be for putting them there.

This post originally appeared on Sassypiehole. It has been reprinted with permission.

This #RealityMom or #RealityDad has graciously agreed to share her word baby with our site and we are eternally grateful.
All Posts
PrevPreviousOur Summer Bucket List is About More than Summer
NextREALITY MOMS PARTNER: Summer Camps and Sports Saved for Snack MomsNext