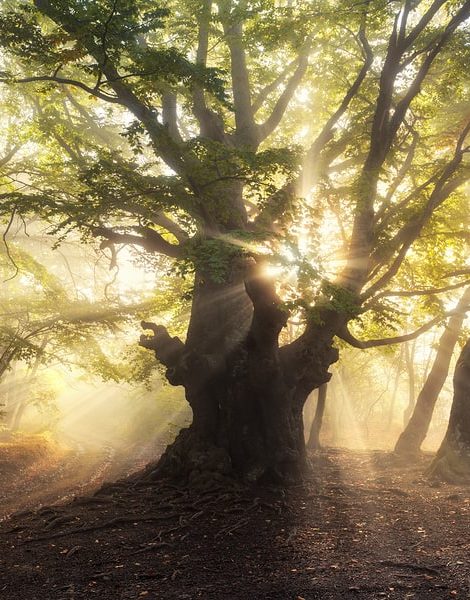 For You, Of Whom We Do Not Speak

The day just passed and I didn’t register it. Five years.

Recently there has been a sorrow in me I couldn’t identify. Now I understand. It’s natural I didn’t have the date in mind. We barely speak of you. Of your loss.

What is that?! Why don’t we talk about you? Because it is too raw, even five years later? It feels like we’ve made you a dirty secret; you were anything but. You were an immense joy & your life crystallised our love for each other. You illuminated the road we hoped to follow.

Now I feel like I’m ready to share our story. To shine a light on your brief life.

Your father and I had barely begun talking about names, but one of our early favorites was Oonagh. We lost you before we’d ever settled on anything, of course. But in my heart, that is your name. Years later, when we found out I was pregnant with your sister, we talked about the name Oonagh. There were lots of reasons we decided against it. But the reason I never spoke, not even to your daddy, was that I’d already given that name to you.

There are so many things I don’t remember; things I’ve allowed my mind to let go of. Yet I hang on to every minute of our last few days together. We both fought so hard, didn’t we little one? You especially.

It was so much worse than “miscarriage”

Even now words fail me. I usually say “miscarriage”, but it was in some ways much worse than that.

I was so sick. At the time we didn’t know why, we visited several doctors who stamped it flu and sent me home to rest. Now I’m pretty certain it was Swine Flu, which was epidemic that year. Not that it matters, really. The fever, that’s what mattered.

My fever was so high I got out of bed to lie on the floor under the ceiling fan. Your father found me and brought me back to bed. I kept getting up to pee again and again and felt like something wasn’t right, but I was on fire and delirious.

We went to the doctor the next day and she was puzzled. Concerned. But she sent us home. Before we even got there she called and sent me for a special ultrasound. At an office in the hospital.

I wasn’t thinking and I went alone.

At first, the technician screen turned to me, sound on so I could hear the reassuring beat of your heart. Oh, the joy I felt hearing that sweet sound. The relief. Then she turned the monitor away when the picture showed a lack of amniotic fluid. As the bitter reality of what those words meant enveloped me, I still clung on to the sound of your heart, beating clearly. After long minutes the tech turned the sound off.

I remember waiting, crying, while they cleared a space in the ER for me. The kind woman who confirmed all of my horror and then gently guided me downstairs and checked me in. I don’t know if it was me or someone else who called your father.

Eventually, my doctor came and explained everything to both of us why I was being admitted. The risk of septicemia was high. There were IV fluids to hydrate and induce me. I stayed overnight in the hospital and I was alone on the other end of the maternity ward. I couldn’t have pain medicine, but they took pity on me and gave me a sleeping pill.

That morning, July 16th, was your thirteen-week mark. And there was no change. The medicines hadn’t worked, I would have to leave the hospital to go to a private clinic.

I’m not even sure if I was awake. I was mentally numb.

It was a long path back. Your father and I worked hard to find a sense of normal. And we did; we moved forward.

Somewhere in there, we stopped speaking of you so often.

So few people knew since we lost you just about the time we were starting to share the news.

You are always loved

We don’t say it out loud, but I want you to know that you are always loved. You are not forgotten.

Sometimes I feel like your life was sacrificed for the sins of my youth. Honestly, I don’t believe that though.

I believe that God sent you to us to help your father and I realize what we wanted out of our life together. Which makes the pain a blessing in disguise, doesn’t it?

You know, in legend Oonagh was the Queen of the Fairies. I’d forgotten that until I looked it up just now. How fitting, my little one. You were the most pure little creature. Our guiding light. 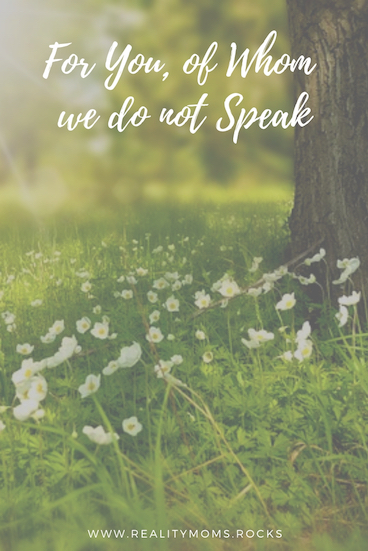 Serendipity Indigo is the self-proclaimed Queen of Silver Linings. She frequently writes about the struggle to find the bright side on her blog Mother of Serendipity. Although raised a military brat, she's called New York City home for the last 16 years. Now a wife & stay at home mother to her two young Rebels she can be found ranting, raving, looking for unexpected treasures, and committing random acts of photography. Most of this randomness is shared on her Facebook, Twitter, Instagram, Pinterest, and whatever other social medias the kids are into these days.
All Posts
PrevPreviousChildren Are Meant to be Unfinished
Next5 Obnoxious Things that Only Moms of Boys ExperienceNext