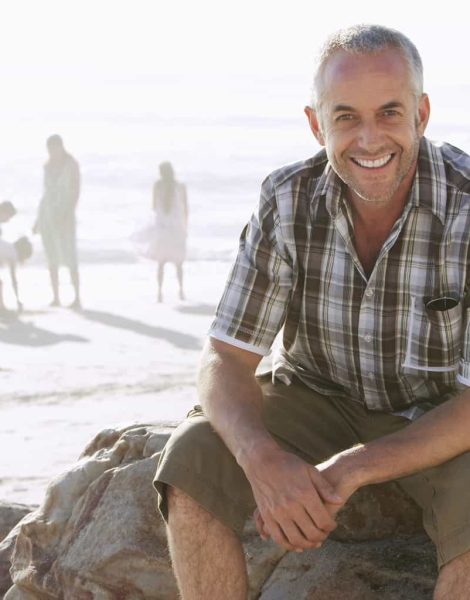 What Do Men Really Want for Father’s Day?

With (the hell that was) Mother’s Day still fresh in my mind and Father’s Day looming, I began to wonder what my husband wanted for Father’s Day. Our situation is a bit different, in that this is our second marriage and we both have kids from the previous marriage. So Mother’s/Father’s Day is a little hard for us. Our boys are young so we need to ensure they are doing a little something for our exes (which gets into a whole discussion about what is “too much” for us to be doing on their behalf) and then also making sure we’re honoring our own parents. This usually ends up meaning what we do for one another is a bit jumbled or simply non-existent.

But this year, I wanted to do something really nice for my husband. So I decided to take a survey and ask friend’s husbands, co-workers, and neighbors, “What do you REALLY want for Father’s Day?” The answers varied, but only a little. And when pressed, the shining winner of a gift was…

Of course, when I stopped and thought about it, I was not surprised. Isn’t a lack of sex what you hear about as being the biggest issue for married men? Now I did hear a lot of other ideas like, “time to enjoy my favorite sport or activity, like golf,” but the big caveat here was not just to be allowed the luxury of indulging in it, but to be allowed to do it without guilt.

Hmmmm. So they do pick up on our subtle eye rolls, sighs of frustration and angry glares. Good to know.

I also heard a lot of no honey-do lists for the day. No suggestions, hints, notes, or smoke signals for help either. Just quiet. Also, no suggestions of what they might be looking forward to next weekend like, “I am so glad you are enjoying today. Hey! Next weekend, let’s think about tackling the mess in the garage.”

Also, coming in high on the list was “manly food.” Now I only had one person refer to the food this way, but in talking with the other men, I got the gist that this is what they were asking for, they just did not have the terminology down. The food mentioned was:

So, I am all set on husbands gift, pretty easy to go buy beer and I was feeling pretty good about my survey, when it hit me; what the hell do I get my DAD for Father’s Day? Guess a phone call to mom is in order. Ewwww.

This post originally appeared on TipsyTiaras. It has been reprinted with permission.

Heather LeRoss is the two-time award-winning author of Just Tell Me I’m Pretty: Musings on a Messy Life. Visit HeatherLeRoss.com now and download three FREE chapters of the hilarious book that was dubbed, “Best book I’ve EVER read,” by Heather’s Mom. You can also follow her on Facebook.
All Posts
PrevPreviousThe Sixth Stage of Grief: Fear that It Will Happen Again
Next6 Reasons for a Family Visit to Gaylord National this SummerNext